The governor of Ha'apai in Tonga says stronger materials and different structural designs means that its new buildings and homes are now more climate resilient.

The Ha'apai Island group was hit by a category five cyclone in January 2014 killing one person and injuring 14 others.

It flattened infrastructure and half of all commercial buildings and also damaged 13 out of 17 schools. 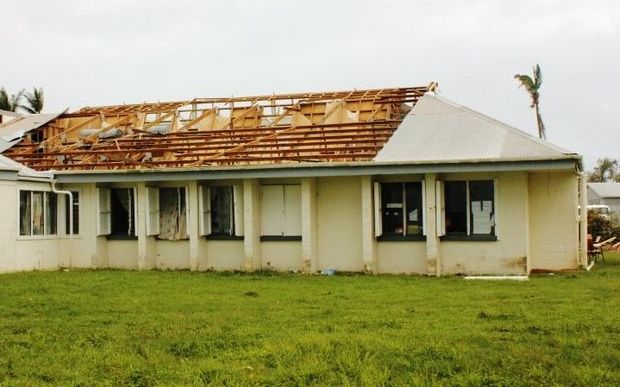 Twelve new school buildings are among some of the infrastructure that has been rebuilt since Cyclone Ian, and are now in full use.

Governor Mo'ale Finau said he believed the new buildings could withstand the impact of a category-five cyclone.

"I can see the roof in this building are different from the roofing that was used before. Plus, in the windows, they put strengthening wood from outside for times of disasters like heavy rain or something like that. The structural make-up of the buildings is much different from what I used to see in the past."

Mo'ale Finau said almost 300 students had been receiving their schooling in tents and temporary shelters for the past two years.

He said the children were excited to be back in buildings that had been rebuilt stronger.

"I have no doubt about it you know. I can say these 12 buildings, they can all withstand a category five cyclone. So we have learned lots of things after cyclone Ian. It is good now that all parties come together and do work here in Ha'apai to make sure it lasts."

The reconstruction of the island's main High School is expected to be finished by May.