Aerial photos have revealed wide-scale destruction on the north-east Fiji island of Vanuabalavu from cyclone Winston. 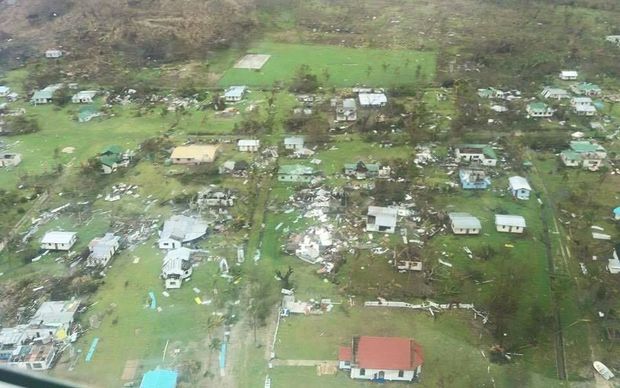 The most powerful storm in the country's recorded history barrelled into Fiji's main island of Viti Levu and smaller islands late on Saturday, destroying entire villages, flooding low-lying areas, and wiping out crops. At least 36 people were killed.

Pilot Neil Covert, who took the images of Vanuabalavu, said whole villages were wiped out, a wharf had been destroyed and the island was in ruins.

He told filmmaker Jeremy Pareti that four people had died on the island.

Mr Covert, who flies for the nearby Mago Island, owned by Mel Gibson, said communication towers made from steel were ''crumpled up like scrunched up paper''. 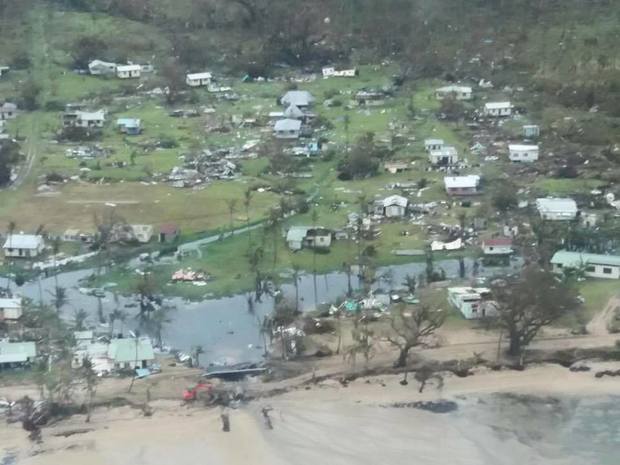 Vanuabalavu is the island of former Prime Minister Laisenia Qarase, who is in Suva but has seen the photos and said there were ''probably a thousand houses destroyed.''

''I'm 75 years old and the damage I've seen, the extent of the damage, this must be the worst thing in living memory for Fiji.''

He said the government needed to send a team to Vanuabalavu as they had already for Koro Island.

Mr Qarase said the people would need emergency shelters and the first priority would be to treat any seriously injured people.

Some of the people commenting on the photos, which have been shared on Facebook, say they can only recognise their village by looking at the church building. 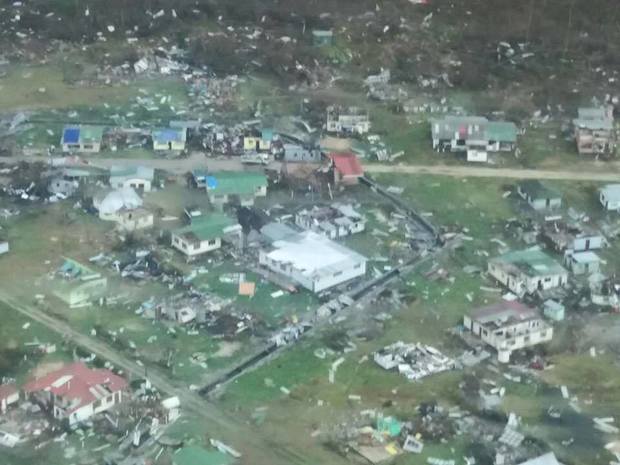