Women and children from a small Fijian island directly hit by Cyclone Winston are recovering in Suva after their village was wiped out. 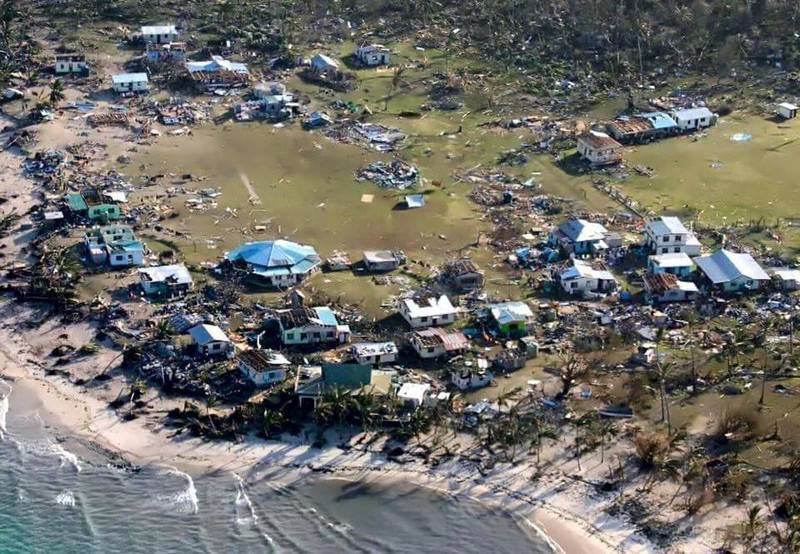 From the air - Yacata Village on Yacata Island in Fiji's northern Lau Group, one of the first islands to be hit by Cyclone Winston. Photo: SUPPLIED 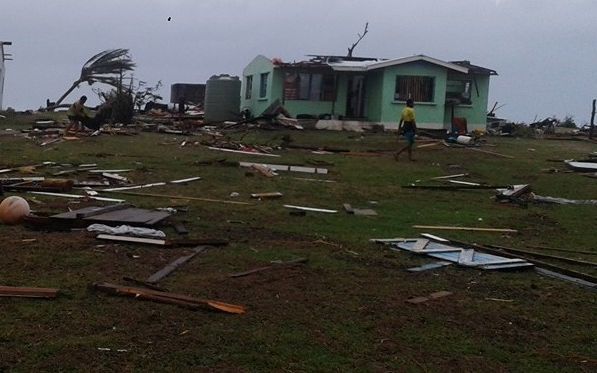 In the path of the storm - Yacata Village on Yacata Island in Fiji's northern Lau Group. Photo: SUPPLIED 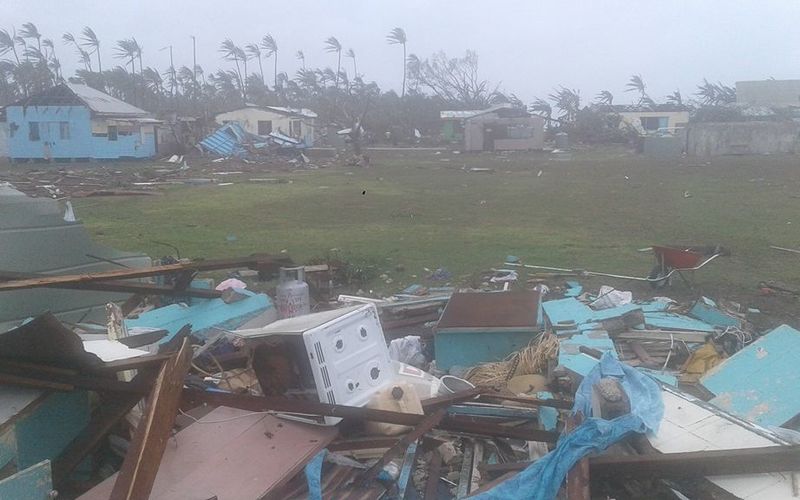 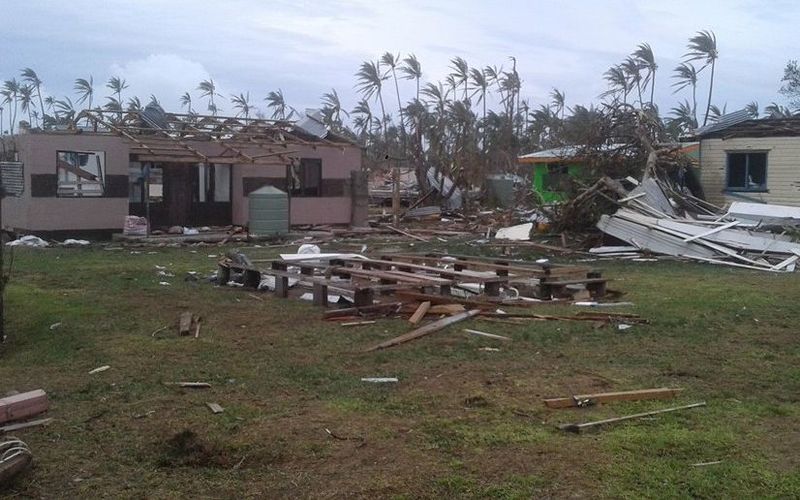 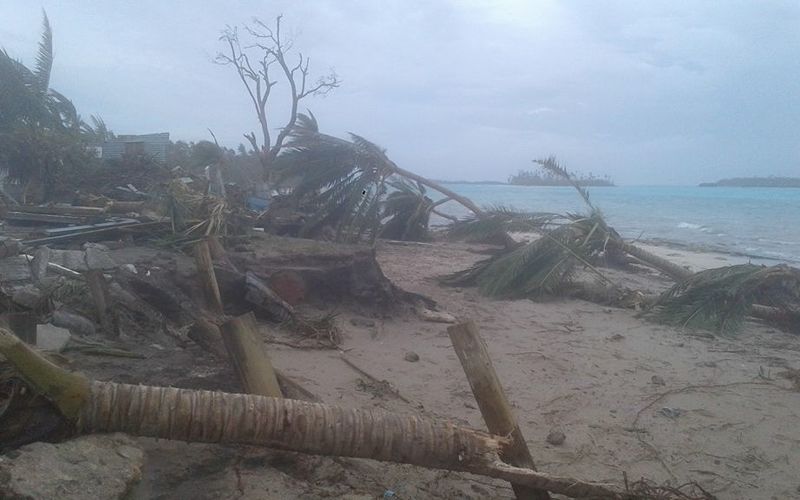 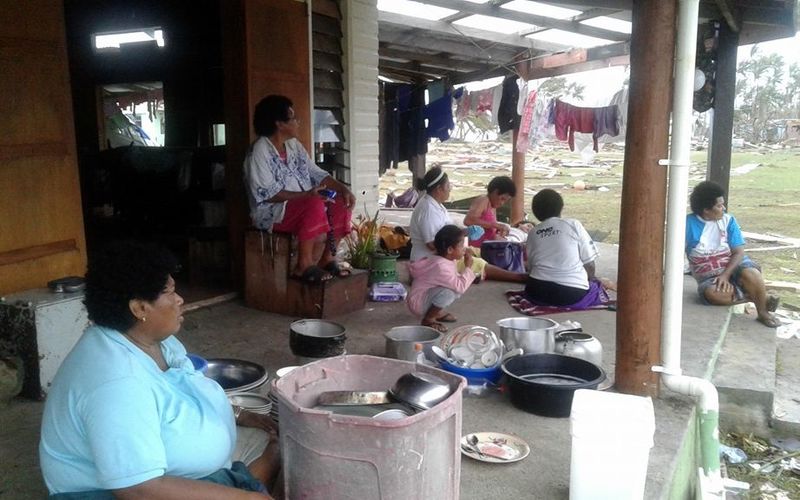 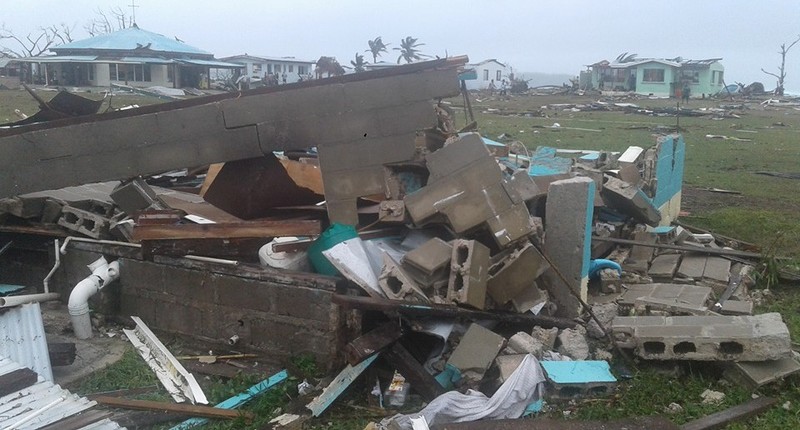 Yacata island in Fiji's northern Lau Group took the brunt of the category 5 storm as it swept in on Saturday afternoon.

48 of the 200 people who live on Yacata were evacuated in a Twin Otter aircraft on Sunday morning and some have been hospitalised.

Penioni Toga, who is from Yacata and lives in Suva, said half of the 50 houses in Yacata village were swept a kilometre inland by the huge waves whipped up by Winston.

He said luckily Winston struck during the day and no one was killed.

"This hurricane will traumatise them because they will never expect concrete blocks to go down, just like to go down to ash.

"That's another thing that's really traumatised them now by seeing what happened to those constructed block houses, down to ashes."

Mr Toga said a recovery team is being organised to help rebuild the island.

Meanwhile, people in villages around Labasa in the north of Fiji fear flooding from the swollen Labasa River could worsen their already tight food supply.

She said people were also worried about contaminated water supplies.

"There's heavy rain on and off so the river is filling up fast so right now Labasa is under threat of flood so if it floods today all their food crops and vegetables will be damaged."

Ms Vasulevu feared assessments by the authorities could take up to three weeks which will be too long for people to wait for supplies.

She said damage to homes around her was not too bad and communication and power was slowly being restored but people are yet to receive any help.