Port Vila erupted for a brief time on Saturday with the sound of a convoy of vehicles tooting their horns and people cheering out loud as the successful candidates from Friday's snap election in Vanuatu paraded through the potholed streets of this peninsula town. 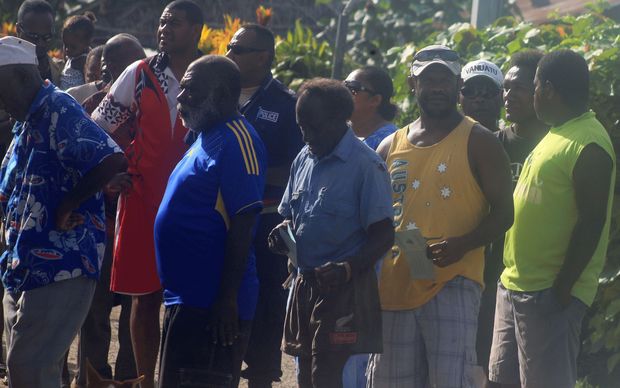 Voters line up outside a polling booth in Port Vila. Photo: RNZI/Hilaire Bule

At one impromptu parade, dozens of people squeezed onto the back of flatbed trucks, some hanging off the edges, and filled beyond capacity the loud, run-down vans that serve as buses here.

They cheered and leaned out their windows waving flags as the convoy moved along slowly, drawing residents from their houses to watch the spectacle roll by.

In a truck at the front, waving with an effusive grin, was Ishmael Kalsakau, a newly-elected MP, who wasn't stopping for an interview.

The parades ended a snap election that emerged about as suddenly as Mr Kalsakau's parade did on Rue de Cornwall.

That followed the jailing of 14 MPs for corruption, including the deputy prime minister Moana Carcasses and the then-speaker of parliament, Marcellino Pipite's decision to pardon them in his capacity as acting president at the time. Another, Willie Jimmy, was convicted but given a suspended sentence for pleading guilty. 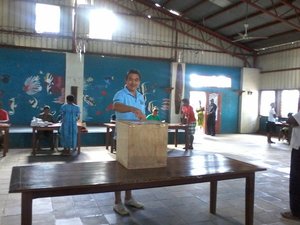 The pardons were overturned, and the MPs were jailed for as long as four years, and banned from public office for ten.

A month later, Vanuatu went to the polls in what the chair of the Commonwealth's observer group, Hubert Ingraham, a former prime minister of the Bahamas, said was "an orderly and peaceful" affair.

"The group was of the general view that polling officials displayed professionalism and integrity, and ensured the voting process was well organised and that voters were able to cast their votes in an orderly manner," Mr Ingraham said.

"We commend the Vanuatu Electoral Commission for preparing for and conducting the 2016 General Election under difficult circumstances, given the early dissolution of Parliament." 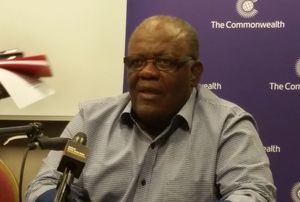 That was high praise for the job done by an office of 10 staff who had minimal resources.

Its own chair, John Taleo, had said the office had struggled to organise the election with only a month to prepare.

The unofficial preliminary results began to trickle in a few hours after polls closed at 4:30pm on Friday, and were still being released well into Saturday afternoon. They indicated, as many suspected, that the parliament is in for a cleanout, with many veteran politicians voted out of office.

Among the big upsets was in the constituency of Maewo, where the former speaker of parliament and long-time MP, Philip Boedoro, lost his seat to the shipping magnate, Ian Wilson, a first time candidate who received almost double Mr Boedoro's votes.

In Epi, the former justice minister Robert Bohn - who was acquitted in the trial that saw 14 of his government colleagues jailed - was convincingly voted out of office.

And an opposition politician and former prime minister, Ham Lini, was voted out on Pentecost island, which makes the next parliament the first since Vanuatu gained independence in 1980 to not have a member of the Lini family (Mr Lini's brother, Walter, was one of Vanuatu's founding fathers and the country's first prime minister).

The caretaker prime minister Sato Kilman has been re-elected to his seat in Malekula, and the former prime minister and incumbent opposition leader, Joe Natuman, has increased his 2012 numbers to lead the constituency of Tanna.

In Port Vila, former attorney-general Ishmael Kalsakau has been elected, along with Kenneth Natapei, the son of former prime minister Edward, who died last year.

Mr Natapei was elected a by-election following his father's death last year, but parliament was dissolved before he was every able to be sworn in, and Kalo Seule, who ran for the Green Confederation Party in place of Mr Carcassess.

Another Port Vila MP, Ralph Regenvanu - one of the main opposition voices during the recent political turmoil - is set to retain his seat.

Nationwide, his Graon mo Jastis Pati is well placed to win seven seats in the 52-seat parliament, which would give the party a strong position with which to negotiate as coalition talks begin.

That wrangling could take as long as two weeks. No party has the 27 MPs needed to form an outright majority to govern alone, and a coalition government is certain.

Mr Regenvanu's GJP party, the Vanua'aku Pati of Mr Natapei and Mr Natuman, along with a few other minor parties have already formed a bloc to try and muscle into government called The United Front for Change.

But that would still need to enlist at least seven independent MPs, and the incumbent prime minister, Sato Kilman, will be vying for the independents' support too.

At an evening kava ceremony to celebrate his victory on his family's plot in the hills above Port Vila town, Kenneth Natapei said that in a country where political coalitions fall apart regularly and governments being ousted through motions of no confidence is the norm, his bloc would stay together and work to solidify the alliance more.

"For the last couple of years our leaders have been mostly fighting over power," said Kenneth Natapei in an interview beneath a coconut tree on a hill that overlooked the sun setting on Port Vila harbour.

"We need to amend a few laws to discourage Members of Parliament from switching sides, and finally bring stability to parliament.

"We need change to finally end political instability and corruption," he said as the golden orange sky melted away and darkness took over.

"All the people in Port Vila - in Vanuatu - they want change." 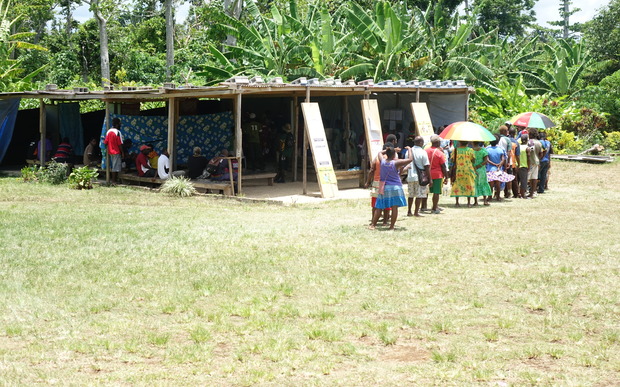