Early results for Friday's election in Vanuatu indicate that some veteran politicians have been voted out of office.

Unofficial results for the smaller constituencies were the first to come in on Friday night, and suggest there will be plenty of new faces in parliament.

Polls closed at 4:30pm local time, and counting began around the country soon after. The snap election was called after the President dissolved parliament last month following the conviction of 15 MPs for corruption.

Preliminary unofficial results trickling in suggest there will be a large turnover.

And in Epi, former Justice Minister Robert Bohn - who was acquitted in the trial that saw 14 of his government colleagues jailed - was convincingly voted out of office.

However, the caretaker prime minister Sato Kilman is on track for re-election in Malekula.

He, former Attorney-General Ishmael Kalsakau and Kenneth Natapei are among the frontrunners in the six Vila seats.

Overall, Mr Regenvanu's Graon mo Jastis Pati is well placed to win seven seats in the 52-seat parliament, which would give the party a strong position with which to negotiate as lobbying over the formation of a coalition government swings into play.

The last results will be the large constituencies of Port Vila, Efate, Tafea, and Santo. 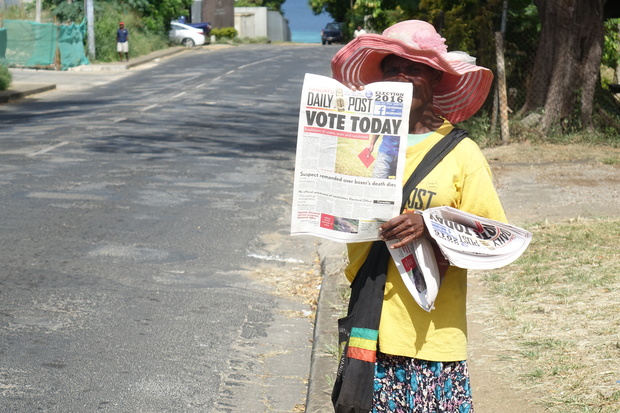