The Indonesian president Joko Widodo has promised major infrastucture plans for Papua during his end-of-year tour of the area, saying by 2018 all regencies will have proper roads.

He has signalled the construction of a large port to accommodate bigger ships which in turn should lower the cost of goods to be distributed.

According to the Antara new agency, the president pledged that all regencies would be connected with a railway track in three years, with Sorong being the likely starting point for the network.

During his three-day tour, he inaugurated several development projects, such as the expansion of Wamena's airport.

In Wamena, he reportedly said Indonesia is prepared to enter into dialogue with anyone who is involved in armed struggle in Papua as long as it is within the context of advancing development.

The region has seen a low-level separatist war and human rights violations by security forces. 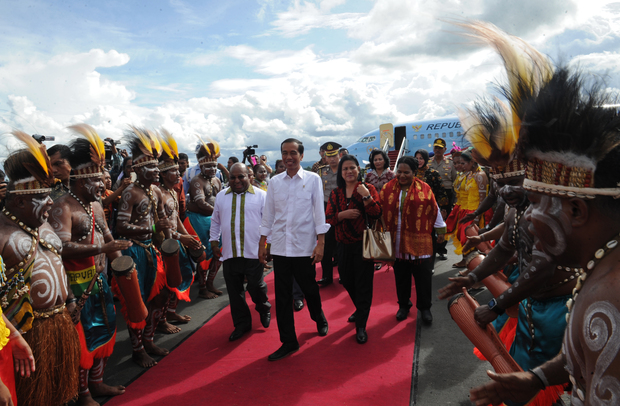