Human Rights Watch says the release of Filep Karma after 11 years in prison is good but says there are about 100 other West Papua political prisoners who should be released too.

Filep Karma was freed from prison on Thursday on the outskirts of Jayapura, the capital of Indonesia's Papua province. 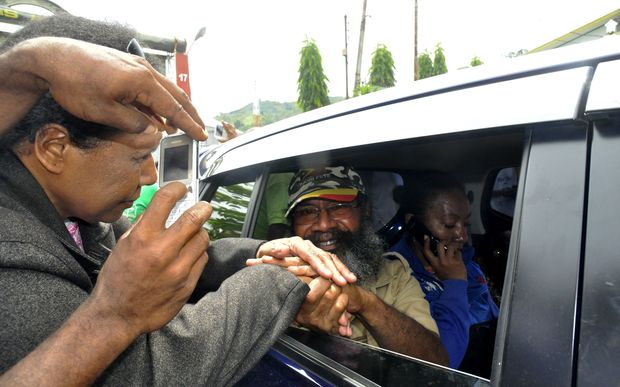 Papuan pro-independence activist Filep Karma (inside vehicle) shakes hands with his supporters after being released from prison in Abepura, Papua province, on November 19, 2015. Photo: AFP

The 56-year-old was jailed for raising a pro-independence flag at a political ceremony in 2004.

He says the government should release all political prisoners.

"After May when President Joko Widodo released five prisoners, 14 more were arrested in Papua. In fact I just had a chat this morning with a top official in Jakarta, I told them that 'look again there are still many others in jail because of their peaceful political activities and they should be released'."