Fiji's trade minister says in its current form, the Pacific Agreement for Closer Economic Relations or PACER Plus leaves a lot to be desired. 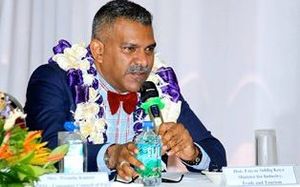 Its trade minister, Faiyaz Koya, has told FBC News that despite considerable progress made in the negotiations, there are still a number of issues of contention.

The 13th round of the trade negotiations is underway in Fiji this week.

Mr Koya says PACER Plus doesn't provide binding commitments in labour mobility or development cooperation, adding that Fiji may consider pulling out from the deal.

The minister says all governments should ensure that negotiations result in a long-term, predictable and sustainable agreement - leading to increase in exports, job creation, poverty alleviation and private sector growth.

Mr Koya says Pacer Plus should be a living agreement, without any country having difficulties in implementing the agreement.