A Wellington-based academic from Vanuatu has urged New Zealanders to look more closely at the roots of climate change.

Pala Molisa from the School of Accounting and Commercial Law at Victoria Business School was one of the speakers at a major march in the New Zealand capital yesterday demanding climate change justice.

More than 20-thousand people took part in more than 30 marches throughout New Zealand, calling on the government to take urgent action to combat global warming.

The biggest march was in Wellington, where organisers say seven-thousand people marched to parliament.

Mr Molisa said New Zealand could do a better job of confronting the structural roots of the climate crisis, which he said were centrally linked to the prevalent economic system. 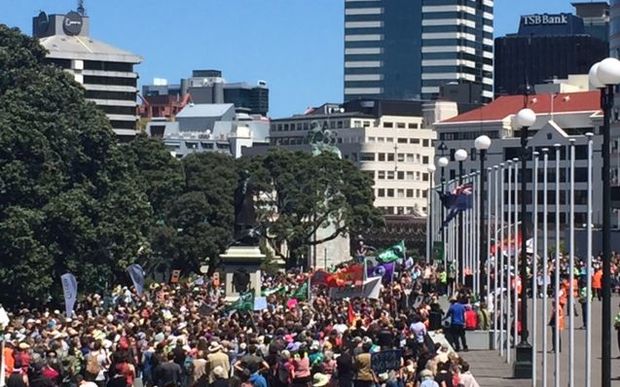 Leaders of Pacific Island nations have voiced frustration at the lack of political will among developed countries to mitigate the driving factors behind the devastating climate change impacts in the island region.

Mr Molisa said that government discourse on climate change tended to be clouded by an assumption that under the current economic system perpetual growth was possible.

He claimed that this was related to the way New Zealand governments over the past thirty years had become increasingly beholden to corporate power.

The academic encouraged New Zealanders to think more deeply about how this drives climate change, and to demand meaningful climate policy from their representatives.