The Premier of Niue, Toke Talagi, has paid homage to Niue's First World War soldiers buried in a church graveyard in England. 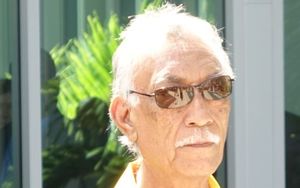 Niue's contingent, sent to France in 1916, suffered disproportionately from disease with large numbers dying, including four, Privates, Moki, Vasau, and Taleva, at Hornchurch in England.

They had been sent to Hornchurch for medical care.

The Premier attended a church service at St Andrews at Hornchurch over the weekend.

He says the locals appreciated his gesture and the thanks he conveyed from the people of Niue for the generosity and care shown to Niue's soldiers by the people of Hornchurch.

Mr Talagi is in England to attend the Rugby World Cup.