Cambodia's interior minister says his country will accept another two refugees held by Australia on Nauru. 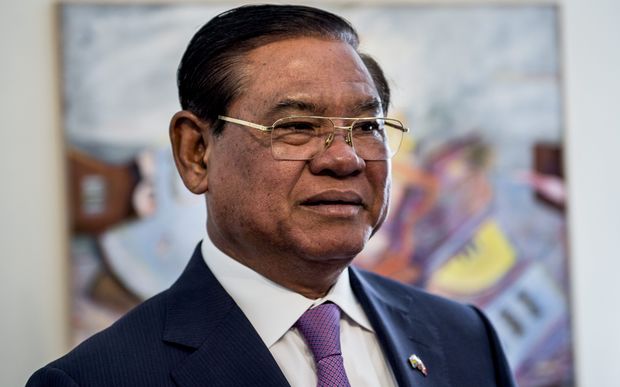 The Cambodia Daily reports that Sar Kheng told a local television station on Thursday that a delegation had just returned from Nauru where it met the applicants.

Mr Kheng says Australia had said it had four people who had volunteered for resettlement, but two of them have since decided to remain on Nauru.

He would not say when the two would arrive or why the others had changed their minds.

Cambodia has so far only resettled four refugees from Nauru under a 38 million US dollar deal between the governments of Australia and Cambodia signed last year.

Last month, Australia's immigration minister, Peter Dutton, met with Cambodia's prime minister, Hun Sen, in an attempt to salvage the deal after Cambodia declared that it had no plans to resettle any more than the four it had already accepted.

The newspaper says the three Iranians and a Rohingya have been sequestered inside a gated village in Phnom Penh since their arrival, and the Rohingya has since asked to return to Myanmar.