Cambodia has agreed to take in more refugees from Australia's detention centre in Nauru.

This is despite having indicated earlier it would pull out of the controversial resettlement agreement having taken in only four people.

The Cambodian Prime Minister Hun Sen has held talks with Australia's immigration minister, Peter Dutton, and both have agreed to stick to the plan to take small numbers of refugees from Nauru on a voluntary basis.

Cambodia said it wanted more refugees in groups of four to five at a time and would send a team to Nauru to interview more detainees.

As part of the deal with Cambodia announced a year ago, Cambodia would get US$28 million in additional aid from Australia regardless of how many asylum seekers it took.

Rights groups have chided Australia for trying to resettle refugees in developing countries like Cambodia, which is frequently in the spotlight for human rights abuses.

On Sunday Cambodia said one of those resettled in Cambodia, a minority Rohingya Muslim, had asked to return to Myanmar. 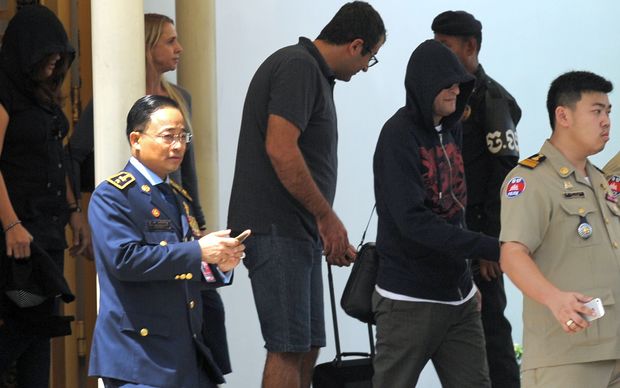