Amnesty International is using the findings of a new report to express concerns for the safety of four refugees transferred to Cambodia under an agreement with Australia. 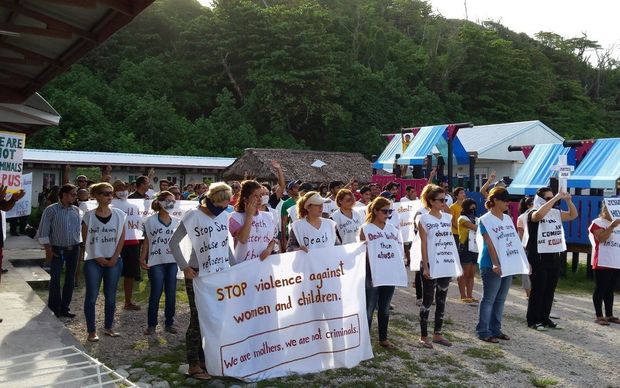 The transfer came as Amnesty released a report that reveals the Cambodian government's violent repression of some of the largest demonstrations in the nation's history during 2014.

Amnesty's research director for Southeast Asia, Rupert Abbott, says its report documents how victims of serious human rights violations by security forces have been left without justice and effective remedies, while those responsible continue to walk free.

He says the findings bolstered concerns that refugees transferred to Cambodia may not be protected from human rights abuses.

Amnesty has called on the Australian government to honour its responsibilities under international law and cease the transfer of asylum seekers and refugees to third countries where they were not adequately protected from human rights abuses.

Under the Abbott government's hardline immigration policy, asylum seekers who arrive by boat are denied resettlement in Australia.

They are instead sent to detention centres in Papua New Guinea and Nauru.

The deal with Cambodia, signed last September, allows those granted refugee status in Nauru to permanently resettle in Cambodia.

The United Nations has condemned the deal, while refugee advocates say asylum seekers do not want to be sent to Cambodia.