A damning report has found children detained indefinitely at the Australian asylum camp on Nauru are suffering from extreme levels of distress. 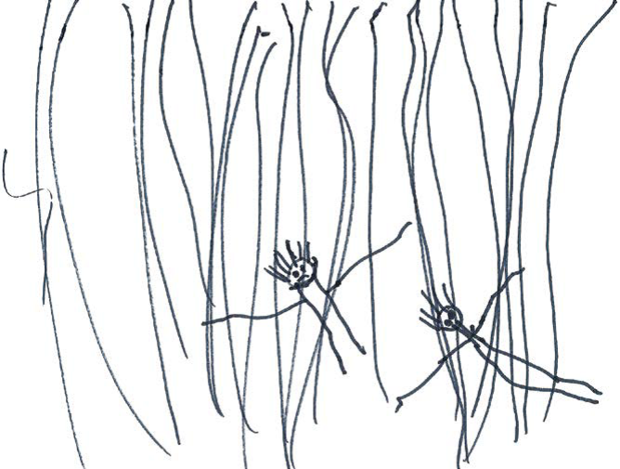 The Australian Human Rights Commission report, The Forgotten Children, has called for all children to be released from both mainland and offshore detention.

"Thirty-four percent of children detained in Australia and Christmas Island have a mental health disorder of such severity that they require psychiatric support," said Professor Triggs.

"We believe the rate is significantly higher in Nauru. Children are self-harming in detention at very high rates. There were 27 incidents of voluntary starvation involving children. Children have also been exposed to unacceptable levels of assault, including sexual assault and violence while in detention." 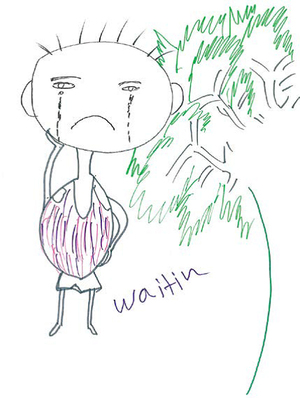 1,129 children were interviewed in the Australian, Christmas Island and Nauru camps over a 15-month period, from January 2013 to March 2014.

Saying that many children have arrived unaccompanied, Professor Triggs told the story of a 17-year-old who came from Pakistan alone in 2013.

"He'd been subject to torture, and to trauma at the hands of the Taliban, and he saw his friend murdered," she recounted.

"Despite repeated recommendations both by a psychiatrist and by the director of mental health of the department of immigration that he be moved to community detention for treatment, he has been held in closed, indefinite detention."

Professor Triggs said 211 children remained in detention throughout Australia and on Christmas Island, and a further 119 were being held indefinitely in Nauru.

She said children were detained for an average of 18 months, but some were held for years.

Meanwhile, 128 babies have been born in detention within the last year.

A nurse who worked in the family wing of the Nauru detention centre, Alanna Maycock, said she saw children being exposed to "shocking" conditions.

She said she saw a lot of behavioural problems and self harm due to trauma.

"One seven-year-old child had put electric cable ties around her neck to try and hang herself," said Ms Maycock.

"Another 15-year-old boy that we saw had sewn his lips up. And I spoke at length with him to try and encourage him to stay strong and that we would advocate for him when we left the camp."

Ms Maycock claimed she witnessed a three-year-old boy on strong anti-psychotic medication, and women and children wetting their beds in the night because they were too frightened to walk up to 120 metres to a toilet.

Camps could cause long-term damage

A child and family psychiatrist who conducted interviews with children for the report Sarah Mares said the extremely harsh conditions of the camps could cause long-term damage to children.

"When children are deprived of normal developmental experiences, when they're not given the opportunity to grow and thrive, when they're growing up in conditions where they're continually exposed to violence, and when they're scared, their health needs aren't adequately met, then all of those things deprive them of the things they need to grow up strong and healthy," Dr Mares said.

A child and adolescent psychiatrist, who also assisted in the report, Nick Kowalenko, said post-traumatic stress and self-harm were likely to be seen in children long after they leave the camps. 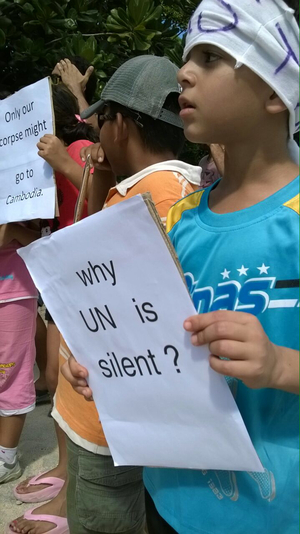 The report has recommended setting up a royal commission to investigate the long-term effects of detention on children's physical and mental health.

"Under the convention on the rights of the child, a child may be detained only as a last resort," said Professor Triggs.

"Indefinite detention in poor conditions without effective access to appropriate medical care, education, or supervision by our courts, amounts to arbitrary detention, contrary to the most ancient common laws that prohibit detention without trial."

A spokesperson for Immigration Minister Peter Dutton claimed that to a large extent the report was redundant and the circumstances it referred to were now confined to historic reference.

He said the numbers peaked under the Gillard Labor government in 2013 when 1992 children were in detention, but today, just 192 children remained in detention.

The government, he said, was working on moving out as many detained children as possible, but some of the cases involved complex security concerns and other matters related to their parents.

He said many of the report's recommendations reflected existing government policies and were superfluous.

The Forgotten Children report was tabled in Australia's parliament on Wednesday night, the last possible opportunity it could have been tabled, despite being handed to the Abbott government in November.

"I think it is with great disrespect to those children, to the witnesses, and to the Human Rights Commission themselves, that the government, despite having the report since November, has waited until a couple of minutes to seven tonight, to table it," she said.