Not only are we saying goodbye to the decade, we are also saying farewell to Upbeat producer and music journalist Zoë George. Here she chooses five pieces that reflect her time with RNZ Concert and RNZ Music. 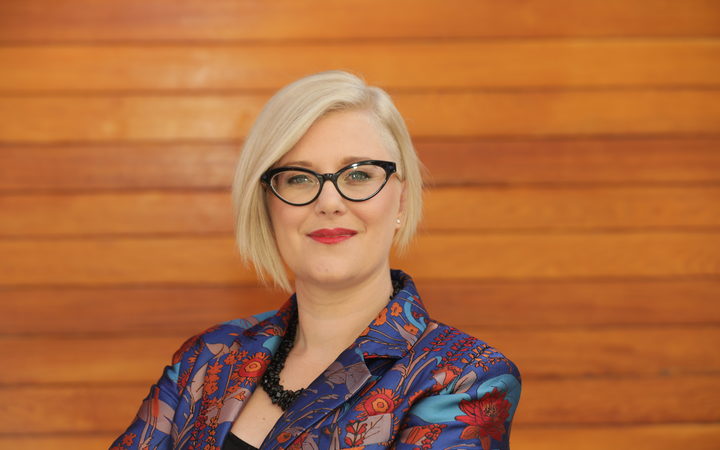 For nearly four years producer and journalist Zoë George has been busy working away behind the scenes, organising interviews, researching, and chasing big stories.

She’s covered a lot, from the redundancies at the University of Auckland’s School of Music to interviewing The Count and Kermit the Frog from The Muppets. And she can put “performed with the NZSO” on her CV – having dressed up as a dinosaur to play finger cymbals in the theme to Jurassic Park.

When she hasn’t been busy chasing music stories, she’s been creating sport podcasts. This year she hosted Not Your Average Cricket Show with Justin Gregory, and for the last three years she’s produced and presented Fair Play, a podcast covering issues related to women in sport. Last year she was a finalist for long form sports journalist and for coverage of women’s sport at the TP McLean Sports Journalism awards. Perhaps unsurprisingly Zoe is leaving RNZ for a role as a sports reporter at Stuff. We wish her all the very best.

Here are five pieces of music, chosen by Zoë, that encompass her time with the RNZ Music team:

I’ve been the go-to musical theatre expert at RNZ. I’ve loved the art form since I was young and have been in a few shows at the Wellington Opera House over the years. I’ve interviewed some musical theatre heavy-hitters including Matilda writer Tim Minchin and the creator of Wicked Stephen Schwartz. I’ve also covered major issues associated with it, including how it’s not all razzle-dazzle for kiwi musical thespians. 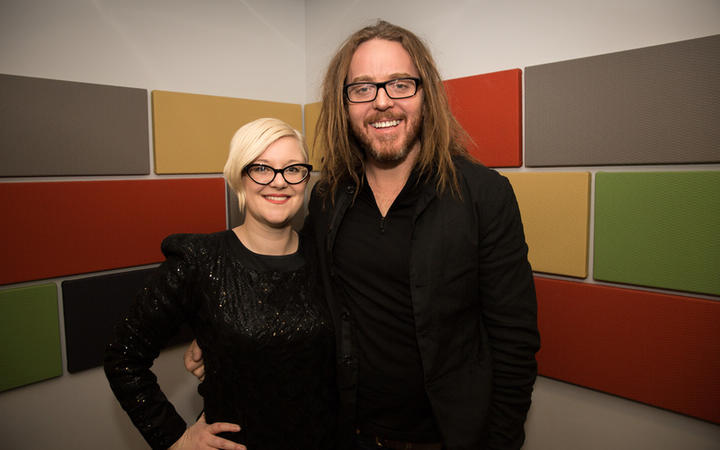 It was hard choosing my favourite piece of musical theatre. I did consider Hedwig and the Angry Inch, which had its New Zealand premiere at the Court Theatre in May. Diversity and identity is at the core of this musical.

But it seemed fitting to choose a piece that has become an anthem for me, and it’s locally made. That Bloody Woman is a punk-rock musical about Kate Sheppard written by the very talented Luke Di Somma and Gregory Cooper. It combines female empowerment with catchy tunes. And there’s a song called ‘F**k F**k F**kity F**k’. What’s not to love?

‘The Firebird’ by Stravinsky

Earlier this year I had the honour of covering the reopening of the Christchurch Town Hall, first at the Shapeshifter/Christchurch Symphony Orchestra gig, then with the CSO the following night where the orchestra performed this piece.

It was so fitting. Christchurch, and the CSO, have been through a lot since the February 22 earthquake and this indicated they were rising from both the proverbial and literal ashes.

I lived in Christchurch for many years, first as a university student then again in my 20s working in journalism then sport. I was there for February 22. It was devastating, on so many levels.

To be back at Town Hall, all those years later, was truly special.

Over the last few years we’ve seen orchestras around New Zealand – and the world – perform an increasing number of film scores. It’s attracting a new, younger audience to classical music, making this art form relevant for the next generation.

Last year the New Zealand Symphony Orchestra performed Star Wars: A New Hope, and continued the trend taking the first Star Wars film and The Empire Strikes Back to our major centres this year.

I do love a good film score, but there was something very special sitting in the first NZSO performance of this. The crowd cheered and clapped. They ate popcorn and hot chips. They gave a standing ovation and asked for more.

While this isn’t part of the classic classical repertoire I do think we’ll see more of this in the future; I will hopefully be making a trip to see the CSO perform Jurassic Park in June 2020 – a score I know all too well.

A few years ago a lovely German-Canadian cellist popped in to talk with us at RNZ Concert, and from that moment I’ve been a fan of Johannes Moser.

Not only is he a talented cellist, he’s also fantastic to chat to and his ability to play made me appreciate classical music even more.

He only just beats Sol3 Mio as being the nicest guy in this art form. Amitai Pati, Pene Pati and Moses MacKay have been in our studios several times, and just like Johannes Moser they are not only super talented; they are beautiful souls. And they’ve opened their art form to new audiences.

The Bach Cello Suites are just stunning and shows Moser’s ability to get inside the music and tell the story behind it. I’m looking forward to seeing him again in 2020 with the NZSO.

This festive number holds a special place in my heart. Not only does it capture this time of year perfectly, it was also a piece I got to perform a few years ago at the New Zealand Singing School.

It’s such great fun and was my first foray into performing opera.

It’s dedicated to all my incredible colleagues at RNZ Concert and RNZ Music, and to you, our listeners. If it wasn’t for you, we wouldn’t be here doing what we do. Cheers!