Identity and diversity at the core of punk-rock musical

It was a big risk for The Court Theatre to stage something as flamboyant, fabulous and confronting as Hedwig and The Angry Inch, but it’s what Christchurch, and New Zealand, needs right now.

Identity, diversity and self-acceptance are at the core of the musical which had its New Zealand premiere on Saturday. 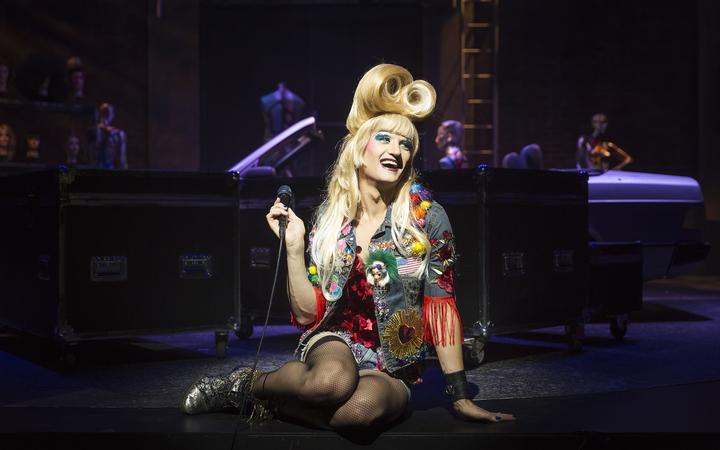 Adam Rennie as Hedwig in the musical Hedwig and the Angry Inch Photo: Supplied

It follows genderqueer East German rock singer Hedwig and her band The Angry Inch as she navigates who she is and how she fits into the world.

Those themes are something the cast and crew of Hedwig have embraced as well.

Court Theatre Artistic director Ross Gumbley says while the rights to the show were “incredibly hard” to secure it was important to bring it to the Garden City.

“Hedwig is a work that speaks to the zeitgeist. Hedwig raises questions about gender identity and is told with the voice of an immigrant to the United States – two of the hottest topics of the day,” he says. “One of the reasons for the show’s spectacular International appeal is that the work is built upon a profound well of pain – the pain of compromising your identity and then the triumph and celebration of accepting who you are. When you throw in some unrequited love it isn’t hard to understand the shows timely and universal appeal.” 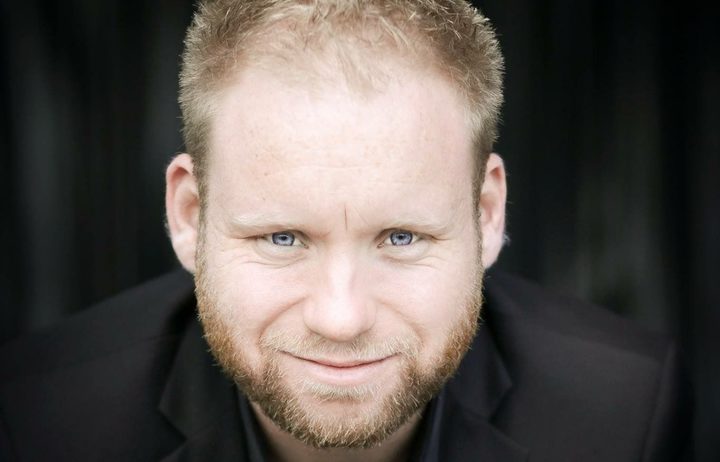 For Musical Director Luke Di Somma, it was more than just the music that attracted him to Hedwig.

“I think that there has never been a more important time to share the story of what it means to be an outsider,” he says. “Hedwig’s story is dripping with specificity but the message of wanting human connection and discovering who we really are is universal.

“At the time of being offered and then researching the show I was grappling with my own sexuality, and even though the show isn’t about sexuality per se, it is about being the truest, most authentic version of yourself and that connected with me on some level.” 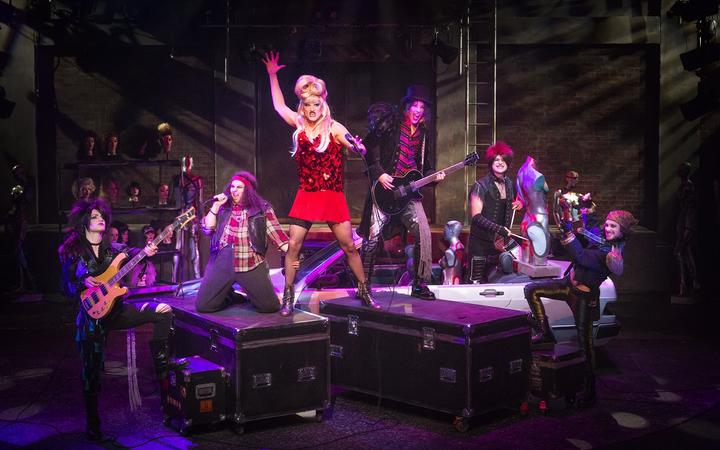 The title character is played by the energetic Adam Rennie, who comes to Christchurch via Australia and the United States. Hedwig is his “dream role” and just like his character he has “beautiful queer parts”.

“I was so relieved on the first day of rehearsals to see that in almost every department we have some representation from the beautiful, queer, alphabet soup. It has been nice to have so many different experiences and versions of queerness mounting this show that years ago was so instrumental in me embracing mine,” he says. “Hedwig is unlike all of us. She is a category of one, but that allows all of us to see parts of our story in hers. I think that is why the show is as powerful and as current now, as it was 20 years ago.”

The LGBTQI+ community will also benefit from Hedwig. Adam is gifting a portion of his fee to RainbowYOUTH, an organisation that supports youth as they navigate their identities and places in the world.

“The show is a celebration of queerness and acceptance, and RainbowYOUTH is helping the next generation find that for themselves,” he says. “When I was growing up, I had incredible queer role models. I wouldn't be here performing my dream role if it wasn't for the support of the queer community, so the least I can do is donate and shout them out whenever I have the chance and the means to do so.”