This piece went on to win the SOUNZ Contemporary Award in the 2018 Silver Scrolls. 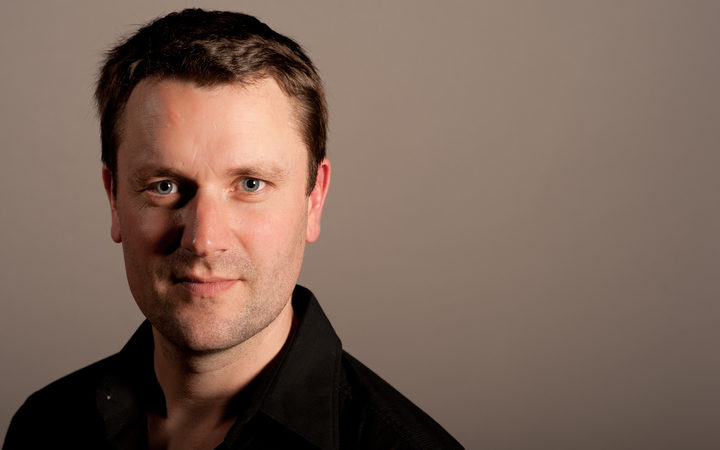 Michael Norris is one of three SOUNZ Contemporary Award finalists for 2018. He tells us why he enjoyed working with local throat singer Jonny Marks to create Sygyt, a work that melds the ancient folk singing technique with the highly refined techniques of Stroma, his new music ensemble.

Local composer Michael Norris had to create a completely new way of notating music for his work Sygyt, which is a finalist for the SOUNZ Contemporary Award at this year's Silver Scrolls. The composition includes throat singing, which isn't normally a written form of music.

Sygyt was commissioned by Stroma New Music Ensemble and throat singer Jonny Marks and was totally new ground for Michael.

Throat singing is usually improvised, so Michael had to get creative when scoring the piece. “I had to invent notation freehand to show him the kinds of things I wanted him to do.

“I had the most fun writing it,” he says. “There are some great moments. I let Jonny improvise.”

Norris says the result is an almost otherworldly sound that is unlike any other style of vocalisation in the world.

Throat singing (or ‘overtone singing’) is a technique in which the singer vibrates both the vocal cords and the ‘false folds' in the throat at the same time, then using the diaphragm and lungs as well as the tongue, lips and soft palate, pulls out specific overtones from the voice’s natural spectrum.

The high style, sygyt, in which the singer amplifies individual overtones of the vocal spectrum while shortening others, is more melodic.

In some cultures, throat singing is an exclusively male domain, but in others, it is traditionally female.

“A lot of pieces you struggle to find a concept and over intellectualise. This was very straightforward. As soon as I worked with [Jonny] … I got some ideas of where it was going to go.”

The piece is one of three finalists – whittled down from 51 works from 37 composers – for the SOUNZ Contemporary Award.

Leonie Holmes for Dance of the Wintersmith and Rosie Langabeer for Occulmente are the other finalists.

It’s the fifth time Michael Norris - a teacher of composition and post-tonal music theory at Te Kōkī New Zealand School of Music - has made the finals.