The APRA Silver Scroll songwriting awards have been running since 1965 and have recognised everyone from Ray Columbus to Lorde. Nick Bollinger gives us a rundown of what the awards are all about.

The 2020 APRA Silver Scroll songwriting awards are being presented on Wednesday, October 28 as part of a livestreamed ceremony. A 'watch party' is being held at Auckland's Powerstation and RNZ Music will be posting all the behind-the-scenes action.

So what is the Silver Scroll anyway?

It is an award given out each year by APRA – the Australasian Performing Right Association – for the song judged to be the year’s outstanding achievement by a New Zealand songwriter.

Anyone can enter who has written a song, provided that a) they are a member of APRA  - it’s free to join - and b) your song has been commercially available and broadcast within the twelve months leading up to the nominations.

Who picks the winner?

A panel of nine songwriters whittles the hundreds of entries down to a shortlist of 20. After that, every APRA member is eligible to vote.

$5000. Plus the winner gets their name engraved on the trophy, which they get to keep on their mantelpiece for a year. 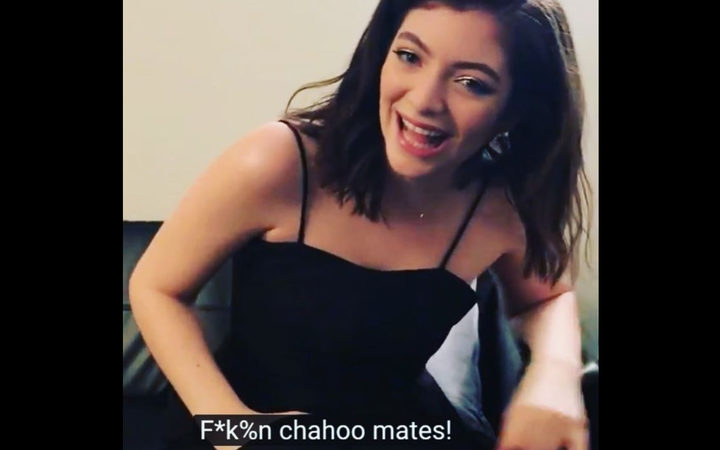 Doesn’t it just go to the best-known song?

Not always. In 1978 – the year Dragon had massive hits with ‘April Sun In Cuba’ and ‘Are You Old Enough’, Sharon O’Neill released ‘Luck’s On The Table’ and Hello Sailor charted with ‘Lyin In The Sand’, the Scroll went to…. cue drumroll… ‘Why Do They?’ by Steve Allen. He’d written a song for the Commonwealth Games a few years earlier. Last heard of, he was working in real estate. Why do they? Good question.

Not all of New Zealand’s best-loved songs or songwriters have won Scrolls. Despite having penned some of this country’s most enduring anthems, Jordan Luck doesn’t have one. Neither does Tim Finn. Neil Finn does, and Dave Dobbyn has three - though none of them for ‘Loyal’, possibly his most famous tune. On the other hand, Ella Yelich-O’Connor – a.k.a. Lorde – won Scrolls for both ‘Royals’ and ‘Green Light’.

How long have the Scrolls been going?

The first APRA Silver Scroll was in 1965 – the same year the New Zealand Music Awards started - and went to Wayne Kent-Healey for his song ‘Teardrops’, recorded by Herman Keil. No one seems to know what happened to Kent-Healey after that. Maybe he went into real estate.

Has it always been such a big deal?

No. In his autobiography, The Modfather, Ray Columbus who won the Scroll in 1966 recalls the first award being presented in Wellington ‘at a small ceremony in a motel near the airport.’ (Sounds more like a shotgun wedding.) It remained a modest-scale and strangely music-free event right through to the early 90s when Mike Chunn of Split Enz and Citizen Band became APRA’s Director of New Zealand Operations.

Having attended a few Scrolls when they consisted of a small soiree in a restaurant with the top five playing softly in the background, Chunn decided it was time to “give it a rock’n’roll feel.” The revamped Scrolls were launched in 1993 at The Powerstation. The focus of the night was the five finalists being reinterpreted by unexpected artists in creative new arrangements. This format continues to this day.

Over the years, the Scrolls has also expanded to include the Sounz Contemporary Award for modern classical composition, the Screen Music Award for music in film and television, and the Maioha Award for contemporary waiata. In addition, each year APRA inducts a group or artist into the New Zealand Music Hall of Fame.

What makes a winner? Who knows what a good song is anyway?

The definition seems to have changed through the decades. From the late 60s to mid-80s, soft-rock ruled the Scrolls. Singer-songwriter John Hanlon won twice in a row with ‘Lovely Lady’ and ‘Windsongs’ (the one about ‘the girl with golden laughter in her eyes’.)

In 1977 Lea Maalfrid became the first woman to win a Scroll, with her mellow and pastoral ‘Lavender Mountain’. How about rock’n’roll? The more rambunctious ‘Counting the Beat’ by The Swingers grabbed the 1981 Scroll, though only when it was awarded retrospectively in 2015, as no Scrolls took place in that year of rugby and riots.

The growing popularity of hip-hop was finally acknowledged in 1999 when Bill Urale (King Kapisi) won for ‘Reverse Resistance’, followed in 2004 by Scribe (Malo Luafutu) and P-Money (Peter Wadams) who won with ‘Not Many’. 2017 was a watershed year in that, for the first time, the top five songs were all written or co-written by women.

Has there ever been a Scroll winner in te reo?

No. This year’s 20-song shortlist included Rob Ruha’s bilingual ‘Kalega’, though it didn’t make the Top 5. Since 2003 there has been a Maioha Award given each year in recognition of contemporary Maori music.

Who’s going to win this year?

This year’s top five represents a range of retro-tinged styles, from the smart synth-pop of L.A.-based expat Chelsea Jade Metcalf (‘Laugh It Off’) to the homegrown space-funk of Troy Kingi’s ‘Azetechknowledgy’.

Past winners Ruban and Kody Neilson of Unknown Mortal Orchestra are back with ‘Hunnybee’, while the critics’ favourite looks like The Beths with the charming power-pop of ‘Future Me Hates Me’. But if I had to make a bet it would be on Marlon Williams’ beautifully crafted tearjerker ‘Nobody Gets What They Want Any More’. [ED: Correct! You heard it here, first.]