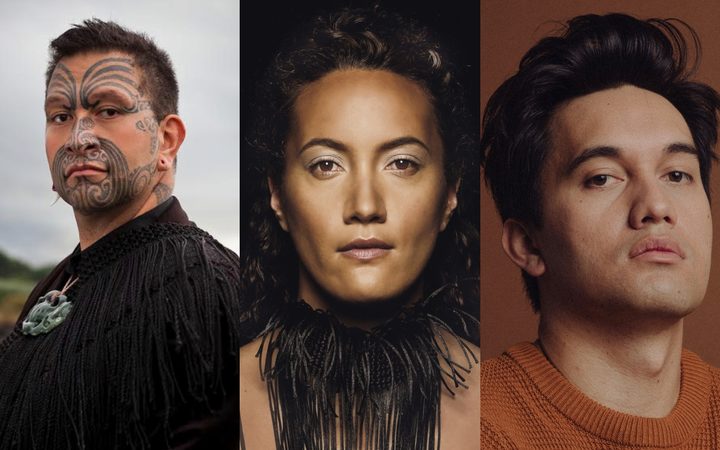 Some of Māori music’s top names will compete for the Maioha Award at the Silver Scrolls in October. Rob Ruha is nominated for his song ‘Uia’, Seth Haapu gets the nod for his song 'Ngaru Hōu', and Ria Hall’s song 'Te Ahi Kai Pō', co-written by Ria, Tiki Taane and poet/Marae DIY presenter Te Ori Paki is in the running.

"And it’s based on prophecy from  Te Toiroa-ikariki from Te Māhia who in 1766 made these prophecies about new powers, new manas [sic] coming here to Aotearoa.”

‘Te Ahi Kai Pō’ translates to ‘the fire burning in the darkness’. Ria's starting point for the song was thinking about the battle of Te Ranga in Tauranga in 1864 – at which more than 100 Māori were killed. Ria says the song is about healing after war, and “trying to find your beacon of hope in times of despair”.

Read more about the song and it’s kaupapa here.

'Ngaru Hōu' is a te reo version of Seth's song 'New Wave'. The song was also included in the Silver Scroll Award top 20 shortlist. It's a romantic ballad about "the revealing and challenging power of love" and resembles a karakia (prayer). Seth says it’s his expression of thanks for all that he’s been given, and all that is to come, whether it be good or bad.

First awarded in 2003, the APRA Maioha award was created to celebrate excellence in popular Māori composition, to inspire Māori composers to explore and express their culture and to increase awareness of waiata in te reo Māori throughout Aotearoa.

Since then the prize has been awarded to some of Aotearoa’s most respected songwriters; from Ngahiwi Apanui – the award's inaugural recipient – to Whirimako Black, Ruia Aperahama, Te Awanui Reeder, Maisey Rika, Rob Ruha, and to most recent winners, Vince Harder, Troy Kingi and Stan Walker.

The winner of the APRA Maioha Award receives a $3,000 cash prize and is the guardian of Te Ngore – the Maioha award sculpture carved by Brian Flintoff, for one year.

The Maioha Award will be presented at the Silver Scroll Award Ceremony at Spark Arena on Thursday, October 4. RNZ will be covering the ceremony live on air and via social media.