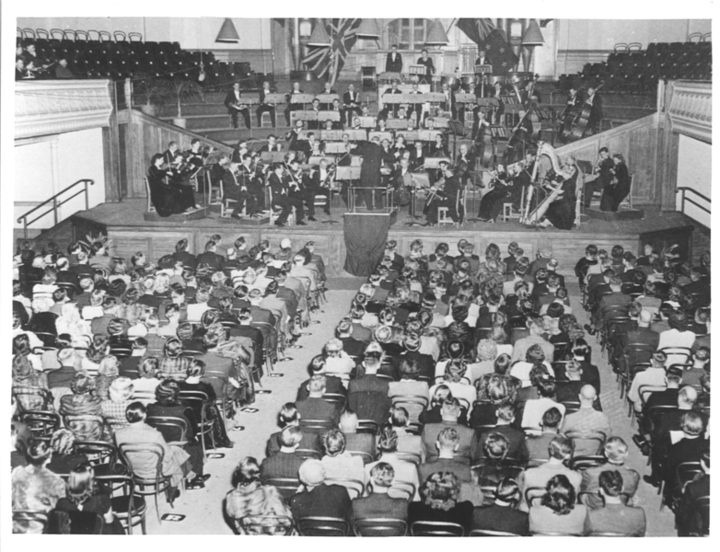 On a cool spring morning in Wellington in 1946, musicians and dignitaries gathered in an atmosphere of anticipation and excitement, in the studios of the National Broadcasting Service in Waring Taylor Street. This was the long-awaited launch of the National Orchestra which was to be conducted by Andersen Tyrer, let by Vincent Aspey and provide employment for 65 players, who until then had been free-lance, semi-professional or amateur musicians in dance bands, cinema groups, touring shows, the NBS String Orchestra or the Air Force Band.

If the Governor-General Sir Bernard Freyberg VC was initially disappointed that the orchestra wasn't prepared to actually play anything after the official speeches had ended, it didn't take them long to get down to work - that afternoon they began rehearsing a large stack of music, and on the 6th of March 1947 the National Orchestra of the New Zealand Broadcasting Service, under Andersen Tyrer, gave its first concert. And RNZ was there, or at least our forerunners were, to record and broadcast the first concert.  They began with a stirring version of the National Anthem and then Dvorak's Carnival Overture.