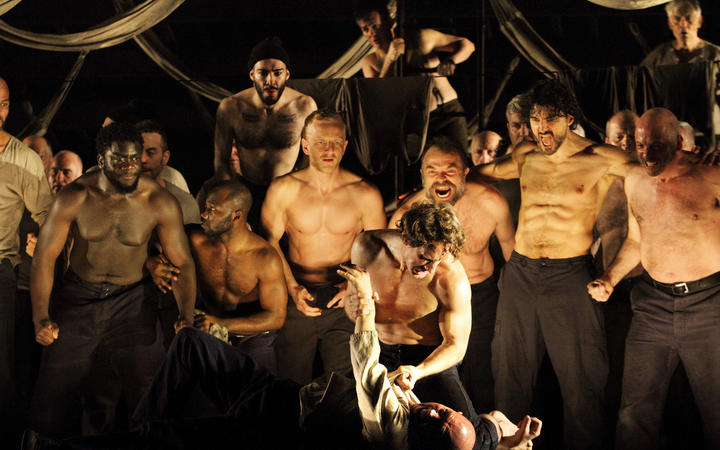 This is Covent Garden’s first production of Britten’s 'Billy Budd' in almost two decades and it's directed by Deborah Warner.

Three new recruits join the warship HMS Indomitable, commanded by the scholarly Captain Vere. The first two are nothing special, but the third, young Billy Budd, is hailed by the Master-at-Arms John Claggart as a jewel - despite his occasional stammer. Billy settles in happily as foretopman and his kindness quickly makes him friends.

However, Billy's goodness has also inspired the tormented Claggart to hatred, and he vows to destroy him. He fabricates evidence that Billy plans to lead the ship's crew in a mutiny, then accuses Billy in front of Captain Vere. Billy is stunned, and reacts violently and with devastating consequences. 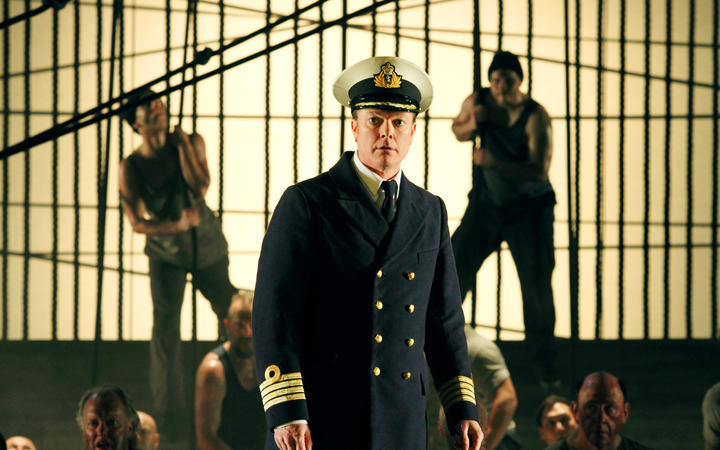 Britten wrote 'Billy Budd' to a commission from the Arts Council of Great Britain for the 1951 Festival of Britain. It is based on the American writer Herman Melville's novel Billy Budd, Sailor, which was particularly popular in England. Britten and his librettists E.M. Forster and Eric Crozier collaborated in crafting the opera's text, and gave greater prominence to Captain Vere - the role Britten wrote for his partner Peter Pears - than in Melville's novel.

'Billy Budd' is Britten's grandest opera, particularly in its use of the male chorus in numbers such as Act I's playful sea shanties and the rousing Act II chorus 'This is the moment'. Others of the many highlights include Claggart's aria of malevolence 'O beauty, handsomeness, goodness!', Billy's poignant monologue (Billy in the Darbies) as he awaits execution and Vere's morally tortured opening and closing monologues.

Deborah Warner's tender, character-focused staging and Michael Levine's semi-abstract sets give a sense of the intimacy that develops among men living at close quarters at sea, and highlights the contrasting lives of the officers above decks and the men below. 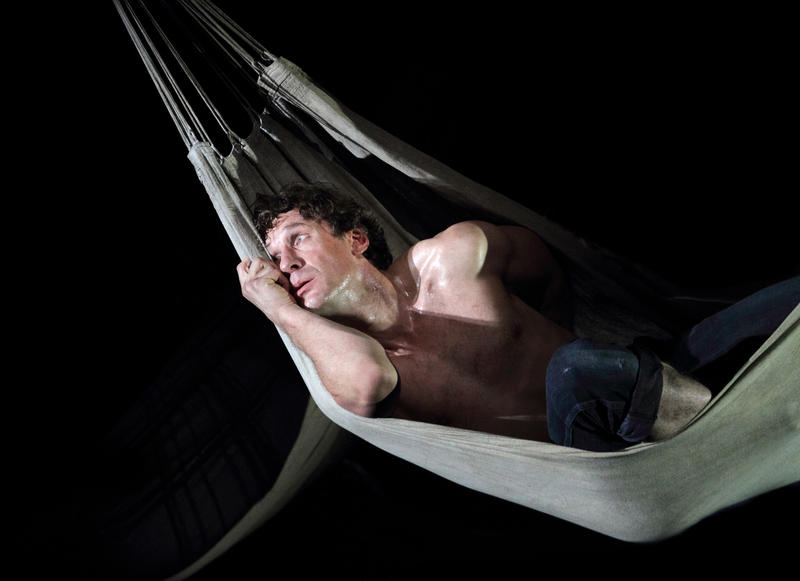 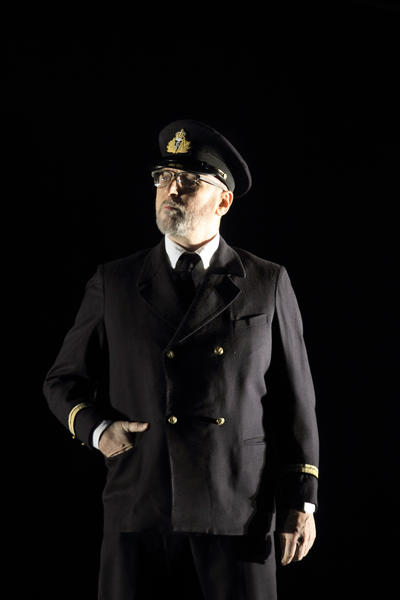 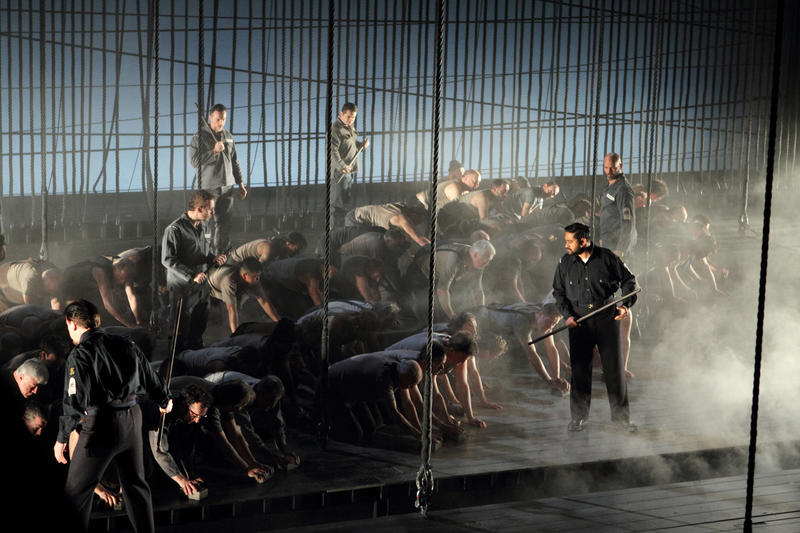 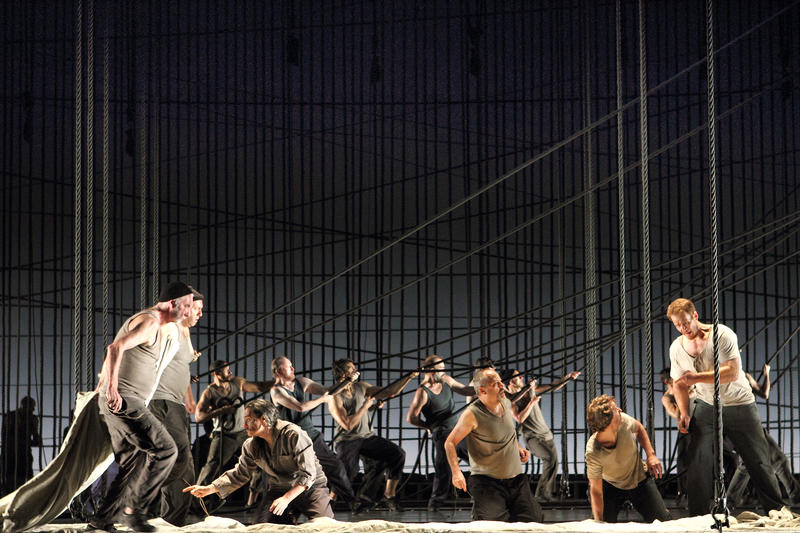 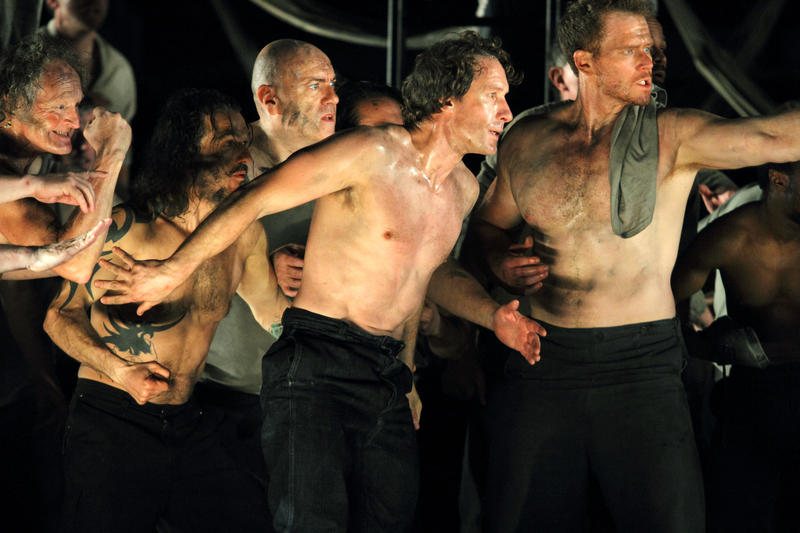