All remaining live performances in the 2019–20 season at The Met have been cancelled due to the coronavirus pandemic. This is a recording from 19 January 2013, featuring Joyce Didonato in the title role. 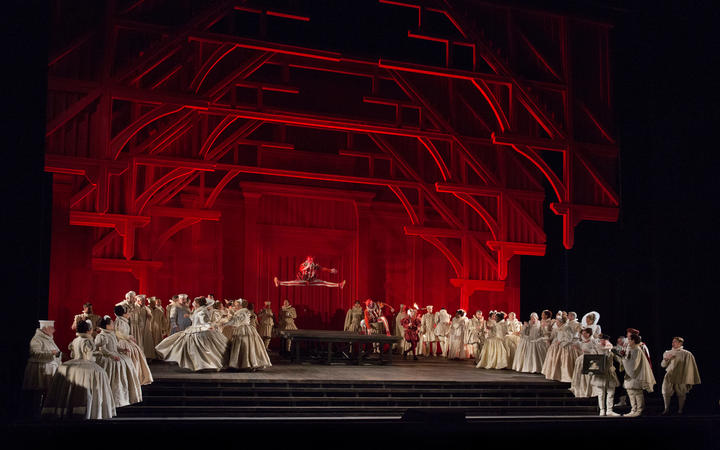 Late 16th century. Mary Stuart, Queen of Scots, has been forced to abdicate her throne and flee her kingdom after the rebellion of her Scottish nobles. A Catholic, crowned at the age of nine months, she was betrothed to the Dauphin of France and raised from childhood at the French court. At 18, she returned to her native land, following the sudden death of her husband Francis II, having reigned as Queen of France for little more than a year. 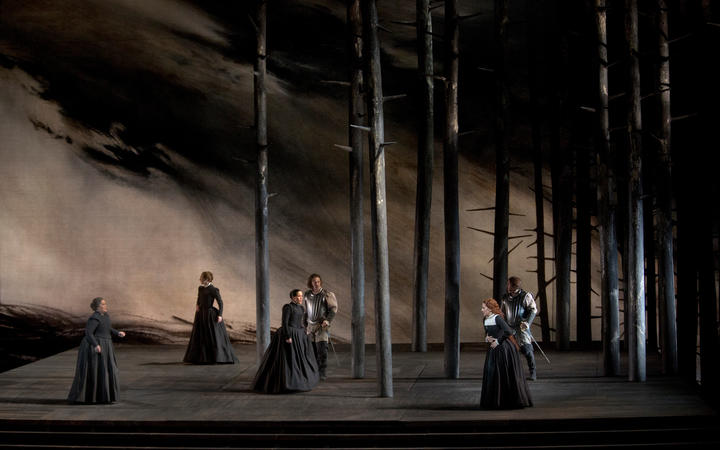 Unable to exert control over her Protestant nobility and beset by insurrections, plots, and murders, she has sought asylum in England from her cousin, Queen Elizabeth. 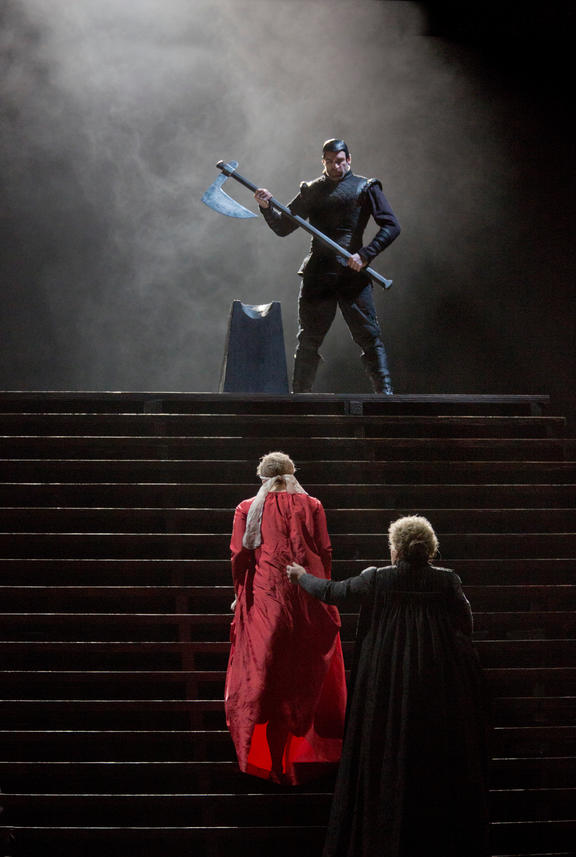 But her presence in Protestant England is untenable to Elizabeth and her advisors. As a descendant of the Tudor line, the English Catholics see Mary as the rightful heir to Henry VIII’s crown (Elizabeth having been declared illegitimate following the execution for adultery of her mother, Anne Boleyn).

An English inquiry into the scandalous murder of Mary’s dissolute second husband, Henry, Lord Darnley, has proved inconclusive as to her complicity in the crime but has served as a pretext to keep the former Queen of Scotland imprisoned for many years.