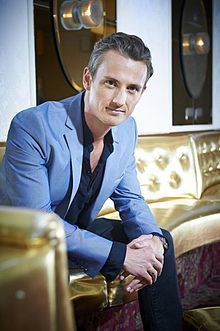 “The man that hath no music in himself / Nor is not moved with concord of sweet sounds / Is fit for treasons …” With this in mind, the New Zealand Symphony Orchestra celebrates musical works that have been inspired by Shakespeare’s genius.

Erich Korngold’s most often remembered as a composer of filmscores.  His Much Ado About Nothing Suite is a perfect demonstration of the lush melodies that made his music so popular.

William Walton composed his score of Henry V for the screen too.  It was his tenth collaboration with Laurence Olivier, released in 1944 and intended as a morale booster for the British public as the Second World War wore on.

Felix Mendelssohn composed the Overture to his A Midsummer Night’s Dream score, when he was 17.  It fizzes and bubbles with the exhuberance of youth and the joy of summer.

Richard Strauss’s Macbeth is the darkest work on the programme, reflecting the King’s idea of power, his ambition, Lady Macbeth’s process of persuasion, and then Macbeth’s descent into madness and eventually his demise.

Recorded live at the Auckland Town Hall by RNZ Concert