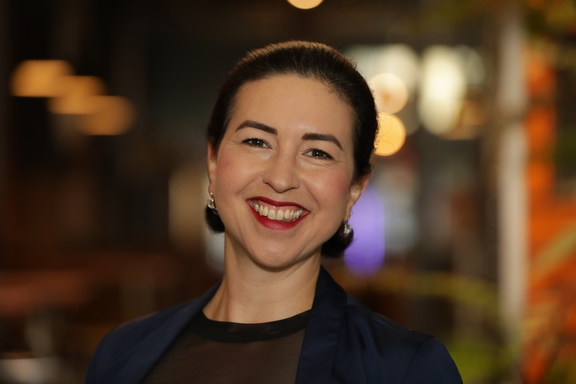 Clarissa Dunn is the presenter of Music Alive bringing you the best live music experiences from across Aotearoa and the world.

She loves the magic of live music-making and enjoys presenting from both the radio booth and the stage – sometimes in the same concert.

The Music Alive broadcast of Sea to Sky  with Christchurch Symphony Orchestra LIVE in an aircraft hangar was named as a finalist in the ‘Best Music Special’ of the New York Festival Radio Awards.

Clarissa started life on a Waikato dairy farm but dreamed of travelling the world.  After completing a conjoint Bachelor of Laws and Arts (languages) at Auckland University, Clarissa pursued her passion and studied voice at the Queensland Conservatorium of Music in Australia. This led to an internship at Opera Queensland and then years of singing adventures in Europe and the UK.

Clarissa is based in Wellington, is a soprano with NZ Opera and loves bicycle touring.

Clarissa try to figure out listener favourites in “You hum it we’ll play it” episode 1 & episode 2.