While they are quite happy to make some of their content here, don’t hold your breath waiting for Amazon Prime to start making genuinely local programmes, says Dan Slevin. 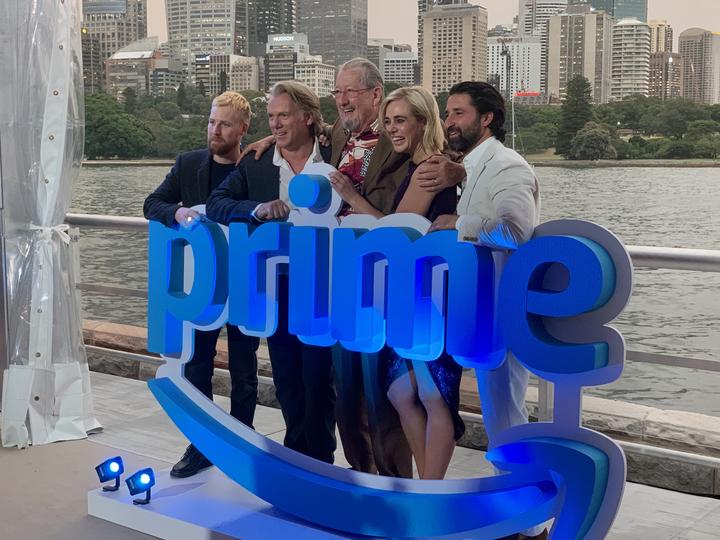 The junket life is a sweet life when it smiles on you. While it isn’t quite the same as being flown to Florida for a week to stay at the Hilton and review the new Star Wars ride at Disney World, an invitation to fly to Sydney for one night to witness the launch of Amazon Australia’s local Prime Video product for 2020 is not to be sneezed at.

Australia itself is now something of a monument to unsustainability, what with the never-ending fires, the ongoing love affair with fossil fuels and the clearly visible commitment to inequality, and the presence of Amazon in the domestic retail environment arguably spells doom for many independent shopkeepers across the country. 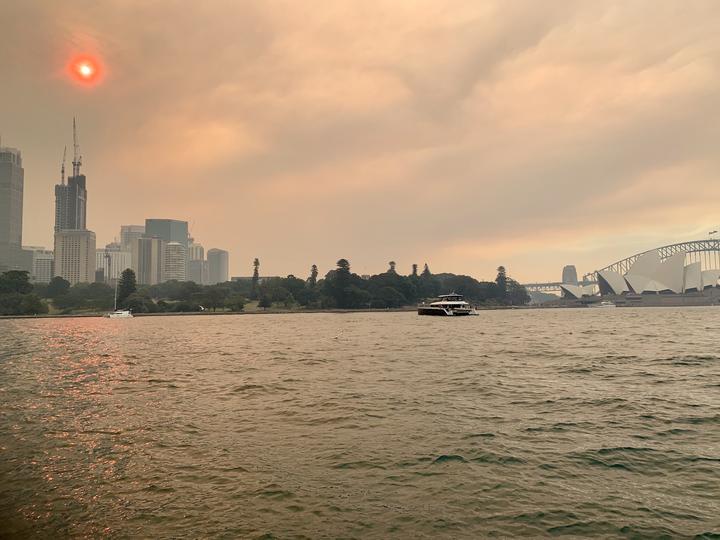 The view from Fleet Steps in Sydney last Thursday at the Amazon Prime end of year party – haze from the bushfires giving everything a sepia tint. Photo: Dan Slevin/RNZ

We only have Prime Video sold to us here in NZ so we have to pay but at only $5.99 it’s pretty competitive with the biggest beast on the block, Netflix ($18.49 for 4K). There is a free trial so you can have a deep dive into the catalogue and it’s also available as a free bonus if you are with the 2 Degrees ISP.

We’ve mentioned Prime original content a bit in these pages as we think it’s a credible complement to Netflix alongside Disney and Apple, especially at those prices.

And coming along soon (by some definition of the word ‘soon’) will be Prime’s big global bet, Lord of the Rings, but any hopes that the assembled media would be treated to some fresh information about the mega-budget series currently in pre-production in Auckland were soon dashed by a mid-afternoon press release. Turns out the tentpole announcement we were there for was something a little more prosaic.

Packed to the Rafters was an Aussie phenomenon. Originally a free-to-air staple, it ran for 122 episodes on the Seven Network, always in the frame for the annual “Most Popular” component of the TV awards, the Logies. Ex-pat Kiwis Erik Thomson and Rebecca Gibney became Australia’s favourite parents and it would be fair to say there hasn’t been anything like it since it went off the air in 2013. 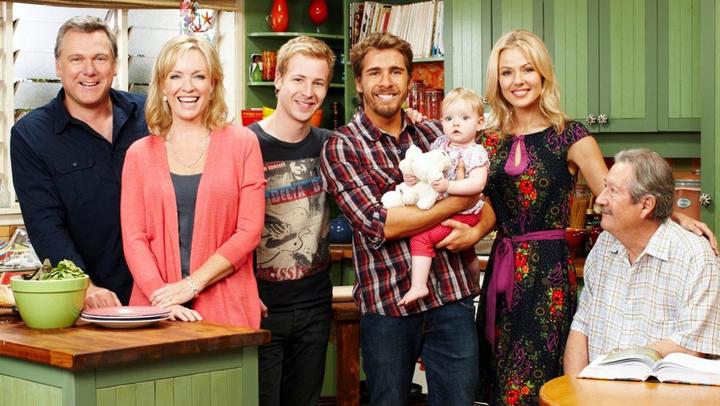 The original cast of Packed to the Rafters Photo: Seven

A few of us in the Aotearoa contingent of the media at the launch event were sceptical but I think it’s a stroke of genius in the Australian context. The new series, cleverly named Back to the Rafters, is designed to bring mainstream Aussie viewers not to Prime Video so much but to Amazon Prime itself where the promise of free shipping will start to lock in changed shopping behaviour. This is a ‘hearts and minds’ play.

Anyway, after the cast had been brought on stage and introduced, they gathered by the big illuminated Prime logo I decided to try and commit a wanton act of journalism and go talk to Tyler Bern, Head of Content for Prime Video Australia. I was keen to know whether this commitment to Aussie product would flow across the Tasman and see them spending some of the richest man in the world’s billions on more than just flying some journos over to a party.

Bern is an extremely personable chap, dressed in the Sydney ankle-revealing suit that appears to be the Sydney uniform these days and happy to let me interrupt the conversation he was already having. As you might expect, he said the words “Lord of the Rings” several times and it’s understandable that people from overseas might think of that property as local New Zealand content seeing as we went out of our way to claim it for so long. But when I asked about the equivalent of Back to the Rafters – contemporary comedy or drama – I could tell I was going to be disappointed.

We are too small, it’s as simple as that. If we had the full Amazon experience locally then there would be an incentive to supply local content. But I can’t see Amazon opening up giant warehouses in both islands to serve our five million people with same-day delivery drones, the economies of scale don’t exist.

Besides, we’ve just forced them to slap GST on everything they already sell to us and, as the rest of the world will tell you, having Amazon operate in your country can be a double-edged sword. I’m not sure having them throwing wads of cash at our television stars would be worth all that other drama.

Dan Slevin attended the Amazon Australia Holiday Party as a guest of Amazon. Back to the Rafters goes into production in 2020 and will screen on Prime Video in New Zealand as well as the 200 other territories Amazon’s Prime Video serves.