Between season one and two of Fleabag, Phoebe Waller-Bridge has turned good television into the best television you might see this year, says Dan Slevin. 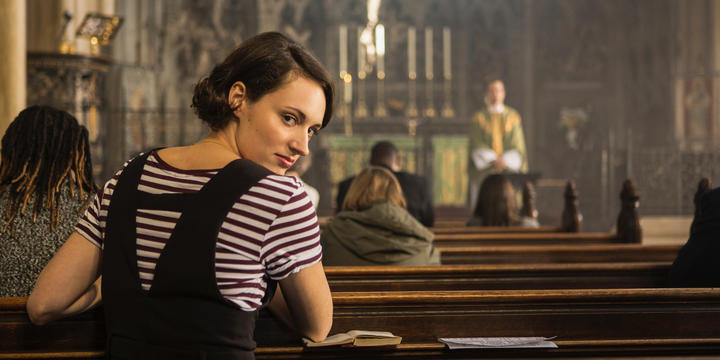 At the beginning of the first season of Fleabag, Phoebe Waller-Bridge’s nick-named central character is grieving the loss of her best friend Boo, who killed herself (unintentionally) before the series starts, and has discovered a new best friend – us. She breaks the fourth wall to speak to us, confide in us, incorporate us in her plots and share her judgements about the people she is inconveniently forced to interact with.

When I watched the first season, I thought I was experiencing yet another of those superb British comedies-of-embarrassment – like Fawlty Towers or The Office – that force you to watch through your fingers. It was those shows brought up to date and given a feminine twist but then it morphed into something lovelier. Waller-Bridge’s insightful writing, clever structure, selfless performance and the impeccable casting and team-playing from that cast, meant that the six episodes turned out to be deeply satisfying in a way that was utterly unexpected.

Three years later, we have season two. Waller-Bridge is now tearing it up as a script doctor (Bond 25!), scene stealer (Solo!) and co-creator of award-winning thriller Killing Eve. Where are we going to go? (And I say “we” because the nature of Fleabag is that we are also accomplices to the emotional storm that we are witnessing.) 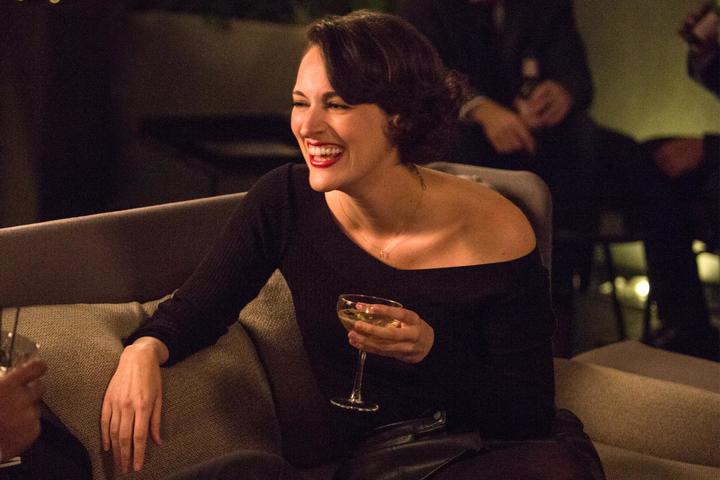 We go in beautifully surprising directions. Fleabag is doing OK. Has learnt some lessons. Is trying (and succeeding for the most part) to be a grown-up. And so we start to see – especially in the gorgeously cringeworthy opening episode which is a single awful dinner to celebrate the engagement of Fleabag’s pathetic father (Bill Patterson) and her manipulative godmother (the god-like Olivia Colman) – we start to see how toxic the environment is that she has grown up in and where this dissociating  and self-destructive character has come from.

There is more light on the horizon. Also at the dinner is the priest (Andrew Scott) who is going to marry the happy couple and he is as uncomfortable as we are. The arc of the six episodes sends Fleabag away from the family that doesn’t see her and towards the man who not only sees her, but also sees her seeing us which is disconcerting for all parties. 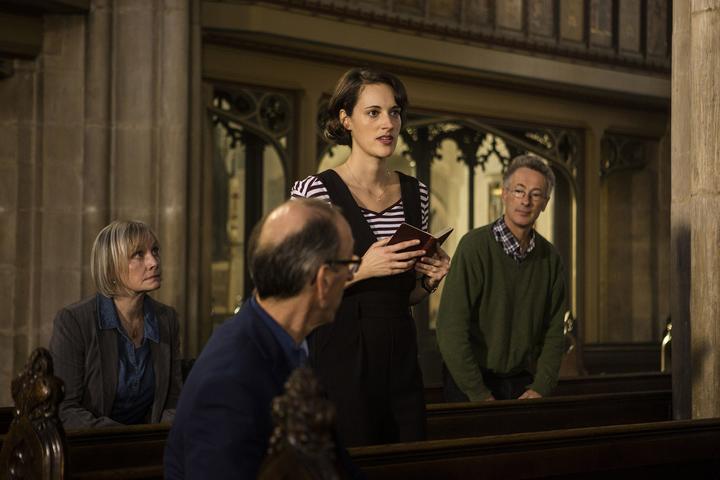 There is something unique about this series of Fleabag in modern television. It retains its ability to make us cringe with embarrassment, to portray the most grotesque modern characters, but it also suggests that there is a spiritual response to the challenges of life and that all is not necessarily lost.

For a character that started out as a drama school improvisation, and then a one-woman fringe show, Fleabag has turned into something profound. I confess I watched the last two episodes with tears in my eyes. It might be the finest television you see this year.

Both seasons of Fleabag are now available in NZ on Amazon’s Prime Video.