Review: Fireworks, Should We See It from the Side or the Bottom?

While the story is not so engaging you can wallow in the images and sound of Fireworks, says Dan Slevin. 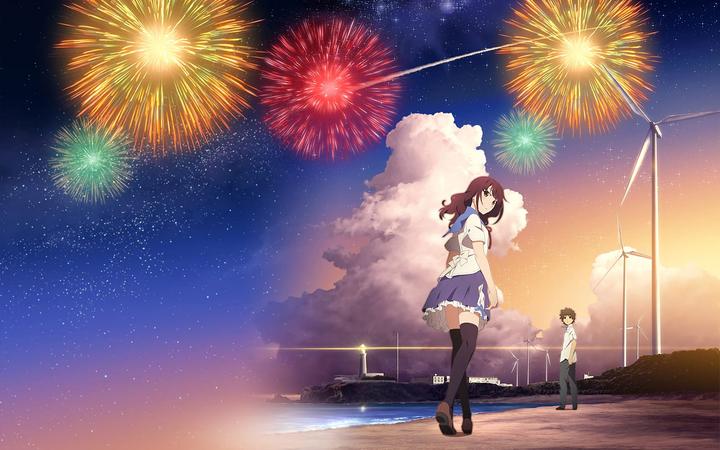 Regular visitors to these pages will know that I am quite a fan of Japanese cinema and – since our family visit there last year – Japan itself. Therefore, when the opportunity presents itself to watch another successful anime – the first that I’ve seen from the edgy studio Shaft – I was always going to jump at the chance.

Fireworks, Should We See It from the Side or The Bottom? Is a coming-of-age romance that also doubles as a metaphysical time travel fantasy. A group of teenage boys a bored at summer school. For a moment, instead of letting off hormonal steam in the direction of their attractive teacher, they are distracted with news of the local fireworks festival. Are the fireworks flat or round? Only seeing them from a higher angle will prove which is true.

Meanwhile, two of the boys, Norimichi and Yusuke argue over their pretty classmate Nazuna and which of them should have the chance to woo her. On swimming pool duty later on, she challenges the pair to a swimming race flirtatiously declaring that the winner has to do whatever she says. 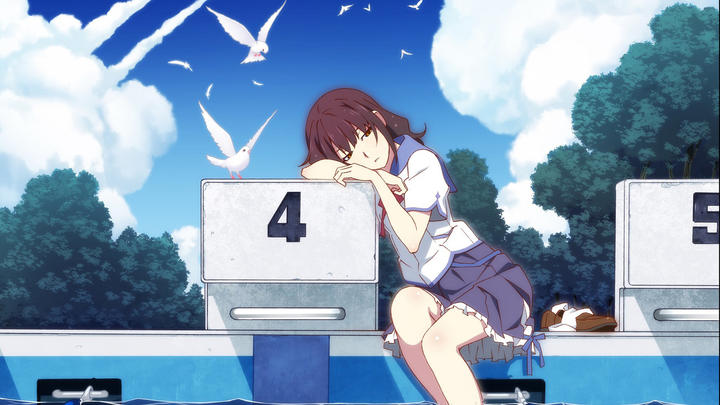 Nazuna wins but later on she tells Norimichi that she had wanted him to win and that she wants to run away from home. A mysterious marble that she found on the beach turns out to be magic and, when Norimichi angrily throws it away, they all go back in time and he has a chance to win the race and become first in line.

But nothing goes according to plan and despite, several attempts at rewriting history, things eventually get very weird indeed. 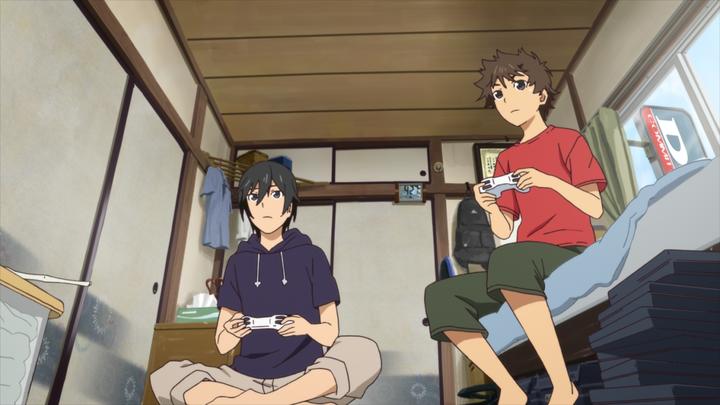 As a story, it didn’t engage me as much as, say, Your Name. or Weathering With You, but the production values of the animation – the chief director is the imaginative Akiyuki Shinbo – are sensational especially when the characters connection to observed reality seems to get further and further away.

The music and songs by Satoru Kōsaki are delightful, too. Originally released in 2017, the home video release has taken a while to get here but, now that it is, you can let it wash over you without worrying too much about whether the story makes much sense. One problem viewers should be aware of going in is that the story is a bit more mature than a lot of the anime we get here and some of the attitudes presented by the teenage boys to the female characters would require correcting if you saw them happening in real life. 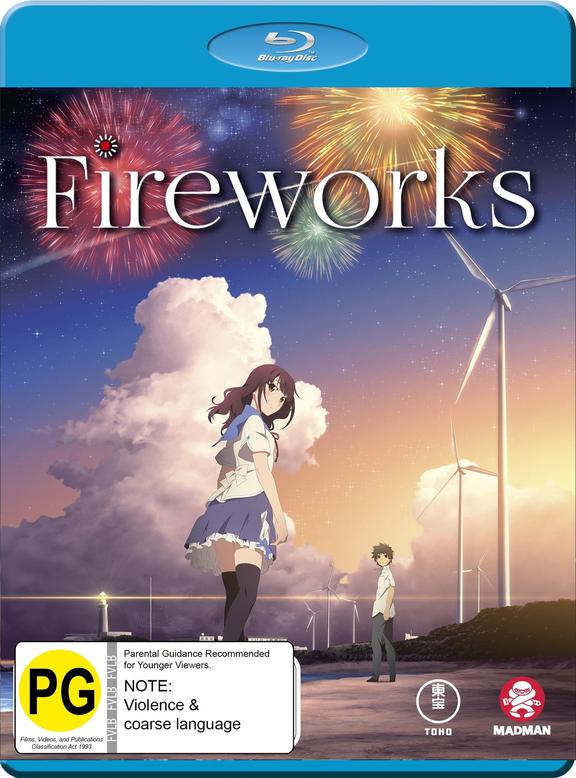 Fireworks, Should We See It from the Side or The Bottom? is available on DVD, Blu-ray and Apple’s iTunes store from Madman Entertainment. RRP is $29.99/$34.99/$17.99 respectively.