Review: Weathering With You

Fans of anime (and Japan) should seek out the new classic Weathering With You, says Dan Slevin. 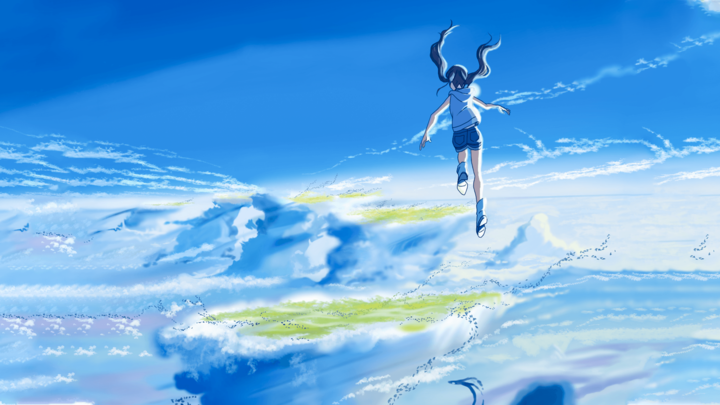 Makoto Shinkai’s now-classic anime Your Name. was one of the surprise hits of 2016 in New Zealand. I use the word ‘hit’ advisedly as for specialised releases like anime or Korean zombie flicks the bar is set a different level than for Disney remakes, but it was very successful in theatres and home video. This success was reflected all over the world prompting a forthcoming Hollywood live action remake.

Your Name. was a body-swap tale in which a teenage girl, bored with provincial life wishes she could be a boy in Tokyo, where the action is. Next morning, she wakes up to find that she is a Tokyo schoolboy and that he – to his amusing befuddlement – is in her body. The magical process in which this occurs (and why) is the basis for a wonderfully romantic and utterly Japanese tale of empathy and fate. 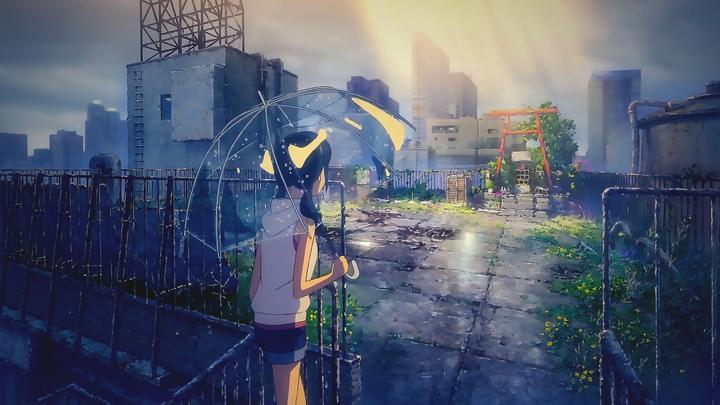 Hina visits the torii gate on top of an abandoned building in Tokyo, the gate is the source of her power. Photo: Madman

Shinkai has returned three years later with a new film, Weathering With You, another story with themes drawn from traditional Japanese cultural beliefs and touchstones but with universal emotional impact. 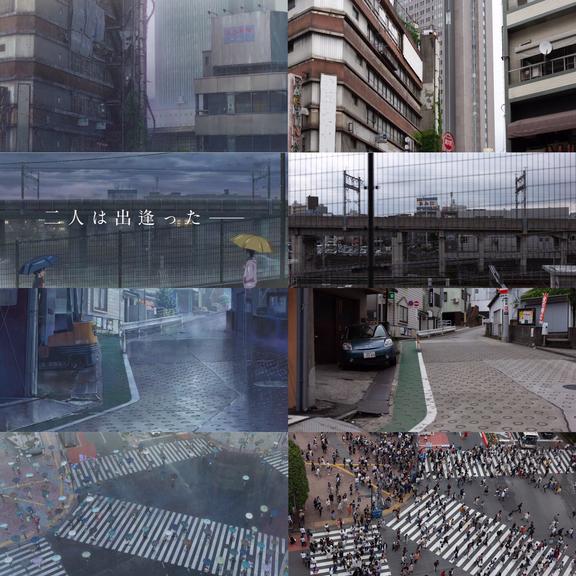 On the left, Tokyo according to Weathering With You, on the right the real thing. Photo: Reddit

Once again, the central characters are teenagers. Hodaka is a runaway who has left his isolated childhood home for the bright lights of modern day Tokyo and is befriended by a tabloid journalist who runs a sleazy magazine about specialising in stories about urban legends. In a fast food restaurant, Hodaka meets Hina who takes pity on him and gives him a free meal.

The weather in Tokyo has been atrocious – it has been raining non-stop for weeks and everyone is depressed about it. It turns out that Hina has the magical ability to change bring back the sunshine – in very localised areas – and the pair start making some money by offering an “on demand” weather improvement service for festivals and weddings, etc.

But every time Hina uses her power, she loses something of herself at the same time, and eventually she and Hodaka have to make an important choice.

It’s interesting to me that a film so centred on weather – and what from a distance we might call climate change – should avoid any question of how all this rain has come about. If the film is a metaphor for climate change then it is a very high level one. But the solution does require sacrifice, just a giant sacrifice from one person rather than lots of tiny sacrifices from us all. 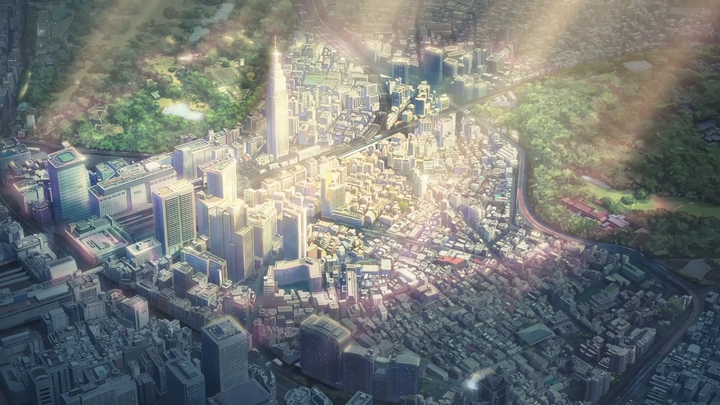 Hina’s magic means that Tokyo gets some sunshine at last. Photo: Madman

When we saw Your Name. back in 2017, my wife and I hadn’t been to Japan, we’d just seen lots of movies set there. Last year we had a holiday in Tokyo, Kyoto and Osaka, and I can confirm that the beautifully recreated Tokyo locations in Weathering With You are simply breath-taking. We loved visiting Japan and found this perspective on the country to be quite an emotionally nostalgic experience.

But the film is also even more fascinating for us since we experienced first-hand, Japan’s everyday approach to spirituality – the small street-level shrines everywhere, the torii gates on skyscraper rooftops. Most of us in the West have lost that routine connection to the divine and the infinite and Weathering With You’s taking it for granted is one of its delights as well as its strangeness.

Weathering With You is rated PG (violence, coarse language) and is playing in a pretty decent wide release now.