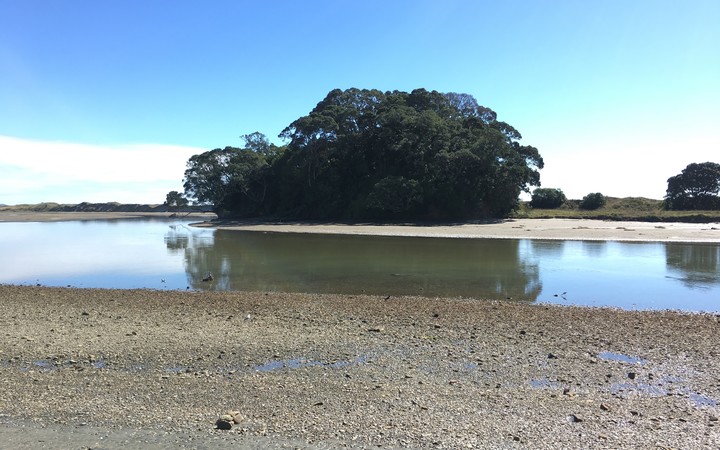 A Bay of Plenty iwi is devastated that local dairy farms have polluted its sacred pipi beds with E coli bacteria.

The Kutarere Marae holds the tribe of Upokorehe and is nestled beside a stream at the top of the Ohiwa Harbour near Whakatane.

The iwi has relied on the nearby Waiotahe pipi beds to feed its whanau for over 100 years but what was once a land covered in rich native bush and an estuary bursting with kaimoana is now a patchwork of dairy farms and waterways lined with a layer of sediment washed down from forestry and farming. 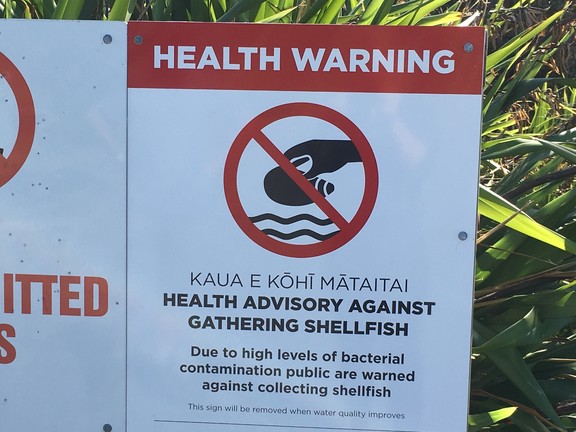 The Bay of Plenty District Health Board is warning people not to eat the shellfish from the Waiotahe Estuary because of high levels of E coli.

Kaumatua Wallace Aramoana from the Upokorehe iwi remembers the quality of the land and water from many years ago and says the health warning is a shock.

"A lot of our people are devastated," he said.

"They were jumping up and down because a lot of them, like me, were talking about years back when they could eat these shellfish."

Thirty years ago the few dairy farms in the area managed stock numbers well, but since the boom in milk prices it had all changed, said Kaumatua Aramoana.

"Today they are milking three times as many cows. Some of the smaller farms, like this one over here, they have 250 cows... but as time has gone by it's gone through two or three owners and increased its stock. 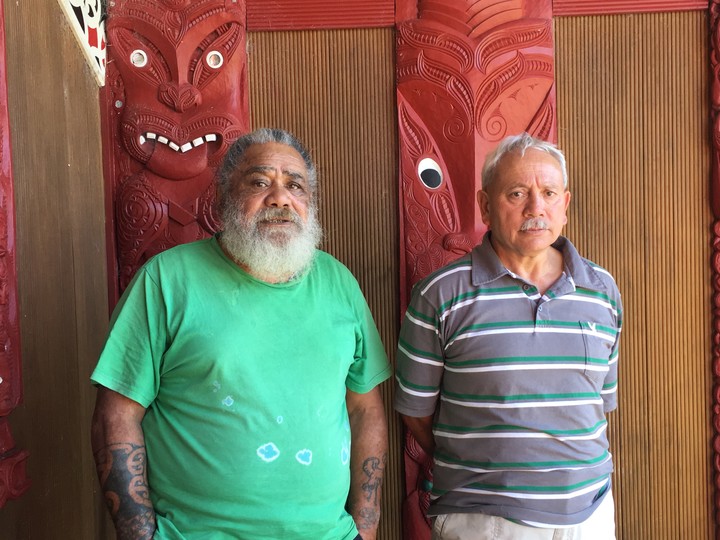 Kaumatua Trever Ransfield from Upokorehe iwi wants their people to have more input on the problem and work with farmers, council and scientists.

No one consulted the iwi about the health warning and contamination.

"It's caused a lot of friction within our people and a lot of hurt because the kaimoana is the food basket.

"Water is the most precious taonga we have. We're going to lose that, and it's starting to happen in New Zealand... we're going to be in great trouble if we don't get on top of it now."

Mr Ransfield wants the Bay of Plenty to be plentiful for his mokopuna, his grandchildren.

Tim Senior from the Bay of Plenty Council, a land management officer for the Waiotahe catchment, agrees that dairy cows seem to be the problem.

"It's probably been an issue ever since we've had dairy farming in the catchment. We don't have any proof of that - we're actually just about to get some DNA testing done on the bacteria to see what animals it comes from.

"But really all the evidence is pointing to dairy cows as being the source." 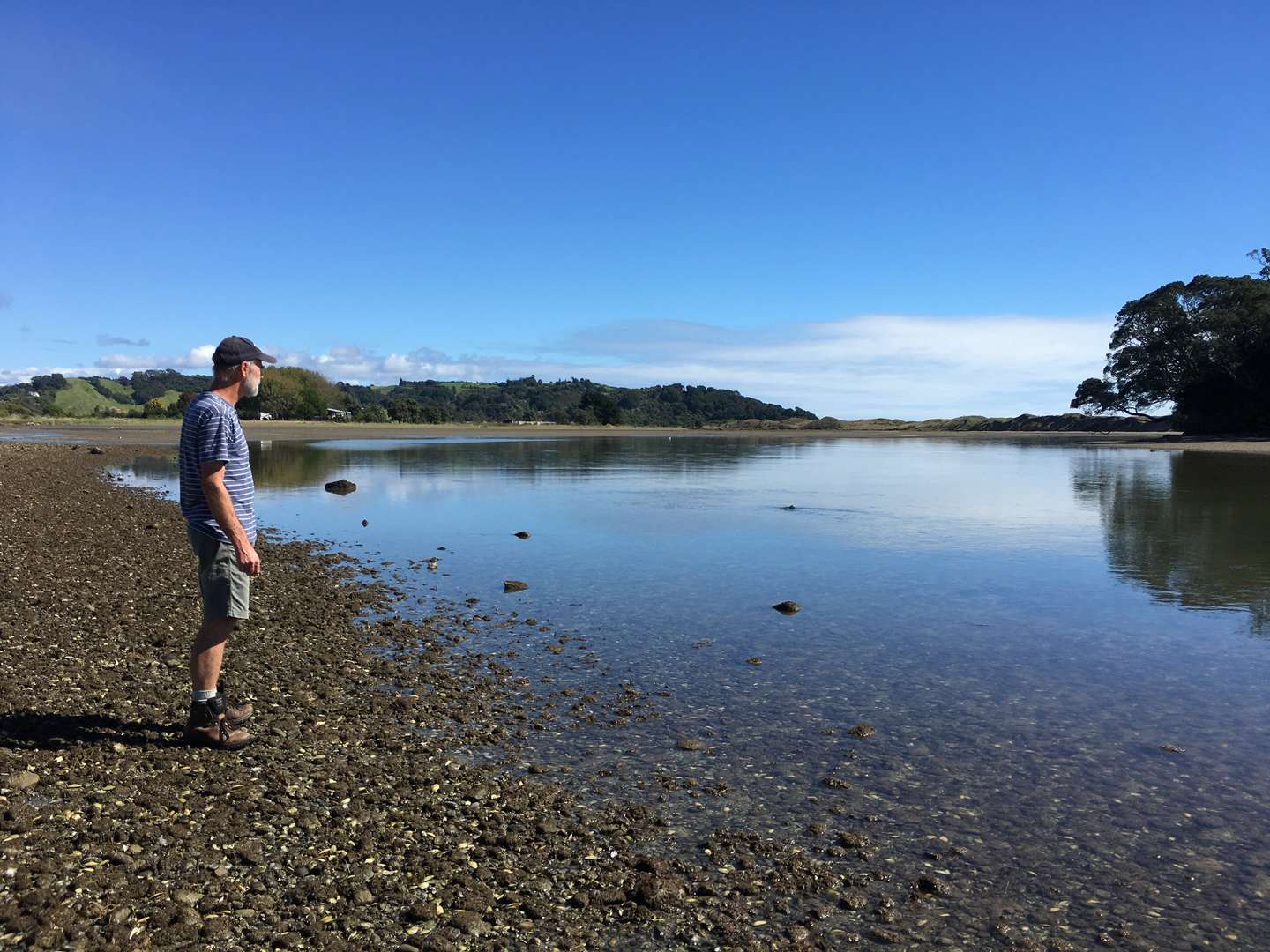 The dairy farms in the Waiotahe catchment are mostly below sea level or slightly above, and the land floods easily.

Mr Senior said water could sit in farm drains for some time gathering contaminants before there was a heavy rainfall and it was pumped out of the drains and into the river, which then flowed into the estuary.

An independent test of the shellfish flesh a week after heavy rain in the Waiotahe Estuary has found it to have about 20 times the allowed level of E coli. More testing is being done to confirm this.

Other ways of measuring the level of contamination is testing surrounding waterways and the estuary where the shellfish live. 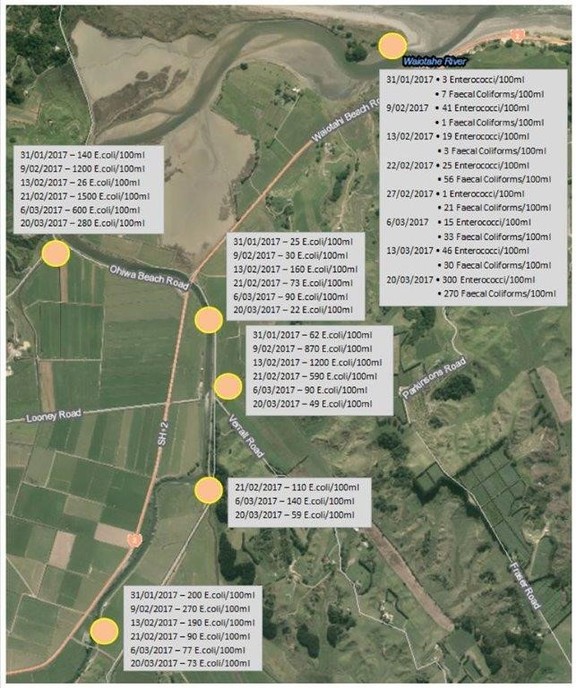 The regional council hasn't tested the shellfish flesh since last season, but its weekly water samples from November to March found a median of 81 colonies per 100ml and 53.8 percent of tests had more than 43 colonies per 100ml.

'The river mouths are speaking'

Agribusiness consultant Alison Dewes is working with about 15 farmers in the Whakatane area on behalf of the regional council to analyse the farming systems and discuss options and solutions.

Ms Dewes said in some cases the council did not have strict enough resource consents for farmers and the shellfish poisoning was the result of regional councils and industry failure to regulate farming.

She said there had not been good enforcement or policy design to protect the estuaries.

"We need that and we need it now because a lot of these habitats are getting to tipping points and we don't have a lot of time left." 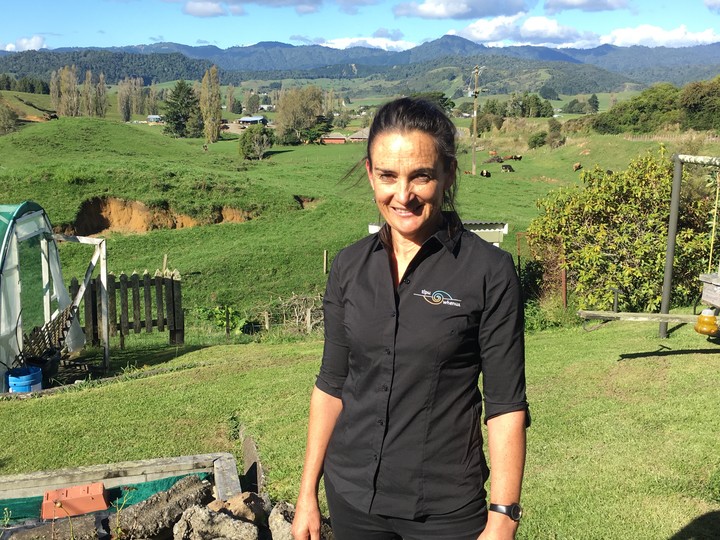 "It's gone unnoticed literally because it hasn't been monitored and looked for, but quietly we've been having kaimoana die off right around the country... which really worries me because the river mouths are speaking a story for our catchments and it's not a good story."

One obvious solution was to re-focus government spending, she said.

"We need to look at re allocating the $400 million that is going towards irrigation schemes and growing Irrigation New Zealand to instead strengthen up these local regional councils to do better monitoring and better management of these habitats... especially for the estuarine environment and river monitoring."

Tim Senior from the regional council said the issue is being taken seriously. 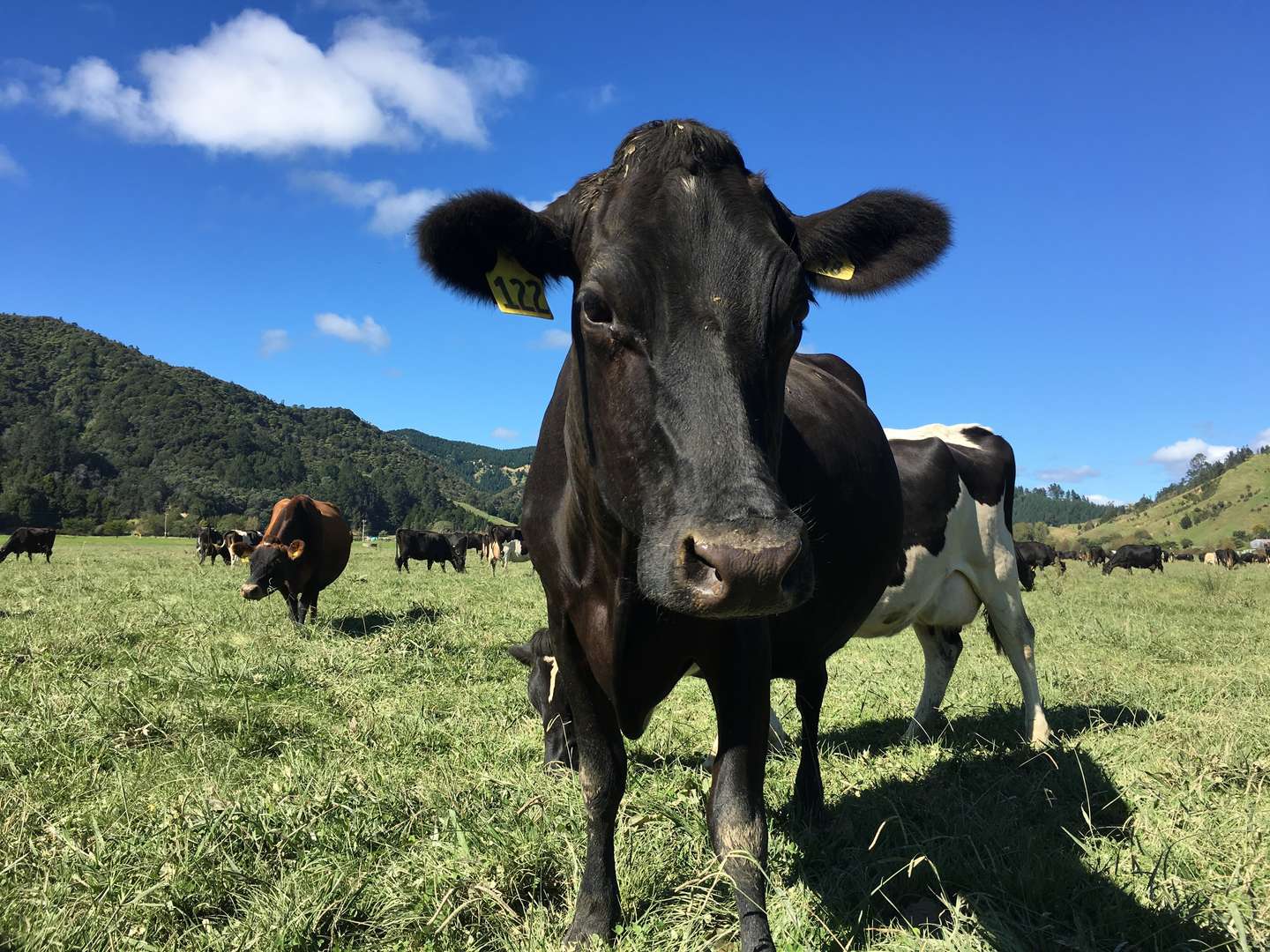 "It's simply a matter of lots of cow poo in the paddocks, and you can't stop cows pooing. Every time it rains that poo obviously gets washed off the paddocks and into the drains.

"We're doing all we can, we can't make farmers do anything really apart from follow their consents for their effluent discharges."

Any catchment with dairy cows in it will have water quality issues, and while it's clear that dairy farming is the problem, it needs to be put in perspective said Mr Senior.

"Most of them (dairy farmers) are absolutely committed to making a difference - but at the same time they have a business to run, they have to make a profit and the entire nation benefits from that.

"We need to be really careful that the solutions we come up with are acceptable to them ,us, and the nation as a whole."

He said the health warning was being taken seriously and solutions could include decreasing stocking rates, creating wetlands and increasing the land between cows and streams.

Jared Watson farms in the Waiotahe catchment and takes sustainability seriously, he recently claimed top prize at the Bay of Plenty Environment Awards. 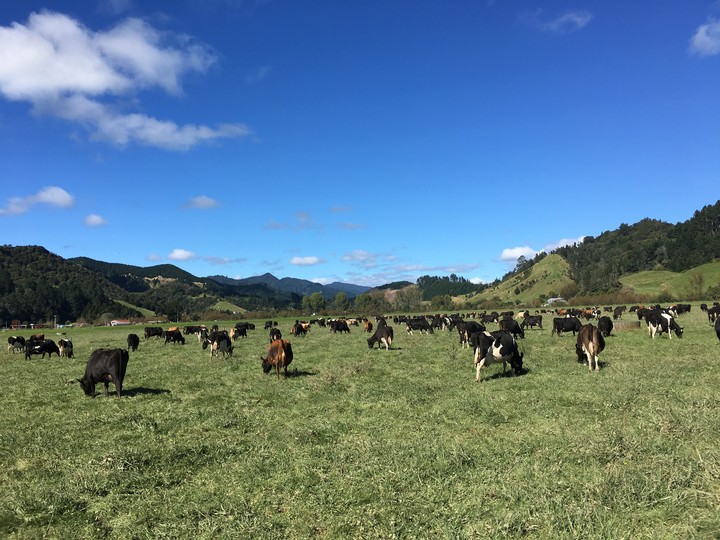 Mr Watson and his wife Sue milk about 280 cows in the flood prone Waiotahe Valley and in the past five years they've halved the number of cows and switched to once a day milking.

It was a more sustainable way of farming and the family had not looked back, said Mr Watson.

"We've basically not quite halved the amount of effluent we create. 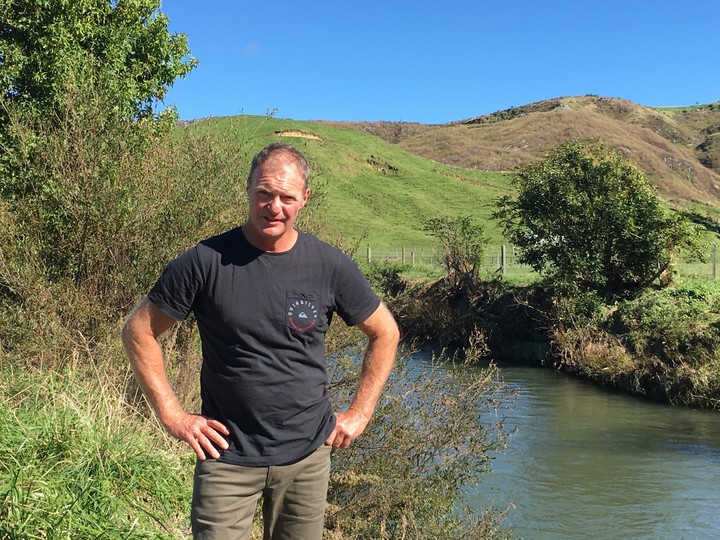 Jared Watson next to the Waiotahe River on his farm. Photo: RNZ / Alexa Cook

"Staff love it, cows love it - the cow condition is phenomenal... and the family time is just fabulous, I'm there every afternoon to pick the kids up off the bus."

He said many people are anti-farming, but instead of pointing the finger there needed to be more research and collaboration between government and industry.

"We need to stop the blame game and start finding solutions together.

"The fastest way to stop people listening is to start blaming them."

It really came back to simple management tools on farm - but it needed to be sorted out at the top, said Mr Watson.

"I don't know if the sector is doing enough. This has been coming for a while and we could do with more guidance from who we supply and from DairyNZ.

"The spotlight is really turning up and we can certainly do a better job."