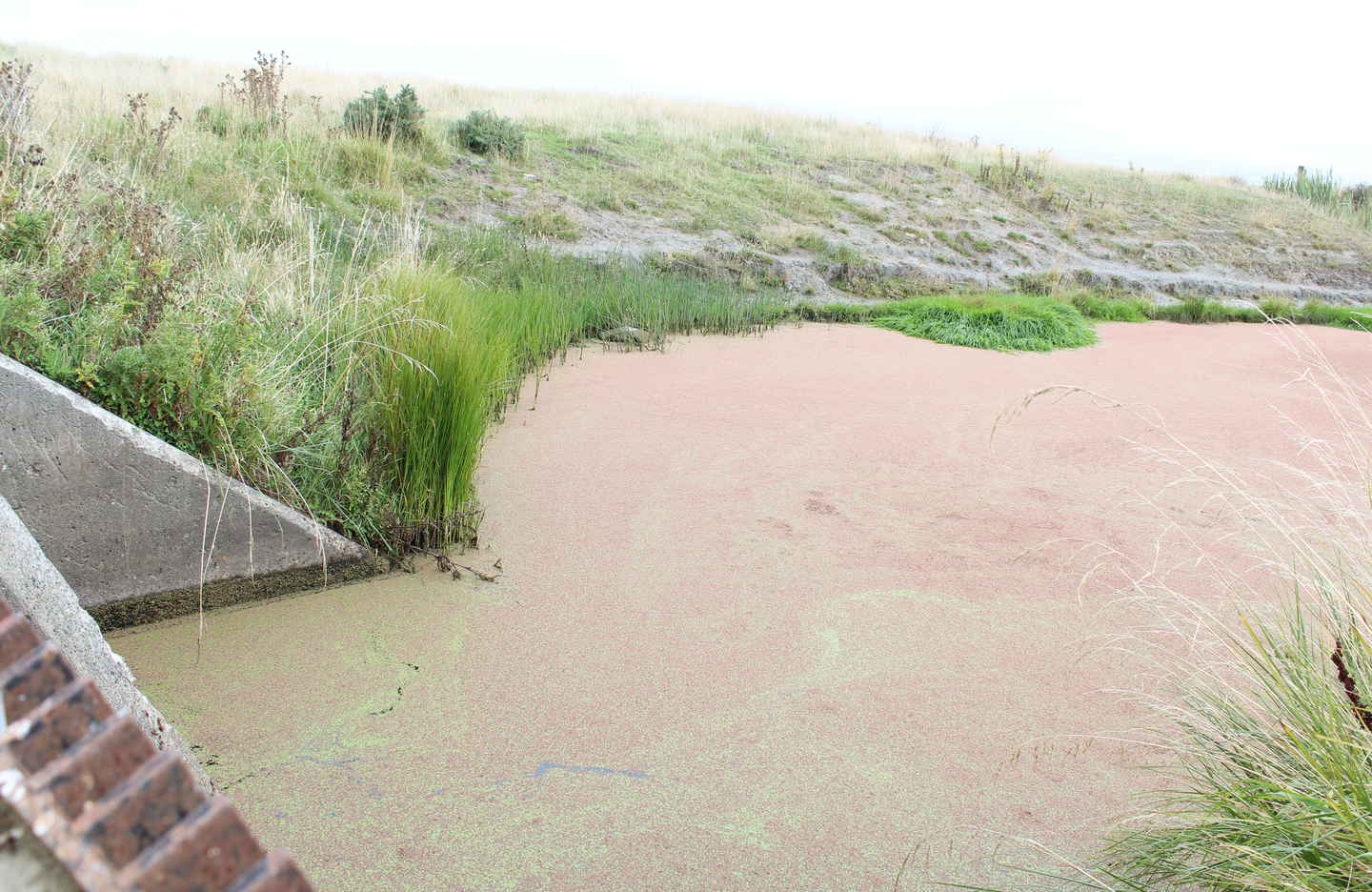 Irrigation accounts for 75 percent of the water taken from New Zealand's waterways, and of that figure a staggering 63 percent is taken in Canterbury.

It's a fact known all too well by locals in the Selwyn-Waihora catchment. They're facing mounting costs in cleaning up after historic land use change and rapid intensification.

Not only that, they now have the prospect of pollution almost doubling, largely from the oncoming second stage of the Central Plains Water irrigation scheme in Canterbury. 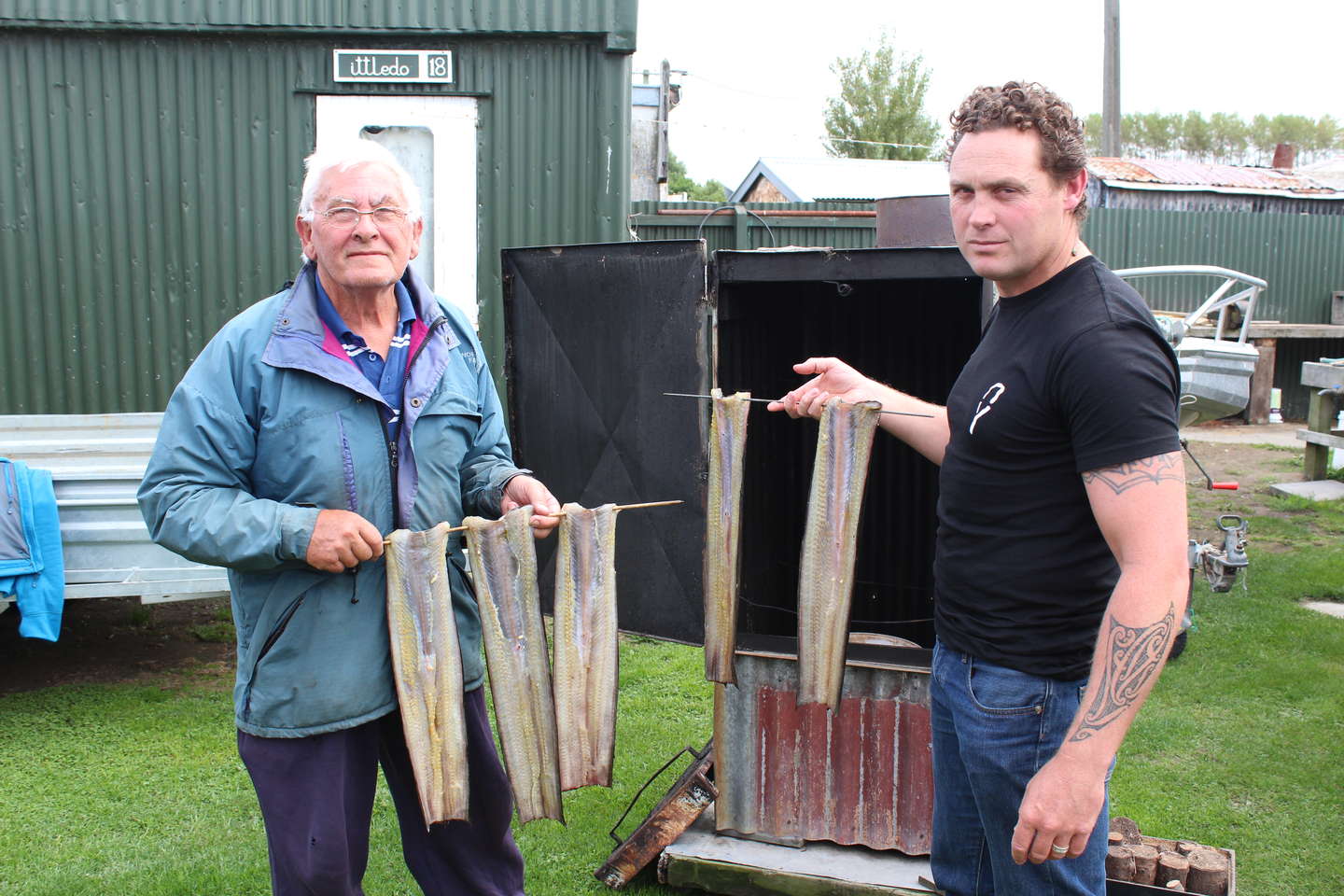 His bach sits on the shore of Te Waihora, a lake which he has used all of his 76 years.

Mr Brown is from the local hapū, Taumutu, but he is quick to say he's speaking for himself and not his iwi.

He still gathers kai from the lake, but with some trepidation. For him, it's a wonder he can see the creatures, the clarity of the water has diminished so badly over his lifetime.

"One of the ways that we used to gather eels was with a patu or spear or bobbing in the shallows and in the clear, so of an evening with whatever sort of light you had, a torch or whatever, you could see tuna in the shallows very clearly...now it's impossible, there may be some very small parts of the lake that you still can but the majority you can't." 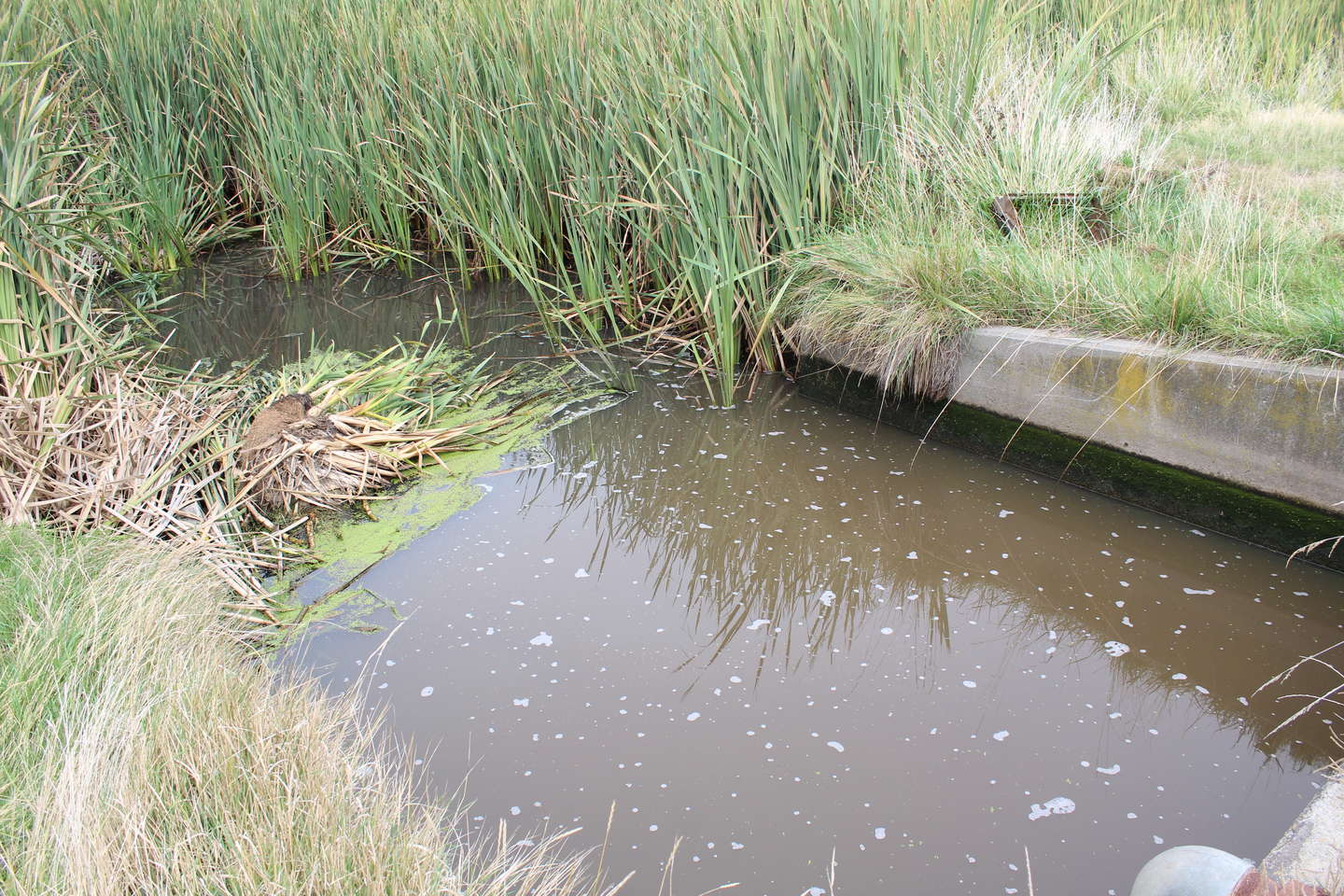 Te Waihora is rated as having very poor water quality. In fact it has the worst ranking possible and carries the dubious distinction of being among one of the country's most polluted lakes - or hypertrophic as it is classified by scientists.

Its cause is a combination of historical pollution and an intensification in farming, particularly dairy.

Alarmingly, this is forecast to worsen with a continuing drive to get more irrigation on stream.

The first stage of Central Plains Water (CPW) is complete - due in part to $6.5 million from the taxpayer through Crown Irrigation Investments, a government fund for irrigation schemes.

The cash has duly been paid back into Crown coffers, with about $1m in interest on top.

And in December last year $65m was committed to CPW's second stage, which is also due to be paid back in full with interest. 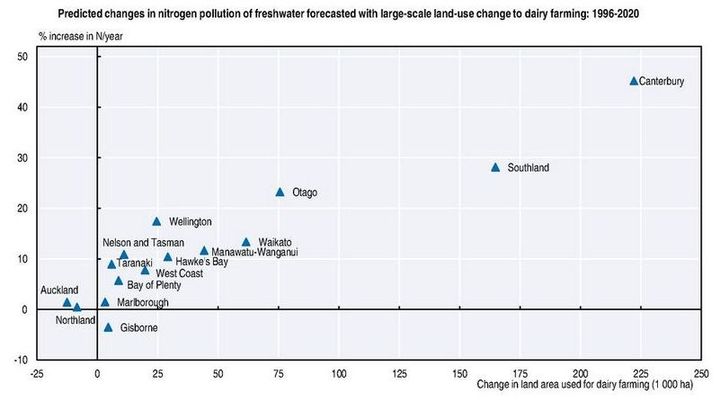 The Canterbury Regional Council estimates (PDF, 6.3MB) that even without more land intensification in the catchment there'll be a 35 percent increase in nitrogen entering the lake in the next 10 to 20 years.

The current nitrogen load in the Selwyn-Waihora catchment is 3200 tonnes a year, and with the addition of CPW it will rise to 5600 tonnes. 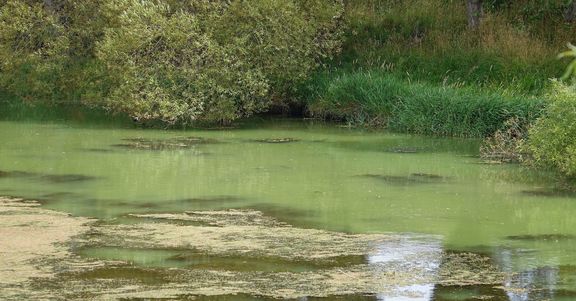 However there are new measures for farms which aim to restrict the load to 4800 tonnes per year.

CPW chief executive Derek Crombie says for a farm to qualify for scheme water it has to prepare a plan with a nutrient budget, and every year the farm will be audited to ensure it complies.

"If they don't pass the audit then they won't get water," Mr Crombie says.

He says having reliable water will mean the nutrient can be applied a lot more sparingly, reducing harmful run-off.

"The better operators are now using half the nutrient that they were as dry-land operators because they know that the water will be there when they put nutrient on, that it can be used efficiently and it doesn't get washed into the soil, doesn't get lost through leaching."

The cost of the clean-up

A package of actions has been developed to rehabilitate Te Waihora, and it's estimated the this will need at least $200m of funding over the next 20 years.

In addition to that, efforts by the community to restore the lake are worth $774.6m over a 10 year period according to Environment Canterbury. That includes the work of organisations managing water in the catchment, including farmers, volunteer hours and in-kind contributions.

That doesn't include $6m to $11m from the Crown spent cleaning up the lake since 2013 through the Whakaora Te Waihora programme - a co-governance group consisting of Ngāi Tahu and the Canterbury Regional Council.

He says they are in the process of looking at where they can get more funding, but it's challenging.

"Clearly we would love it if central government gave us a lot more, but we also know that we're going to have to take some responsibility for finding funding ourselves...and when I say we I'm not just talking about ECan, I'm talking about Canterbury and the people who care about this stuff."

Mr Bedford says there's no silver bullet for the clean-up and it'll be about generations of hard work trying to get everyone to share the goal of cleaning up.

That includes farmers, and Mr Bedford says they know they'll have to take a tougher line to protect the environment.

"Do they like it? Probably not, but I think increasingly they understand that there's an expectation from the wider community that we have to clean some of these things up, so rather than fighting it they're now looking to better understand how they do it." 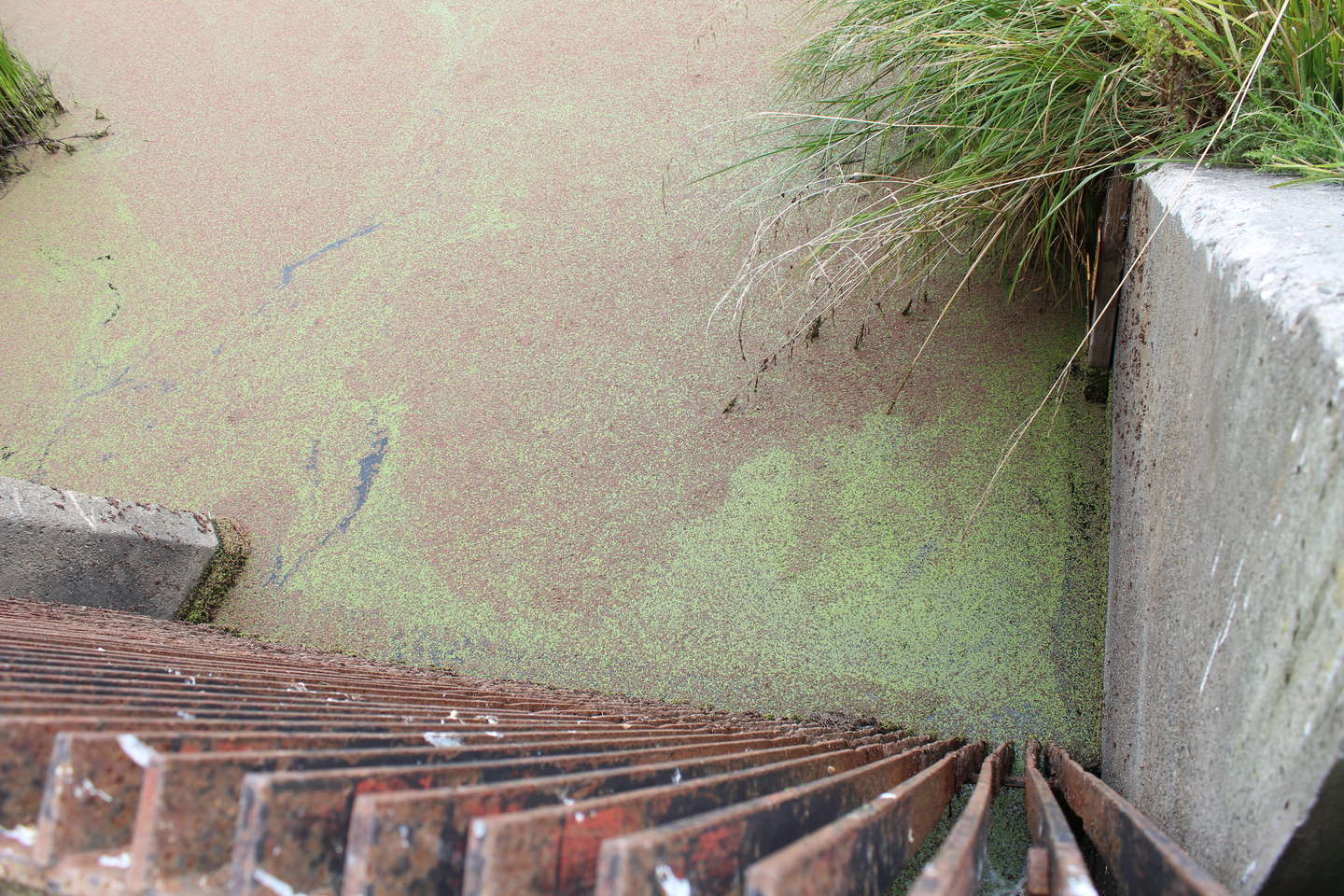 What else are we meant to do?

Craig Pauling refers to Don Brown as uncle. He opposed the Central Plains Water Scheme in the Environment Court.

To him, the knowledge that taxpayer money is being poured into an irrigation scheme which will cause more pollution is hard to bear.

He says the fact that millions more will be needed to clean it up is equally ridiculous.

"We're now left with having to deal with Central Plains coming at us and the deterioration that is predicted to come."

Mr Pauling says time will tell exactly how this unfolds, but it is predicted to get worse.

"I think you just have to sit back and go 'What the hell!', and try to get on with the life that we're going to be left with after that...and, you know, that's us continuing to come out here, have a relationship with the place, bring our kids out and put up with the mess."

"It's not cool, but what else are we meant to do?"