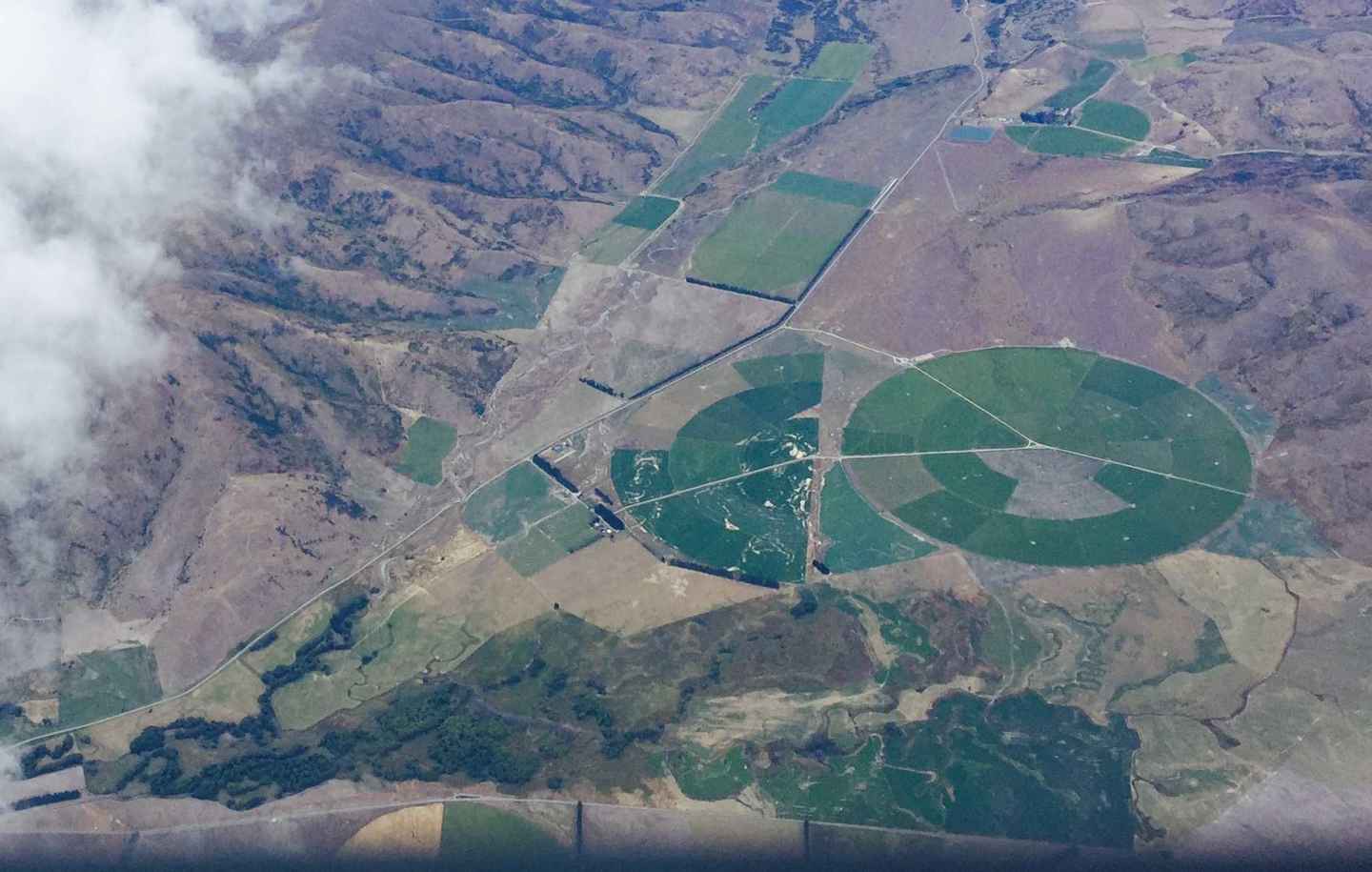 It's the closest thing New Zealand has to a desert. The Mackenzie Basin landscape is not replicated anywhere else in the country, let alone the world, and it is being changed irreversibly.

Not just the land is being changed, the once-pristine lakes are showing signs of strain too.

The area has been at the centre of a 10-year court battle after farmers and landowners opposed tougher development rules proposed by the Mackenzie District Council.

A decision from the Environment Court this afternoon has found that pastoral intensification and agricultural conversion in the Mackenzie Basin is often inappropriate and unsustainable.

The decision says large areas of the basin that hold inherent values are being lost, quickly. 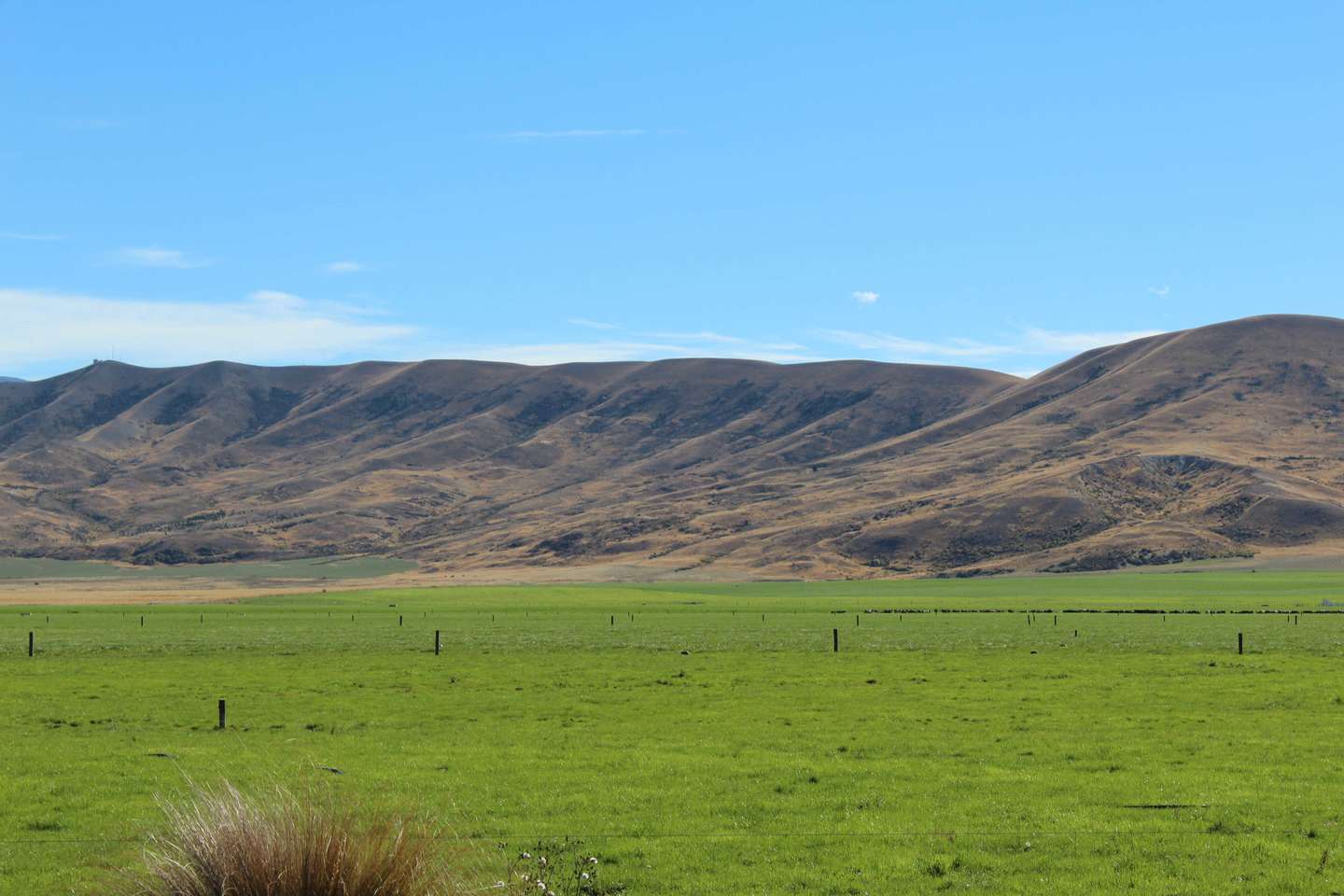 A transforming landscape: Green pasture in the Mackenzie Basin, which is better known for its dry tussocks. Photo: RNZ / Kate Gudsell 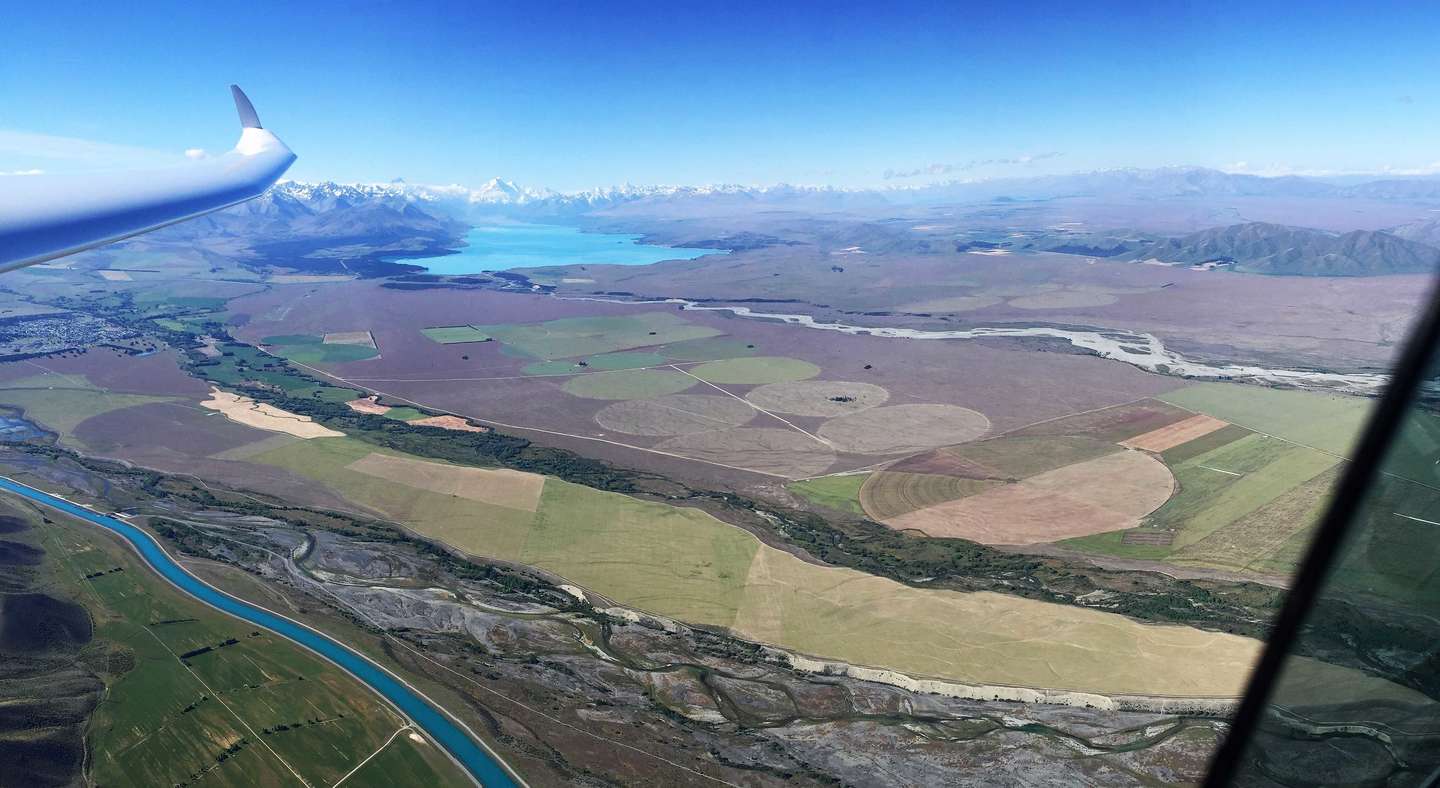 Intensification of the land east of Twizel Photo: Gavin Wills

Swathes of green pasture interrupt the dry, tussock grassland as you drive through the Mackenzie Basin, punctuated by a huge pivot irrigator every so often.

It's an ecosystem which holds significant ecological values, but the majority of those values are not protected and are vulnerable.

That's the conclusion of the Department of Conservation (DOC), according to evidence it presented at the court battle between the local council and groups opposed to tighter rules around development proposed a decade ago as part of the council's changes to its district plan, known as Plan Change 13.

It's a battle which reached a climax this afternoon, and the Environment Court says there is a case for a moratorium on free-holding land in the basin with special qualities.

Rosalie Snoyink and Jen Miller have been fighting for the preservation of the Mackenzie Basin for years.

In 2009, Ms Snoyink helped found the Mackenzie Guardians, a move driven by 110 applications to take and use water in the region.

Eight years later, she and others are still fighting to protect the area after a loophole in the Mackenzie District Plan has allowed vegetation to be over-sown and top-dressed in some parts. This is known as Plan Change 17 and is separate from the other court battle. 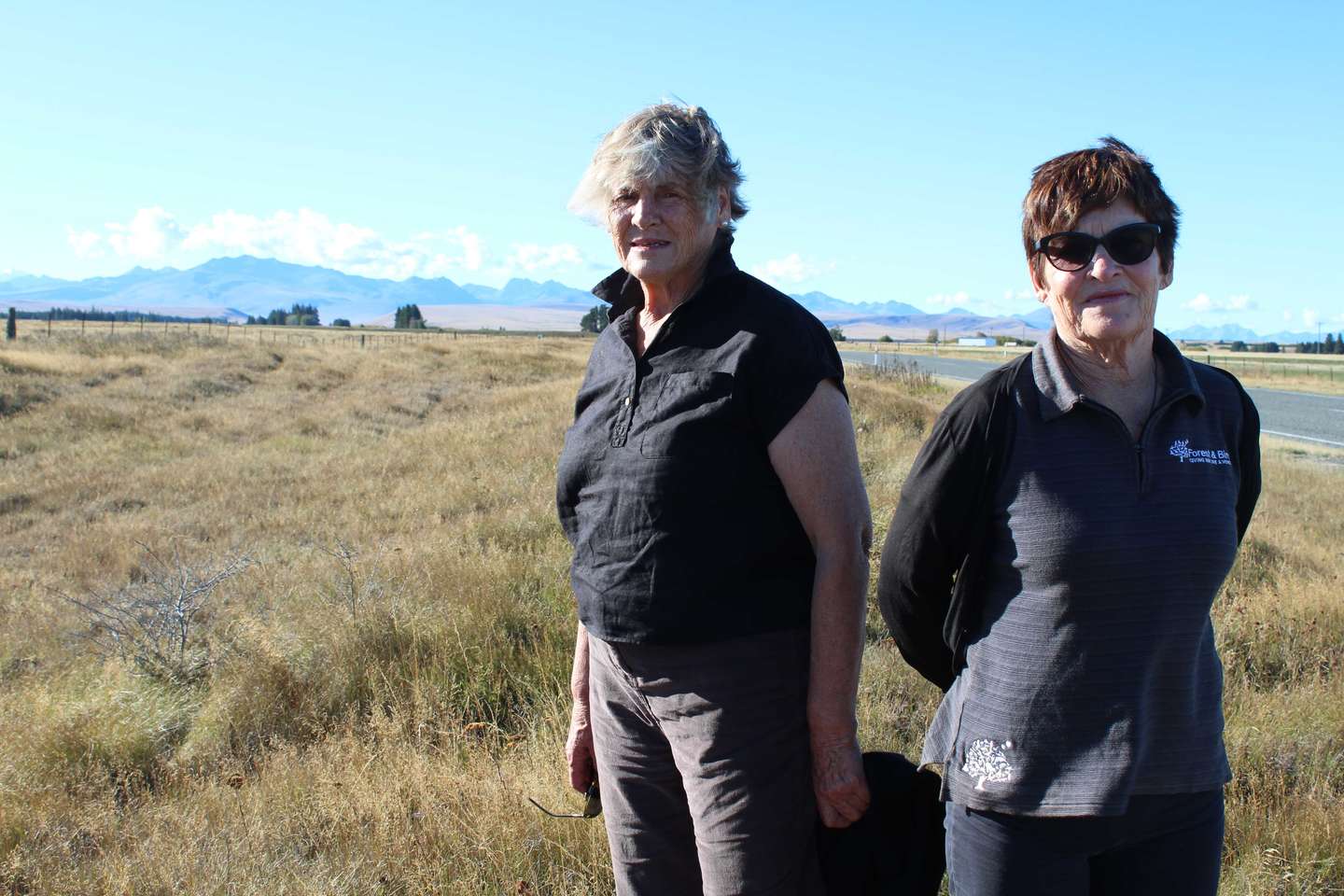 Ms Snoyink says the change in the Mackenzie Basin has reached a tipping point and wonders why this has been allowed to happen.

"The land did not have enough protection in place and the growth and the development has simply overtaken in the meantime and this is this incredible loss that has occurred and there's not been regulation to control it."

The Mackenzie Basin's ecosystems support a distinctive biota, including providing habitats for a disproportionally high number of threatened species, at least 81 species have been classified as threatened or at risk from the basin floor habitats alone.

Since 2000 intensive agricultural practices using cultivation and irrigation have caused widespread and permanent loss of these ecosystems and indigenous biodiversity according to DOC's evidence.

Forest & Bird's regional manager for Canterbury and the West Coast, Jen Miller, says no one ever anticipated the degree of intensification that has occurred.

On a personal level she says the loss of biodiversity makes her feel sad, and she believes people genuinely love this landscape.

"They love to tell that story about ourselves, you know the Southern Man, that sort of romantic notion of us as New Zealanders, the pristine, blue, glacial lakes but actually when you look at the green and you look at the pivot irrigators you're looking at the slow incremental destruction of those values." 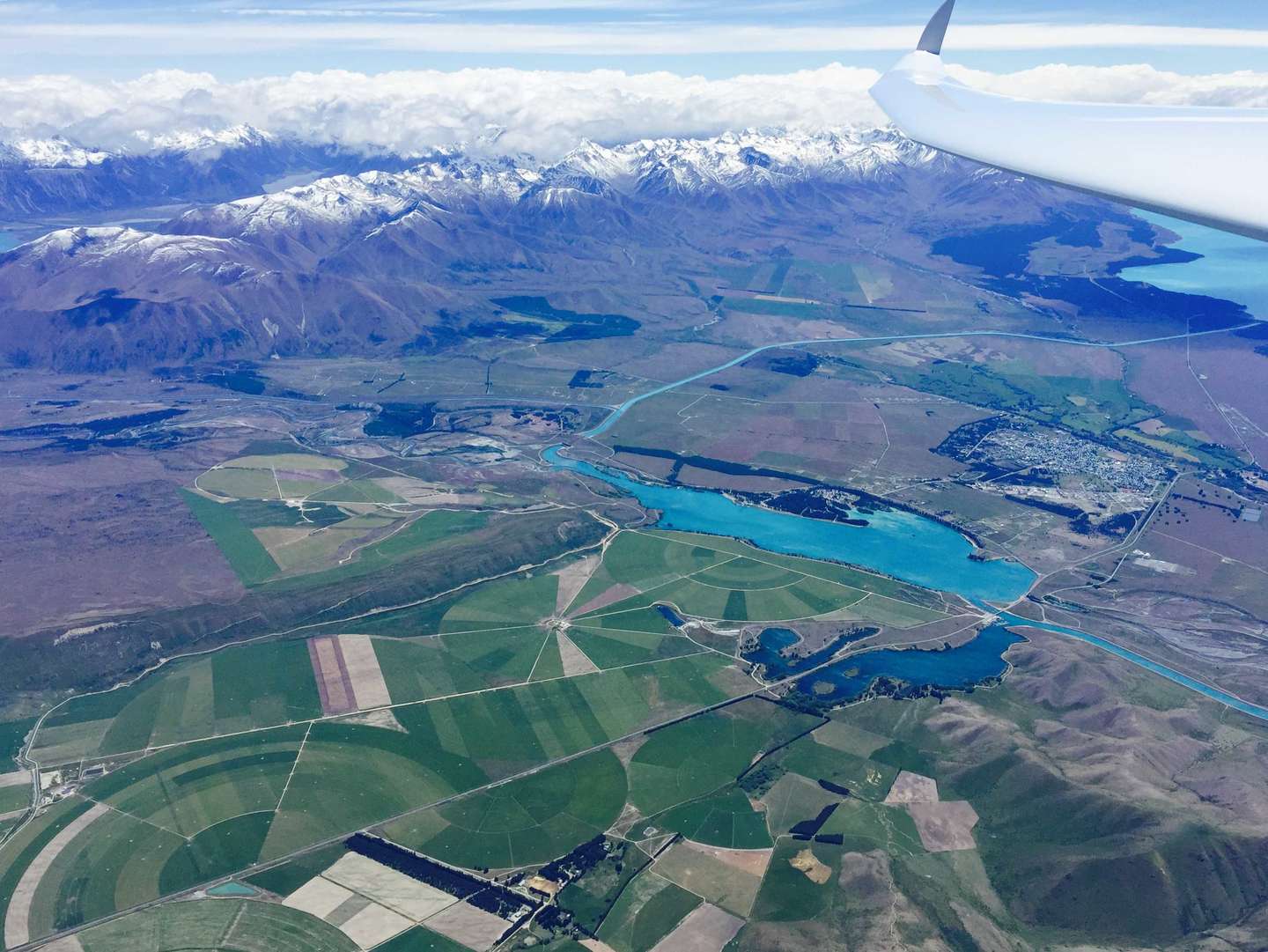 Irrigation around Twizel can be seen from the air. Photo: Gavin Wills

The Southern half of the basin that lies in Waitaki has been more affected, Omarama in particular.

According to the DOC evidence, 47 percent of Omarama's alluvial ecosystems has been destroyed since 2000, and 37 percent of the area's moraine ecosystems is also lost. 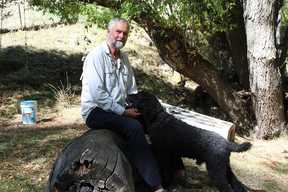 Glider pilot Gavin Wills has been visiting Omarama since the 1960s and made it a permanent move 20 years ago.

He is not only worried about the land change, but also what it is doing to the local waterways.

The Omarama Stream runs through his property and he says people have lost confidence in their ability to swim in the stream.

Mr Wills makes no claim to being an expert, and says he's just a local observer.

"I sit here and look at the river and notice that there's foam and froth on it or that it's very cloudy, I keep my grandchildren out of the river in case they catch something nasty." 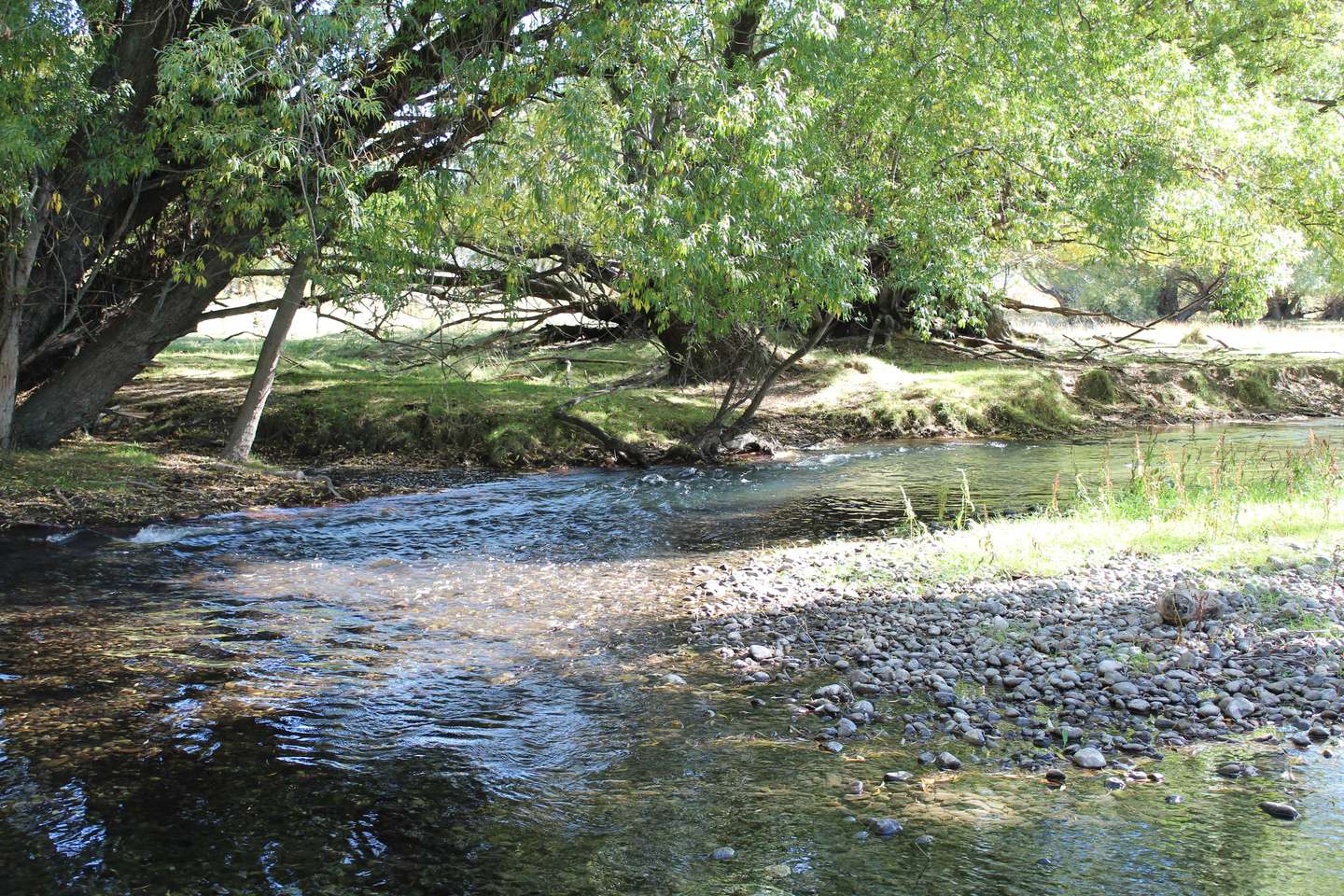 A Canterbury Regional Council report on the water quality state of lakes in the Waitaki catchment says while most are in good ecological health, it is clear land use is having a negative effect.

The Ahuriri Arm of Lake Benmore has also exceeded trophic objectives - a set of standards to measure the health of lakes - in recent years, and has higher concentrations of nutrients in in-flowing tributaries than other large lakes in the area.

The Omarama Stream feeds into the Ahuriri River.

Richard Subtil farms the Omarama Station. He has 560 hectares of centre pivots, which his farm funded. 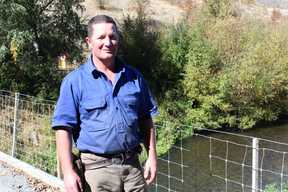 Omarama Station is among seven on the stream that are working together to provide water quality data to the council on a voluntary basis.

He says he would not be happy leaving a deteriorated waterway as part of his legacy.

"I know that there are areas of excess where people haven't done the right thing and that really pains me as much as anybody else.

"But with modern technology and more attention to detail I'm absolutely confident that we can do this, we can produce things of high value and that's the key to me, without impacting the waterways."

Mr Subtil concedes there are farmers who are not as conscientious as him, but he thinks this is changing, and that more thought needs to be put into what areas are irrigated.

"We can produce things of high value and that's the key to me, without impacting the waterways" - Richard Subtil

"I think it's regrettable when people build infrastructure right by the side of the road, I do think that if a lot of stuff was hidden a bit further from the road we would get a lot less air time than the big pivots that are parallel with the state highway."

Last year, an agreement was drawn up to prevent further exploitation of the Mackenzie District's loophole. It will be in force until the end of the year while a permanent change to planning rules is drawn up. 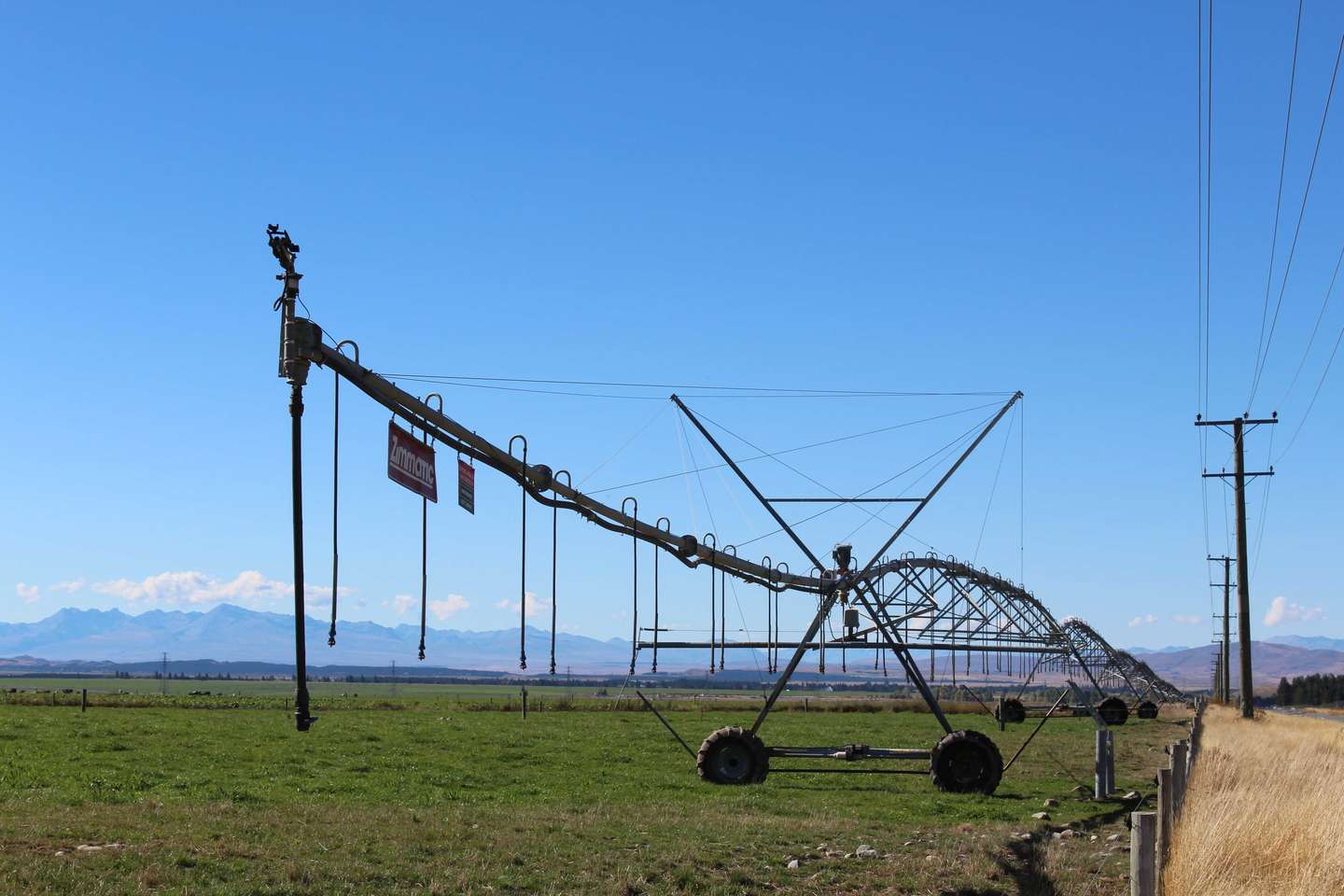