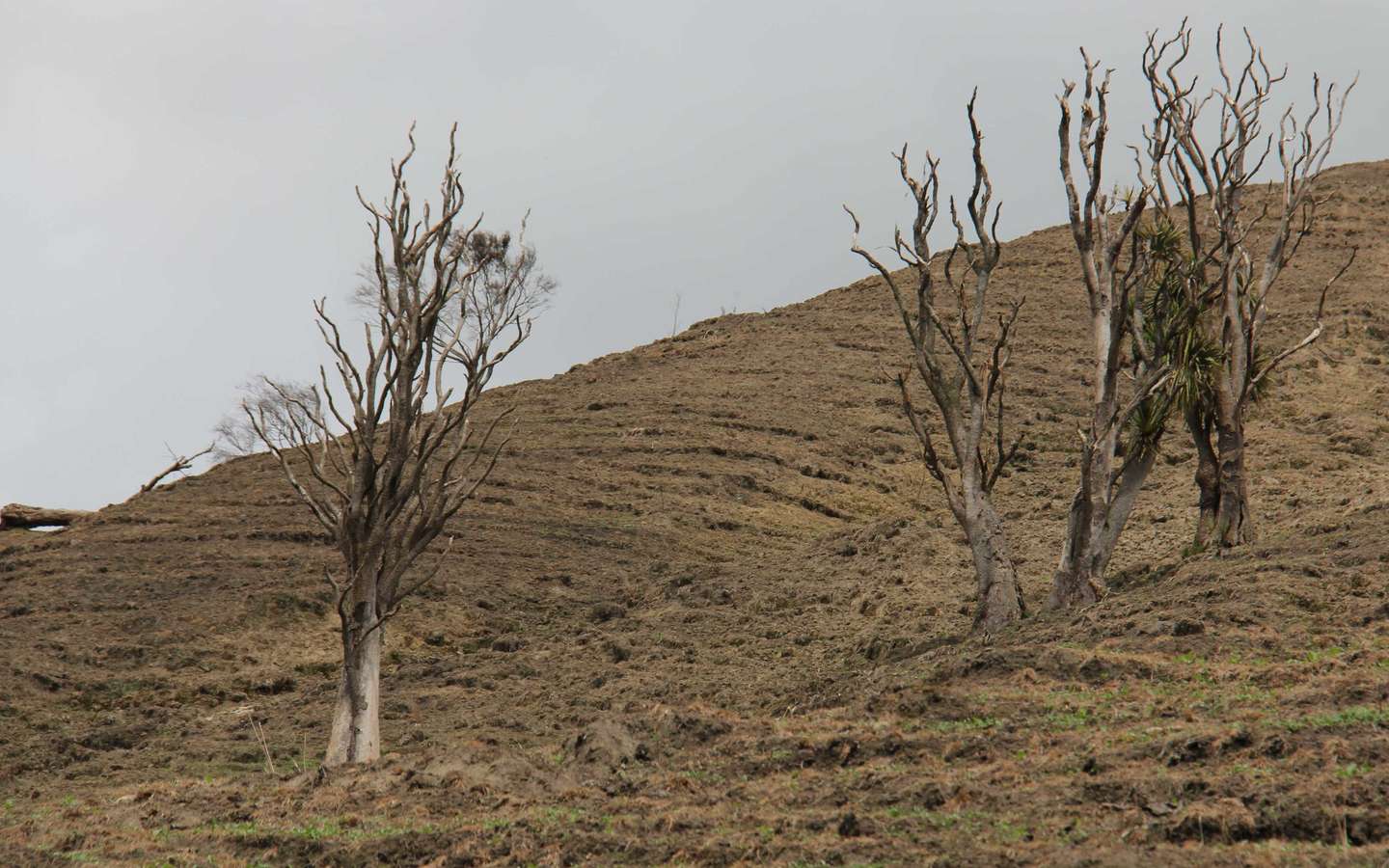 In the Rangitikei, it is known colloquially as 'spray and pray' - a new practice of un-monitored intensive farming, stripping land of pasture and grazing stock in mobs.

It is uncontrolled and more and more people are worried, including farmers, about what it's doing to waterways.

Those who partake in the practice spray steep hills with round-up to clear the pasture, oversow it with a winter crop, and aerially spray it with fertiliser. Then, as the locals say, they pray for rain.

When the rain comes it turns the steep hills into a rich velvety crop, ripe for the cattle and sheep to fatten on over the winter. 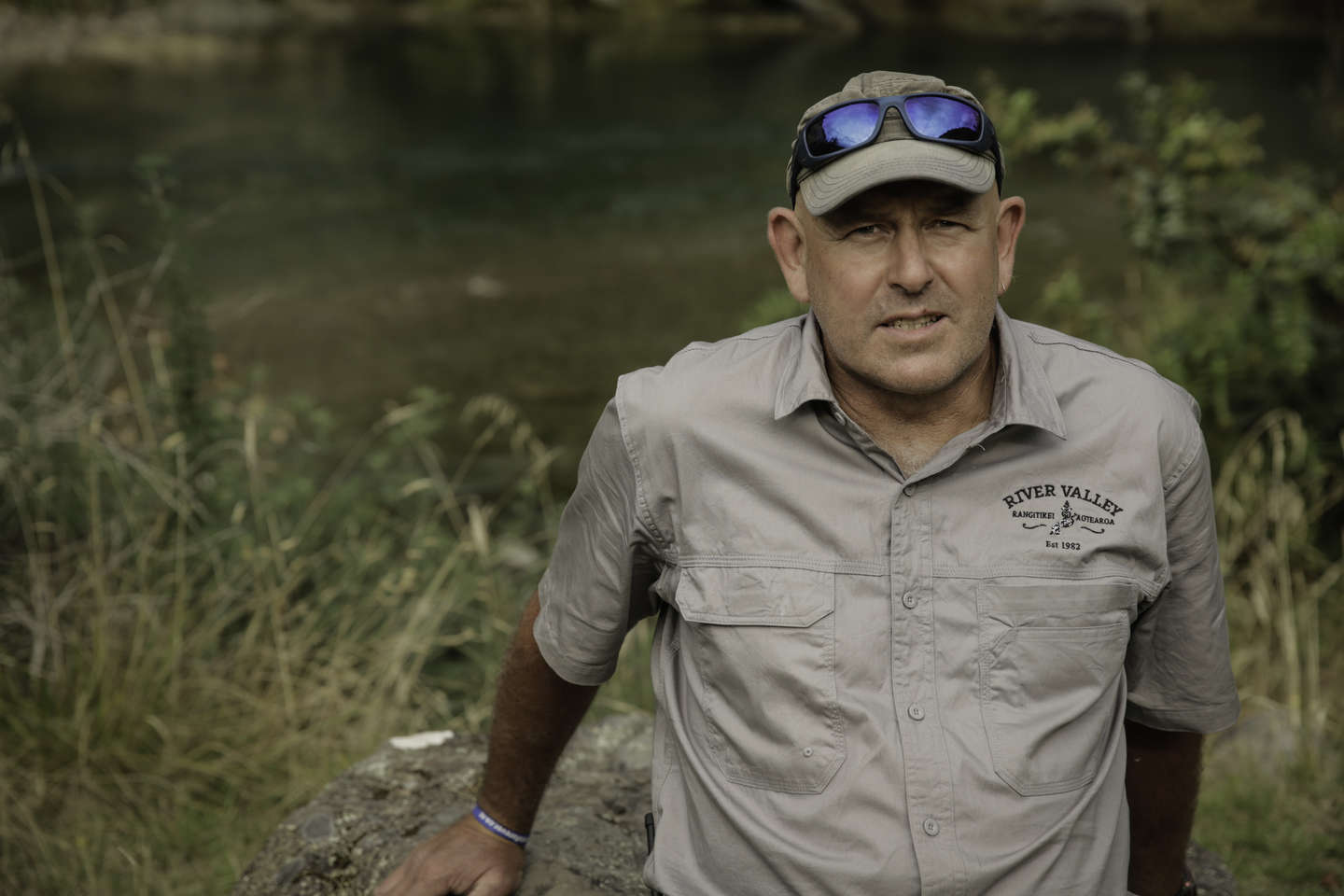 Brian Megaw's family have been rafting on the Rangitikei River since 1982. Photo: RNZ / Hans Weston

But once the animals have done their work, it leaves a barren landscape, the land stripped back to the soil.

The kind of environmental legacy it leaves is unknown because the Horizons Regional Council does not regulate it, therefore it is not monitored.

The economic benefits to the farmers from this practice, which has sprung up in the last few years, are also largely unknown.

What is certain is that locals are not happy that it is taking place above waterways which run into the Rangitikei River, one of 15 rivers in the country with a Water Conservation Order on it.

Fish and Game chief executive Bryce Johnson is so worried that he's written a letter to the Environment Minister, Nick Smith, and the Minister for Primary Industries, Nathan Guy, to raise the problem.

Brian Megaw's family has been rafting on the Rangitikei River since 1982, and has since opened the River Valley Lodge.

It lies on the banks of the Rangitikei, about a 40 minute drive north of Taihape. 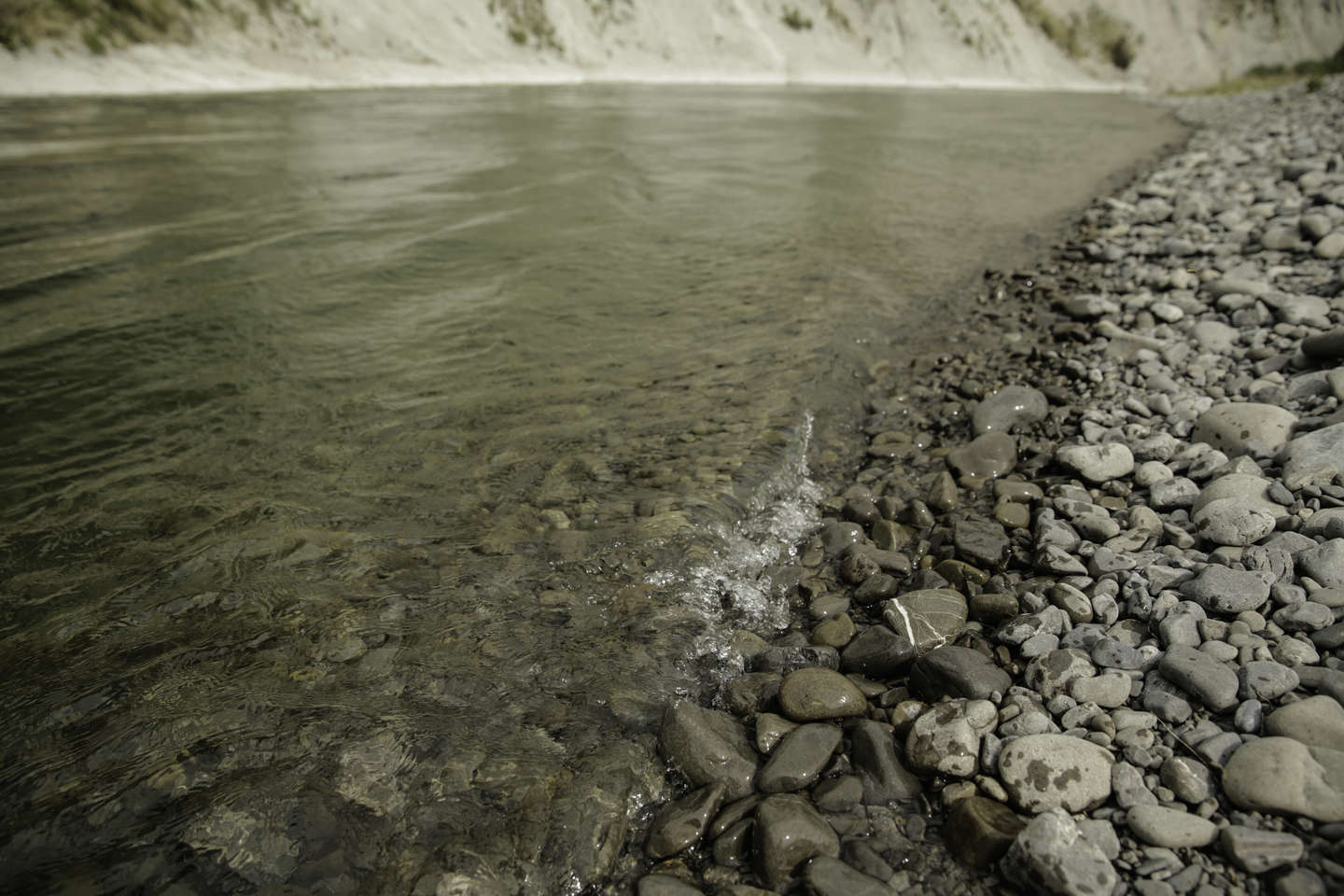 About 14,000 people pass through his doors every year, many of whom his company takes rafting on the river.

He says when he started rafting the water was pristine, but it has deteriorated since then.

"I think the New Zealand tourism industry is based on this 100 percent pure aspirational message, if you like that, eventually if we don't deliver that we're going to be on our faces.

It's not affecting his business directly yet, but Mr Megaw is worried about the downstream effects of the practice.

He said hill country cropping was in part responsible for this, as was farming in steep country.

Some local farmers say spray and pray is being used inappropriately.

"Farmers need to think about if they get a rainstorm where that soil ends up, and is it worth it if you're spraying on steep hill country that will not retain seed, it all ends up in the bottom." 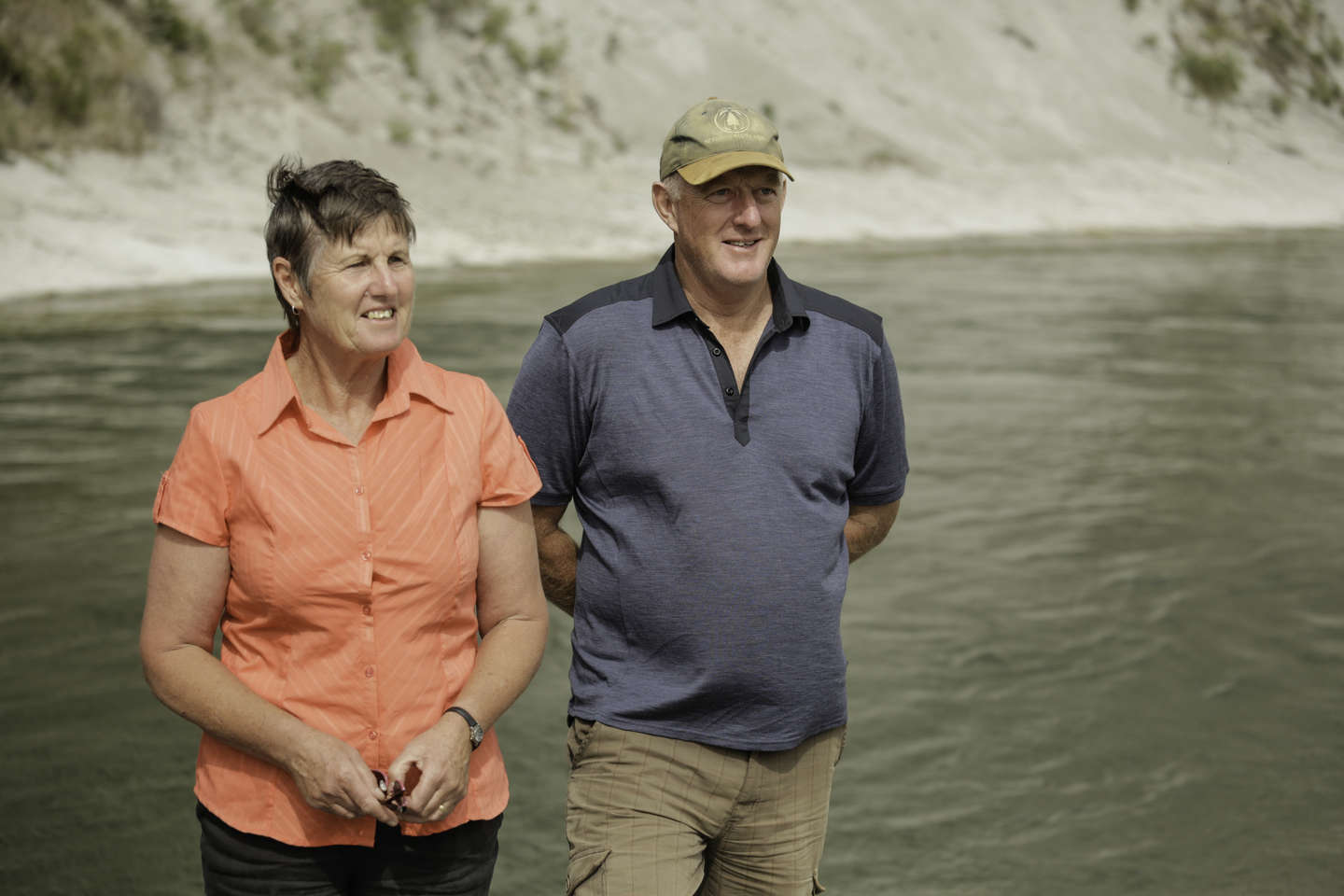 Another farmer Angus Gordon, who like Mrs Rainey is a Rangitikei District Councillor, believes if spray and pray was used across the country there would be a serious problem.

He does not believe the process is being managed correctly by the farmers.

"I think it's a little bit hit and miss, you'll get people who are really good custodians and they'll go to the enth degree to ensure that the soil stays in place and then you'll get other people who it might too hard or too difficult or too expensive and so they're prepared to take the risk and it's a bit like gambling, a bit like playing Russian Roulette really."

Mr Gordon thinks soil and pollution from spray and pray is potentially ending up in the Rangitikei River, which employs a lot of people in the region including tourism operations.

He said one business should not be prioritised over another. 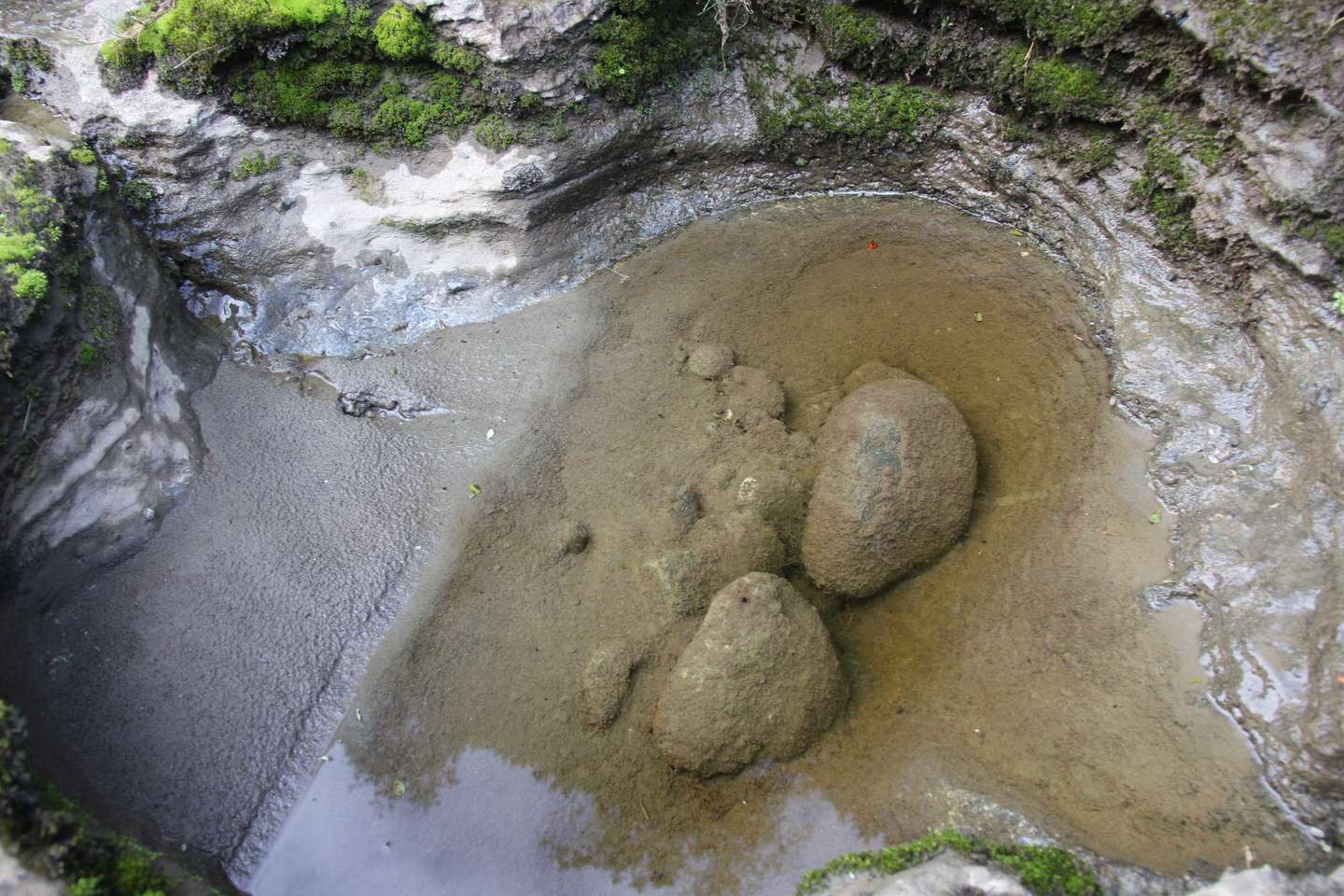 Environmental consultant and director of the Catalyst Group in Palmerston North Greg Carlyon says the activity has emerged in the last few years as the costs of helicopter spraying herbicide, seed and fertiliser on to steep hill country has become affordable.

He says when the crop is ready to be eaten it will be mob-stocked, "so it's not your normal stocking rate of one or two cattle per hectare, it'll be a large mob of cattle put onto there and they'll be trying to use up the site on their way through. So by the end of winter . . . there'll just be a sea of mud."

All the nutrients, the other contaminants and a whole lot of other soil will make its way into local waterways Mr Carlyon says.

His expectation is that farmers using hill country cropping would have strong management practices, but he does not think this is the case.

"That's why that phrase spray and pray is so true, because it's wing and a prayer stuff itsn't it? You're hoping it works alright and that's just not good enough in this day and age."

Mr Carlyon questions the economic driver for this.

"While it might feel that it's right there's no economic evaluation being done and I think that's the whole purpose of these things is to generate prosperity for the landowners concerned, but I can no research that indicates that it's either an environmentally or economically valid way of operating on that landscape."

Hill country cropping does not fall under the Horizons Regional Council's rules because the practice wasn't being used when the One Plan was devised ten years ago.

Its land manager Grant Cooper says there are controls over the spraying but not the grazing management and a resource consent is only required when woody vegetation is being removed, not pasture.

"What we'd like to know is that farmers are using best management practice and there are risks involved with it and we would want to keep an eye on it, I think just to see whether there are environmental effects.

"At the moment we don't really know."

Mr Cooper said no real research on production benefits and economic analysis of the practice has been done.

He said Horizons was in the process of looking at the practice more closely. 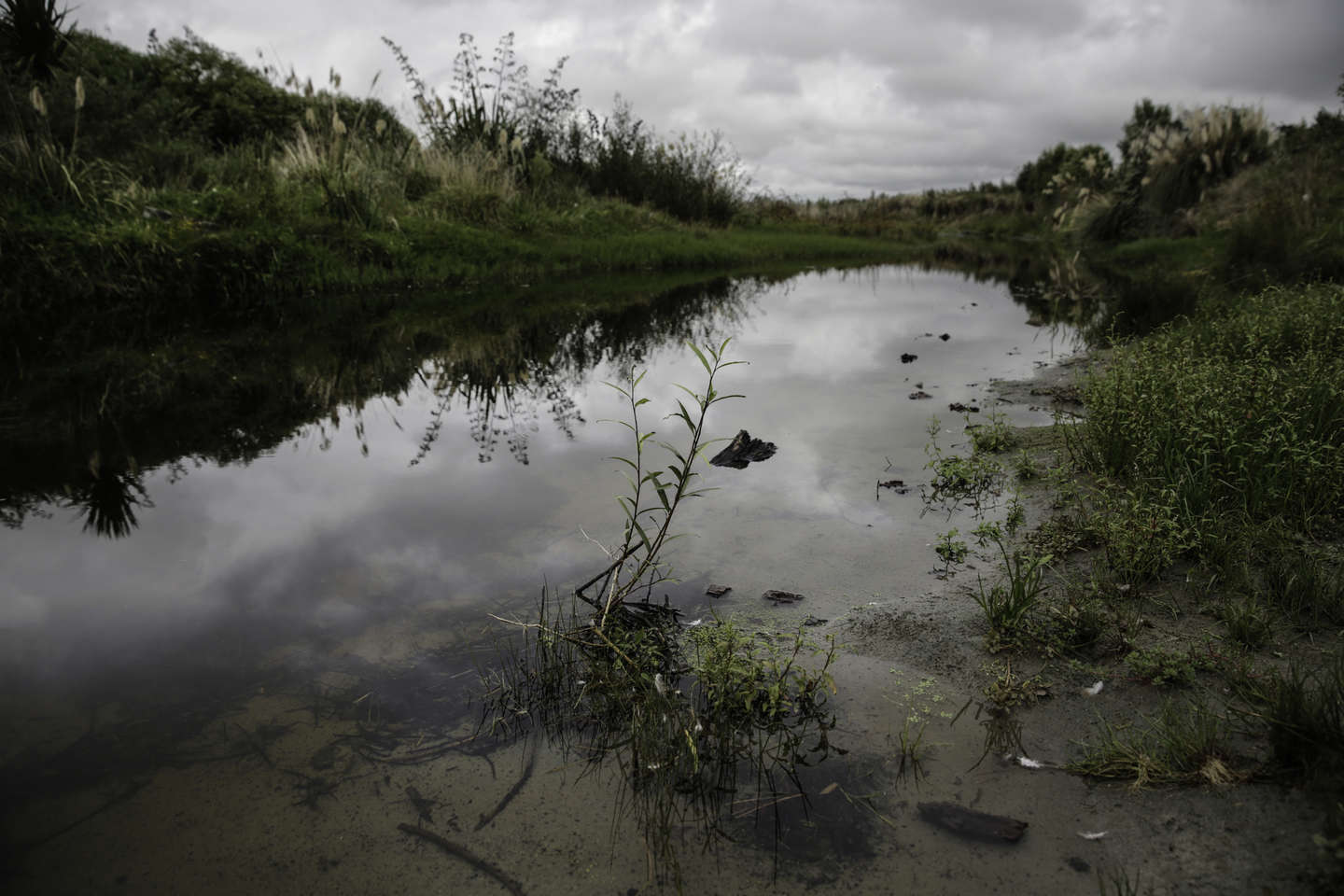