Increasing ICU bed numbers is not that simple 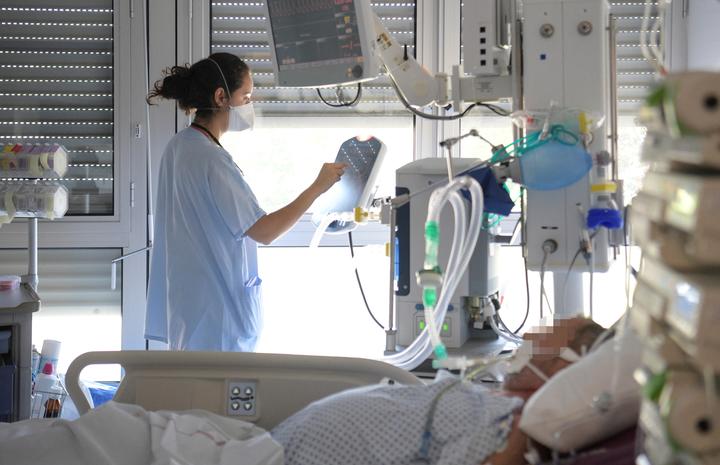 A doctor joined the meeting from Italy, where Covid-19 was running riot.

“He was describing what was happening in Italy. You probably had about 70 percent of New Zealand’s ICU consultants in one room. And genuinely, I remember the hairs on the back of my neck standing up as he talked about what was happening.

“What we heard was tales of ICUs in Italy being completely overwhelmed, people dying because they simply didn’t have the capacity.

“We were all very afraid.”

New Zealand is a wealthy, developed country. So why have our intensive care facilities failed to keep up with population growth and demographic shifts?

How do we increase capacity? And why haven’t we made meaningful inroads since the shock of Covid made locking down our only viable option?

What is intensive care?

Firstly, it’s important to understand what an intensive care unit actually is.

“(An intensive care unit) is, essentially, a physical room where patients are cared for intensively. You have a variety of things that you have in the rest of the hospital, but all in one area”, Psirides says.

“You also have a much higher nursing ratio – which is the key component.

“If you’re an intensive care patient on a life support machine, you will physically have a highly trained ICU nurse standing next to you, 24/7, as long as you remain in the intensive care unit.”

But - “New Zealand intensive care has one of the safest and best outcomes in the world”, Psirides says.

“If you look at mortality, your chance of being admitted to an ICU and surviving is better than almost any country. It’s better even than outcomes in America (which has more than 20  ICU beds per 100,000 people).”

A system under pressure

There are two ‘types’ of patient who end up in intensive care: the first is planned admissions, patients who need life support after major surgery.

Psirides says these admissions take up between 30 and 40 percent of bed spaces. They are booked well in advance, weeks or months before patients actually turn up at the ICU.

These are people who’ve gone through elective surgery, which can be safely deferred without immediately harming the patient.

The second category is anyone else who needs acute medical attention: people who’ve been in car crashes, who’ve been shot, who’ve had horrible accidents.

Over the past decade, several large-scale events have put severe pressure on ICUs around the country.

Each of those events severely affected ICU services. 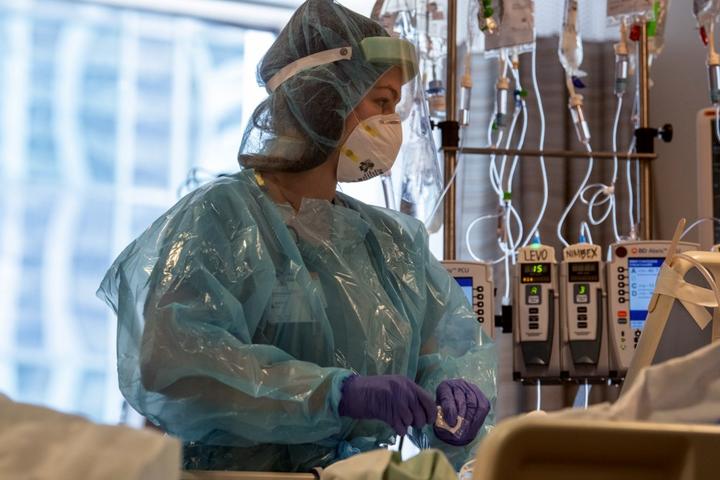 But it’s not just the one-offs. Demographic changes play their part too.

“(Unplanned) patients are increasing significantly over a long period of time, because A) there are more people; and B) people are living longer, they’re getting older, and they’re getting sicker.

“The tradeoff for that is that we defer surgeries that have been planned. And that’s deeply unfair on the people who’ve been booked in for their heart operation six months ago.

But scaling up ICU capacity isn’t as simple as building more units.

ICU beds are expensive. A single unit costs over a million dollars per year to run.

“I have a lot of sympathy for politicians and health economists”, Psirides says.

“You need, obviously, doctors in large numbers. And you need a whole lot of specialist equipment.

“So, if you’re a health economist, or you work in public health, and you’ve got a budget of X million dollars, you decide whether you want to spend that money on increasing ICU capacity for rare but potentially serious events. Or you invest that in public health that stops people from needing to go to ICU in the first place.

“We have the benefit of hindsight now, after being involved in the worst pandemic in a hundred years. We say, ‘why didn’t we build more beds?’

“Well, because that 20-30-40-50-million dollars it would’ve cost to increase capacity has been spent, hopefully, on preventing a lot more people needing ICU for other problems, rather than for a one-in-a-hundred-year event.”

It’s not as simple as requisitioning doctors and nurses who specialise in different disciplines.

“That concept that any nurse can be an ICU nurse, any doctor can be an ICU doctor ... that would be like asking me to take out someone’s appendix, when I probably don’t even know where it is anymore.”

Is it a bit like asking me, a news journalist, to write a Mills & Boon ... in Italian?

“That’s a perfect analogy. Exactly that. You should use that.

“You have a specific skillset – and we can do those jobs, but can’t do them as well; and if you’re not doing them as well, then the quality suffers.

“And I’m sure your Italian novella would be awesome, but nobody would die from you writing it.

“Whereas, potentially, if I went and tried to do heart surgery, I would do significant harm to that patient.”

Scaling up is necessary, Psirides says, but expensive.

“What we would need to increase ICU provision even to match Australia would be twice as many ICU beds, distributed around the country in areas of highest population density.”

That comes with a big price tag. But it also involves a massive increase in a resource New Zealand is already short on: skilled healthcare workers, and particularly nurses.

“If you’ve got a 24-bed unit, like we have in Wellington, we have a total of 197 nurses, of 30 doctors. And that ratio is about right to provide safely for that number of patients.

“You also need a whole lot of other people: ICU isn’t just a doctor and a nurse. We need physiotherapists, pharmacists, speech and language therapists ... dieticians, healthcare assistants, orderlies, all the people who increase the functioning of an organisation.

“I think the Kiwi way, generally, has been to struggle along with what we have, accepting that it’s not adequate. Compromises have been made.”

There is a potential reservoir: hundreds of doctors and nurses from overseas have expressed an interest in moving to New Zealand.

But a backlogged immigration pipeline means many are struggling to get processed.

Even doctors and nurses who are here are having their residency applications delayed – meaning many are leaving New Zealand to return to their families.

And Kiwi nurses, in particular, are in high demand overseas, Psirides says.

“In terms of the training we provide, unfortunately for us, if you train in New Zealand in ICU you’re in high demand in the rest of the world.

“Particularly for nurses, who are leaving to work in Australia for 30 percent more salary.”

While it may be too late to get ICUs ready for a mass Covid outbreak the Covid crisis is a stark reminder to build with the future in mind, Psirides says.

Crucially, that involves a concerted, aggressive campaign of recruiting skilled ICU nurses from abroad; and doing our utmost to retain those trained in New Zealand.