Immigration - who's in, who's out, who's waiting? 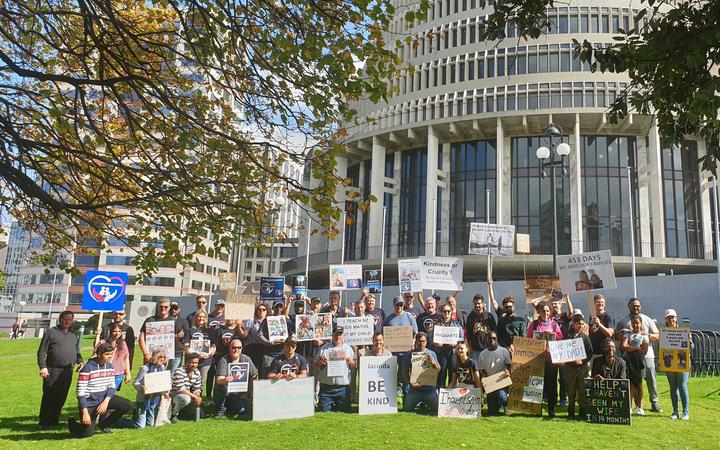 The queue for the queue, the separation of families, the people desperate to get in, those now wanting to get back out – New Zealand’s immigration situation is being described as a “tide of human misery”.

The pandemic has shaken up and affected every part of the world, and the immigration landscape is front and centre of that change.

Today The Detail's Jessie Chiang talks to RNZ's immigration reporter Gill Bonnett about who's being locked out of New Zealand, who's being allowed in and who's allowed to stay.

"Immigration was already pretty complex and disorderly and Covid was that extra curveball that nobody really could cope with," she says.

It's also not currently processing any applications for anyone overseas, with a few exceptions.

Bonnett talks through what they are, including the controversial pathway for investors to become residents.

In May, the government announced a "reset" of immigration, with a focus to move from low-skilled to high skilled migrants.

"At the same time they were announcing the immigration reset they said that 200 investors were going to be allowed in," says Bonnett.

"There are those people who think we should totally capitalise on the fact that we're virtually covid-free and get those people in ... and then on the other hand there are people who are queueing at the border and must have their heads in their hands."

And even for people already in the country, any amount of certainty is sorely missing.

By far the largest group of foreigners waiting for news about their residency application are those in the skilled migrants category.

"You have to put in an expression of interest and then a certain number of them are pulled from the ballot," says Bonnett.

"This was the case up until covid struck and then they suspended the ballot and ever since then, those numbers have been building up so they're about 10,000 people now."

If you're lucky enough that you can apply for residency, you join the other 30,000 people who are waiting for their application to be processed.

Bonnett explains why residency is so important for people and why some are giving up and going back to countries where Covid-19 is still raging.

She also talks through Immigration New Zealand's role in why there are lengthy delays, but also why their hands are tied.