Ahead of her time

From a pair of hand-knitted baby booties to a fully-blown business two-decades on selling not one, but two lifestyle brands, seems a far cry from Peri Drysdale’s days as a nurse. But Drysdale has always had an entrepreneurial head on her shoulders. 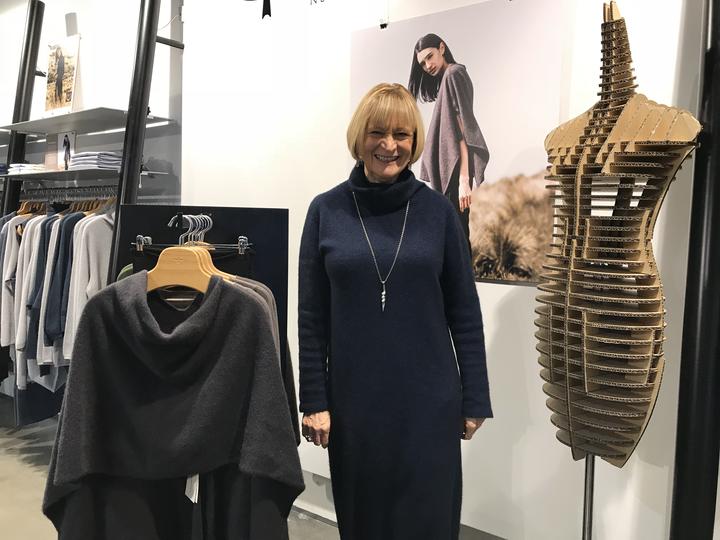 In this episode of RNZ podcast My Heels are Killing Me Sonia Sly heads to Christchurch behind the scenes of Untouched World.

Last year, Dysdale was inducted into the Company of Women's Hall of Fame for her work founding sustainable brands Untouched World, Snowy Peak and Merino Mink, as well as the Untouched World Charitable Trust.

Not that she’s a stranger to receiving awards and recognition for her work. She has a wall of achievements inside her Christchurch headquarters, which is home to a spacious Untouched World retail store with an adjoining cafe. Out the back through a series of doorways and corridors are meeting rooms, offices, a showroom, and the factory floor where all the action takes place.

“When we first moved in here in 1992 we only had four machines and 100 staff here. That just shows you how far the technology has come in increasing productivity,” says Drysdale of the Japanese knitting machines that now do a bulk of the work and run right throughout the night.

“In 1995 we bought the very first machine off the production line of a new generation of a computerized knitting machines,”she says.

That machine ran on binary code, yellow computer tape. It was in the early stages of development and this one wasn’t fully functioning. In fact, the situation was proving to be be more than a headache. 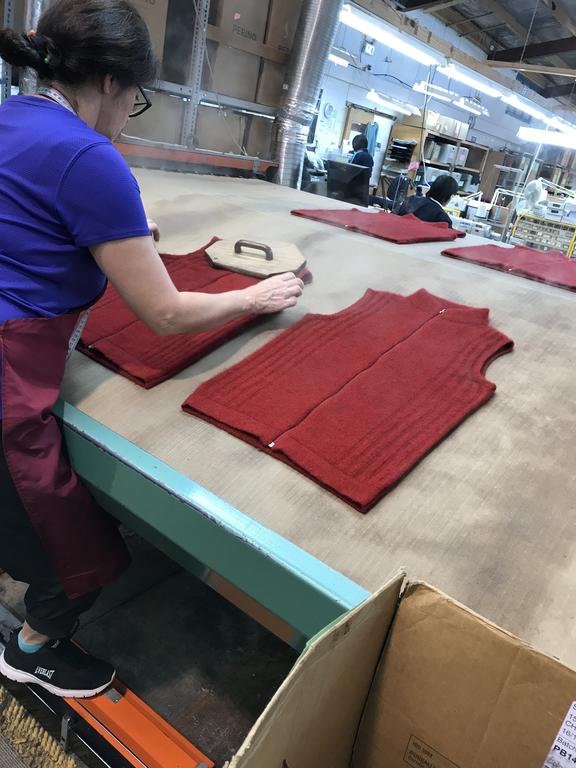 Drysdale borrowed money to buy the machine and secured their family home against a large six figure sum. Fortunately, her husband was able to step in and get it running.

“Once we got it going it was amazing because we could do things that no one else could do for quite a long time,” she says.

Today on the factory floor in warehouse-sized space there are surprisingly few staff.

Looking back, Drysdale says she couldn’t imagine she would be where she is today, although there were a number of factors that led her on this career path.

Drysdale grew up in a farming area which she describes as pristine, surrounded by crystal clear water.

“Before I went to boarding school my father would take me on the truck and I’d be helping him feed out hay to the animals before the school bus came,” she says.

Drysdale also remembers plenty of discussions at the family dinner table about New Zealand’s primary product going off shore and the need to add value to primary product here. That stuck with her and is something she has been able to fully harness through her business.

But it was while traveling abroad with Snowy Peak when she saw that drastic change needed to happen. Reading newspapers from around the world she became increasingly aware of the dangerous levels of pollution produced by the garment industry.

“I got really worried, because worldwide no one was thinking about the environment or the cost of business development. It was all about growth, GDP and how do we get more of it,” she says. 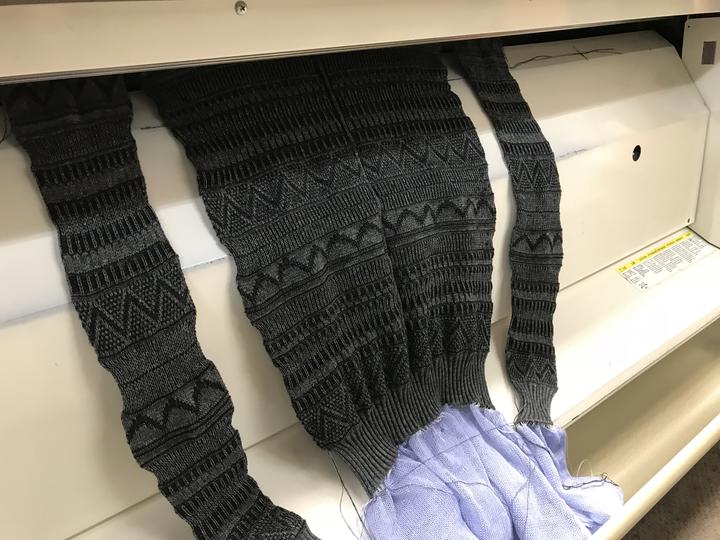 So Drysdale wanted to act fast. She shifted her focus to making sustainably produced garments designed with quality and lifestyle in mind. And that’s when Untouched World was born.

Sustainable fashion was unheard of twenty years ago. And she admits it was tough dealing with suppliers who were reluctant to see any reason for transparency in the production chain. But she wasn’t about to back down.

While doing the hard work yards and paving the way for others is challenging, Drysdale was adamant that it had to be done and her brand Untouched World was also recognised by the United Nations as the first fashion company in the world for sustainability.

“Unless someone starts ahead of the time, there won’t be a time,” she says.

“We weren’t asking people to buy a product because of our values. It had to be good quality, great style, great design and then gradually fold in the sustainability stories...but basically, we were creating a product that nobody wanted,” she says.