The garment that changed the fashion landscape

Jeans are a ubiquitous staple in many wardrobes. Known for their robust, go-anywhere style, denim jeans are an enduring item of clothing that go the distance. 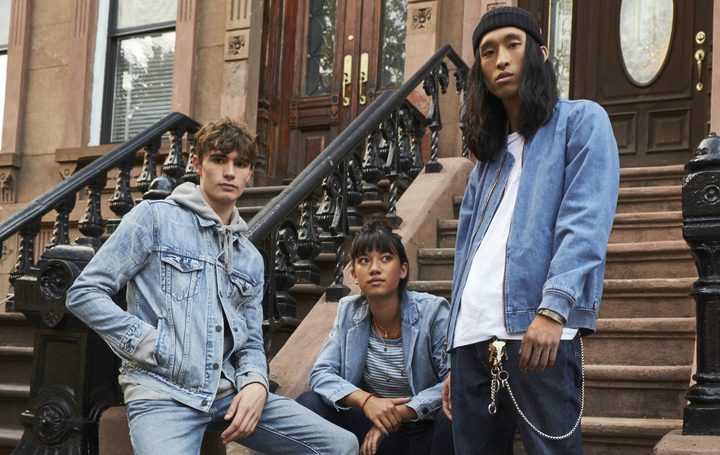 Levis are part of youth culture Photo: supplied by Levi's

But today, a pair of jeans isn’t just a pair of jeans. Jeans are big business and an increasingly competitive space where streetwear denim brands compete against premium labels like 7 for all Mankind, Paige Premium, Rag & Bone, J Brand, Paper Denim, Frame, and more.

Newer brands like Gold Sign have also carved out a niche under an ever-expanding denim category. The denim craze also hasn’t escaped luxury brands like Gucci, Louis Vuitton and Yves Saint Laurent whose denim ranges can cost upwards of US$1200 a piece.

Rest assured, you get a few extra bells and whistles on your jeans at that price.

But what does it mean to be part of the denim industry for an older brand like Levi’s?

First designed as workwear for miners, cowboys and farmers, Levi’s were the original denim brand that put jeans on the map, and since the 70s and 80s they have cemented their place in the fashion landscape. 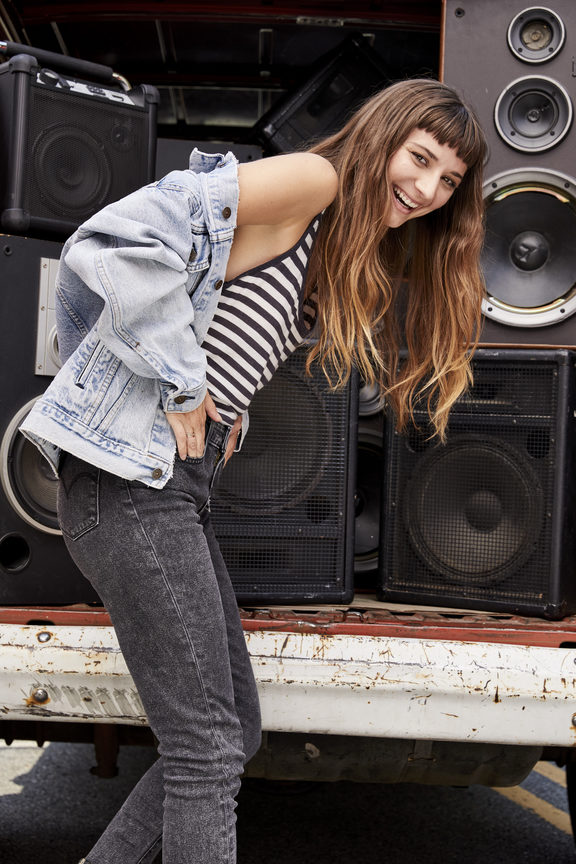 Levi's taps into all forms of culture and music Photo: supplied by Levi's

“If you did a word association with jeans, Levi’s would probably come up first,” says Nicky Rowsell, marketing manager for Levi Strauss Australia and New Zealand.

Levi’s have been around for 165 years and the brand works hard to filter through into culture, music and the youth scene, enabling the brand to reach a wide audience and one that Rowsell describes as ‘democratic and ‘inclusive’.

But while Levi’s have cornered a big chunk of the market, Rowsell says the brand isn’t immune to competition, which reaches far beyond other denim brands.

“I think everyone is competition - you’re all competing for the same consumer dollar,” she says.

Rowsell counts the athletic and leisure industries as competitors - both are big business today.

Where Levi’s sets itself apart from other denim brands is their history and ability to reconnect with old fans, while also capturing the imagination of new fans who have never heard of the brand until now. Levi’s also keep their hand in collabs with brands like Nike, and covetable high-end labels such as Vetements and Off-White, which opens them up to a different audience.

The return of the nineties fashion trend has also benefited Levi’s, and styles like the 501 have made a welcome return.

“We’re super lucky that those decades are back...heritage is back, the slow movement is on trend with sustainability,” says Rowsell.

And while sustainability isn’t the first thing that comes to mind when thinking of Levi’s, the brand says it’s always had an ethical approach to production. This includes a research team dedicated to sustainable practice.

“We’re always looking for ways to be more innovative with production and design process,” says Rowsell.

The process uses laser technology to create the patterns of wear on its denim styles via a 90-second automated process which can be programmed into a robot that shoots the selected patterning into the jeans. Rowsell says this method reduces human labour, and over time will also help to get the price down for the consumer.

Levi’s technicians are being taught how to programme the robots to produce the desired ‘wash’ which would have previously been applied with the use of manual techniques using a pumice. Heat is also applied to acquire an identical hand-finish to the original styles.

Levi’s have never pushed their sustainable practice through their marketing, but Rowsell says their intention in the coming months will be to communicate their processes more effectively. A result of an increasing desire from consumers demanding transparency.

“We do it for the right reasons,” says Rowsell regarding Levi’s sustainable focus.

“I think it’s important to a brand like ours, because it’s the right thing to do as a social responsibility,” she says.

Sustainable practice has filtered through into the production of denim, and while it’s even more important for those global brands to think about their impact on the environment, here in New Zealand ethical label Kowtow have also found a way to incorporate denim into their growing range of sustainable garments. 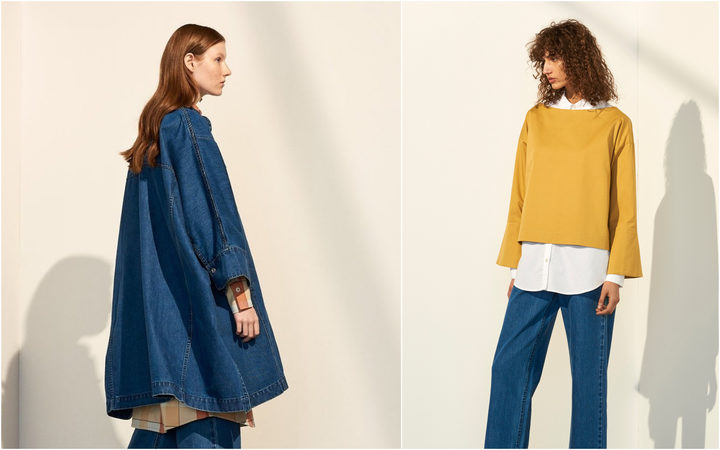 “Every single fabric in this room is designed by us,” says Gosia Piatek, founder of Kowtow.

She runs her hand over an ecru denim, along with an even lighter weight denim which has a different hand-feel. Both have been included in the Spring/Summer 17-18 collection hanging in Kowtow’s showroom which sits above their new Wellington flagship store.

“Before the denim we had such a floaty look.”

Kowtow’s winter 18 collection includes a big denim range that includes dresses, coats, jeans and overalls. For the 11-year-old label, broadening their scope with denim has given the brand a more refined, international feel to their collections. 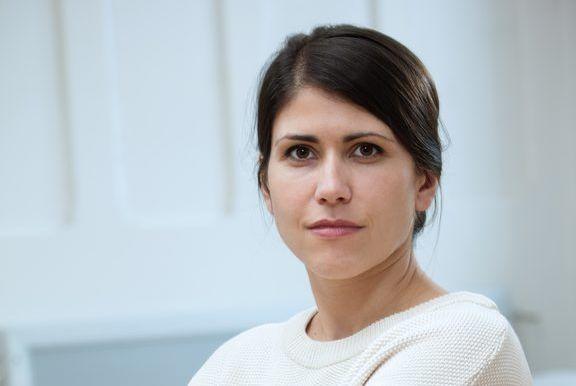 “Denim works in ounces, [and this] is GOTS denim, so its certified global organic textile standard,” she says.

This means the production process has an organic application right through from seed to garment, and Piatek says for every row of cotton, the farmers plant two rows of lentils. This helps the cotton, but also feeds the farmers who work across one to two acres of land.

Being free from pesticides helps the health and well-being of the farmers, but also affects the quality of their livelihood. Piatek points out that once pesticides are put into the soil, it becomes heavily reliant on more pesticide use.

“The pesticide companies give farmers loans to buy more pesticides [and it includes] interest [that] they cannot pay back,” she says.

Tragically what happens is that pesticides become a cycle of addiction for the soil.

For Kowtow, the transparency of its production process is vital, and has always been the driving force behind the label. Piatek wouldn’t have it any other way.

“We try not to focus on that dark information because you don’t want to drive people to a purchase through guilt, you want them to just love the clothes and love the quality and the design,” she says.

Listen to the podcast to hear more about denim trends and Levi’s approach to ethical production, and Gosia talks about expanding the Kowtow range to include sustainable merino and growing a brand in the international market.