And the first eggs of the 2019 kākāpō breeding season have been laid. 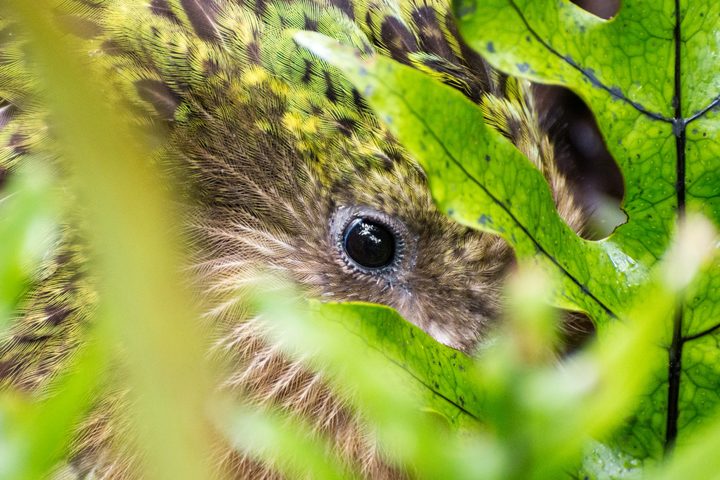 The giant flightless kākāpō is the heaviest parrot in the world. Photo: Jake Osborne / DOC

You can subscribe to the Kākāpō Files as a podcast - for free - at Apple Podcasts.

More than half of the 21 young kākāpō female on Anchor Island have already mated, and island rangers confirmed on the 2nd of January that the first eggs have been laid in two nests, belonging to Waa and Waikawa.

Deidre says she is particularly pleased that Kuia, a female with important Fiordland genes, has mated with several different males. Mating with multiple males significantly increases the chances that eggs will be fertile.

Meanwhile, down on Whenua Hou / Codfish Island, the female Pearl is incubating three eggs, and other birds have started mating.

Kākāpō scientist Andrew Digby says that it is too early to know if Pearl's eggs are fertile, but island rangers will be checking their fertility in a day or two.

Andrew says it is good news that Nora, one of the founder birds from Stewart Island, has mated. She successfully bred for the first time in more than 30 years during the 2016 breeding season.

Unfortunately the death of Piripi, another founder bird, lowers the total kākāpō population to 147.