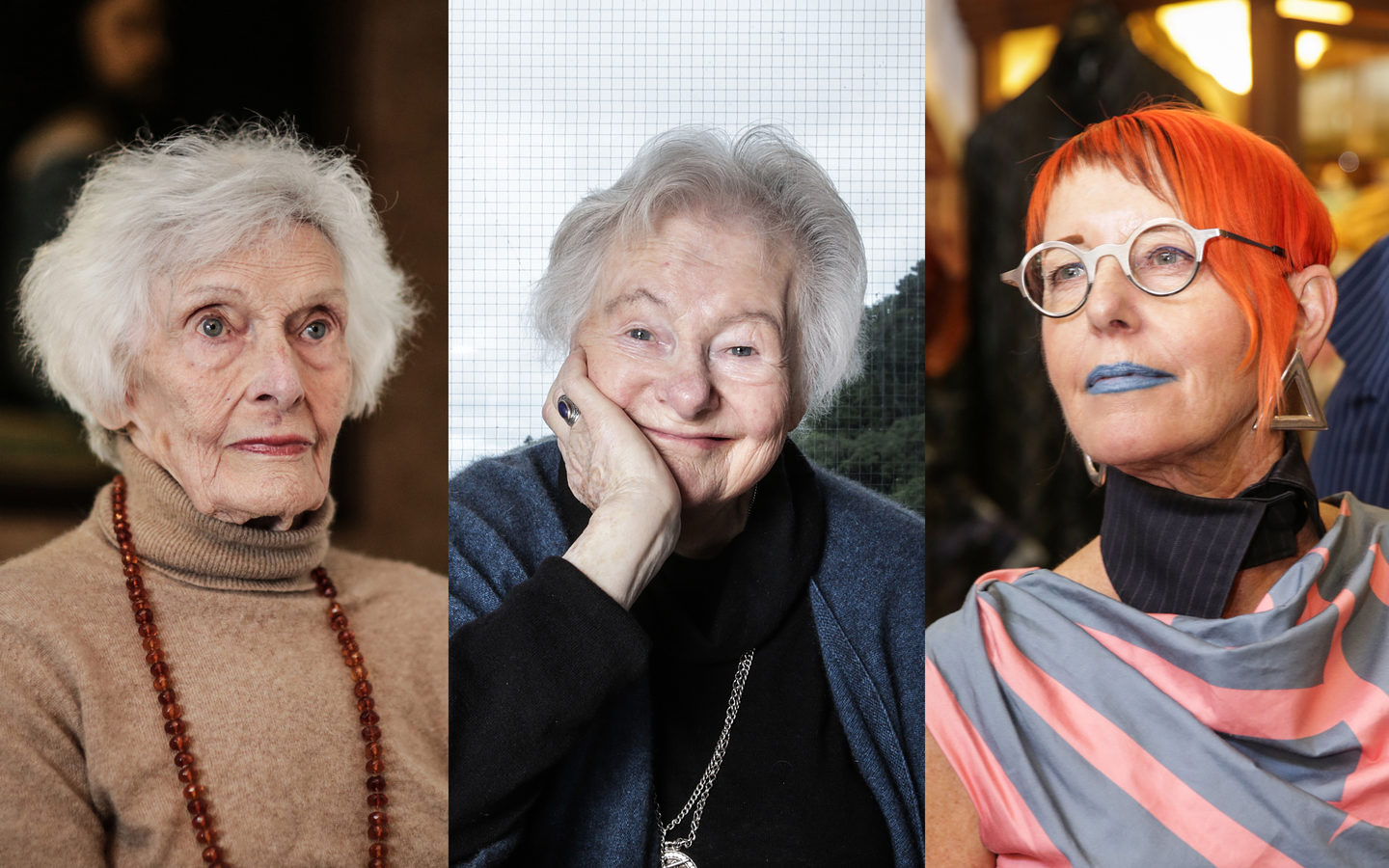 For women, ageing comes with many complications. Megan Whelan speaks to three women who have done it – gracefully or otherwise ...

But when we speak to her in the lead-up to her birthday, she isn’t planning to celebrate it.

“And if anyone tries to celebrate it with me, they can have another think about it. 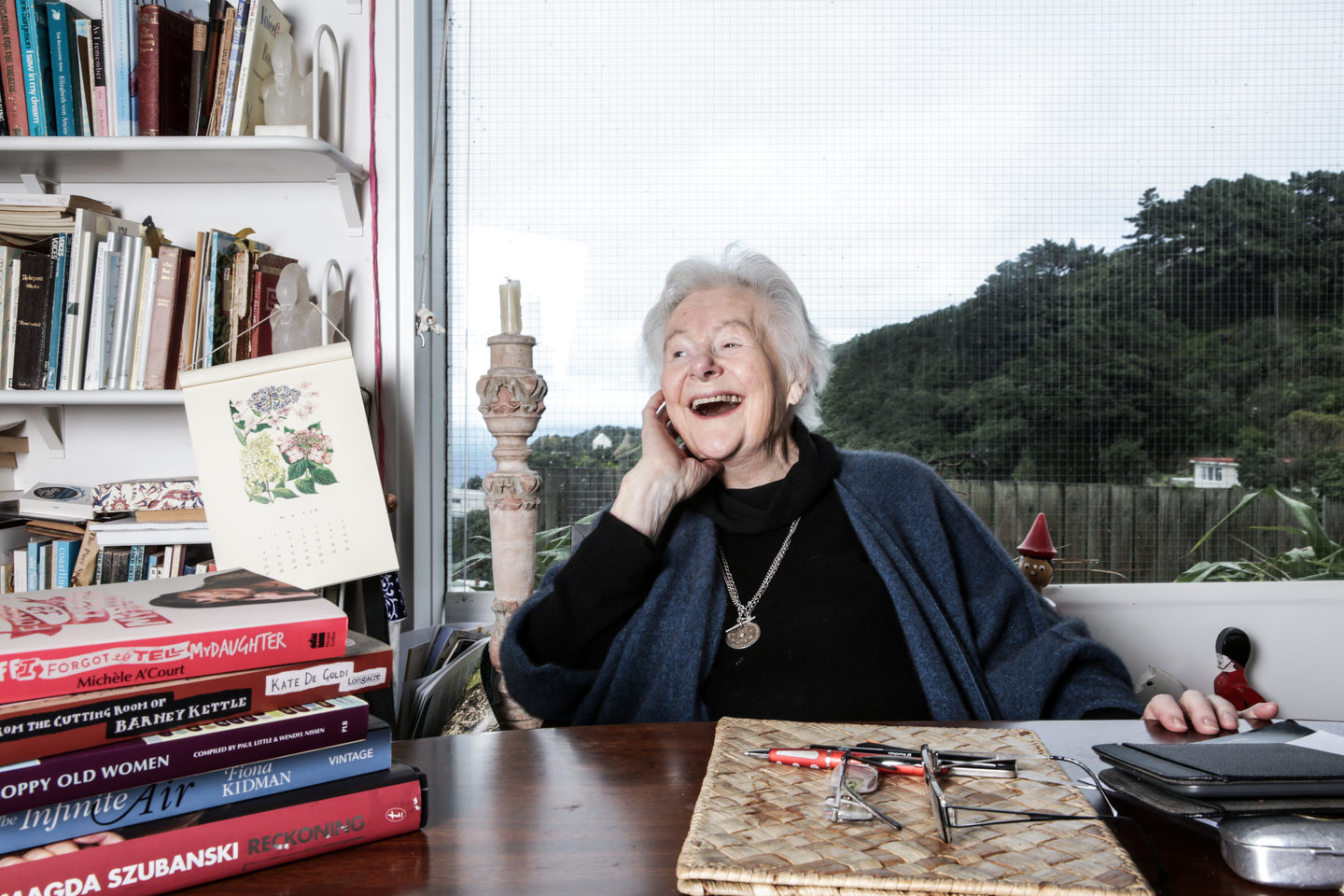 Dame Kate says she feels about 70, and that it is work that has kept her young.

“It keeps your mind going and it keeps you on top of yourself. You can’t be sick. You’ve just got to keep going.”

She doesn’t watch television, but she does read a lot – on her Kindle. “It would be frightfully boring if I didn’t have anything to do.”

Being around young people helps too, she says, although one of the tragedies of her life is that her husband died before her grandchildren came along.

“Watching them grow, and being in the same house with half of my grandchildren has been a wonderful experience, of real whānau.” 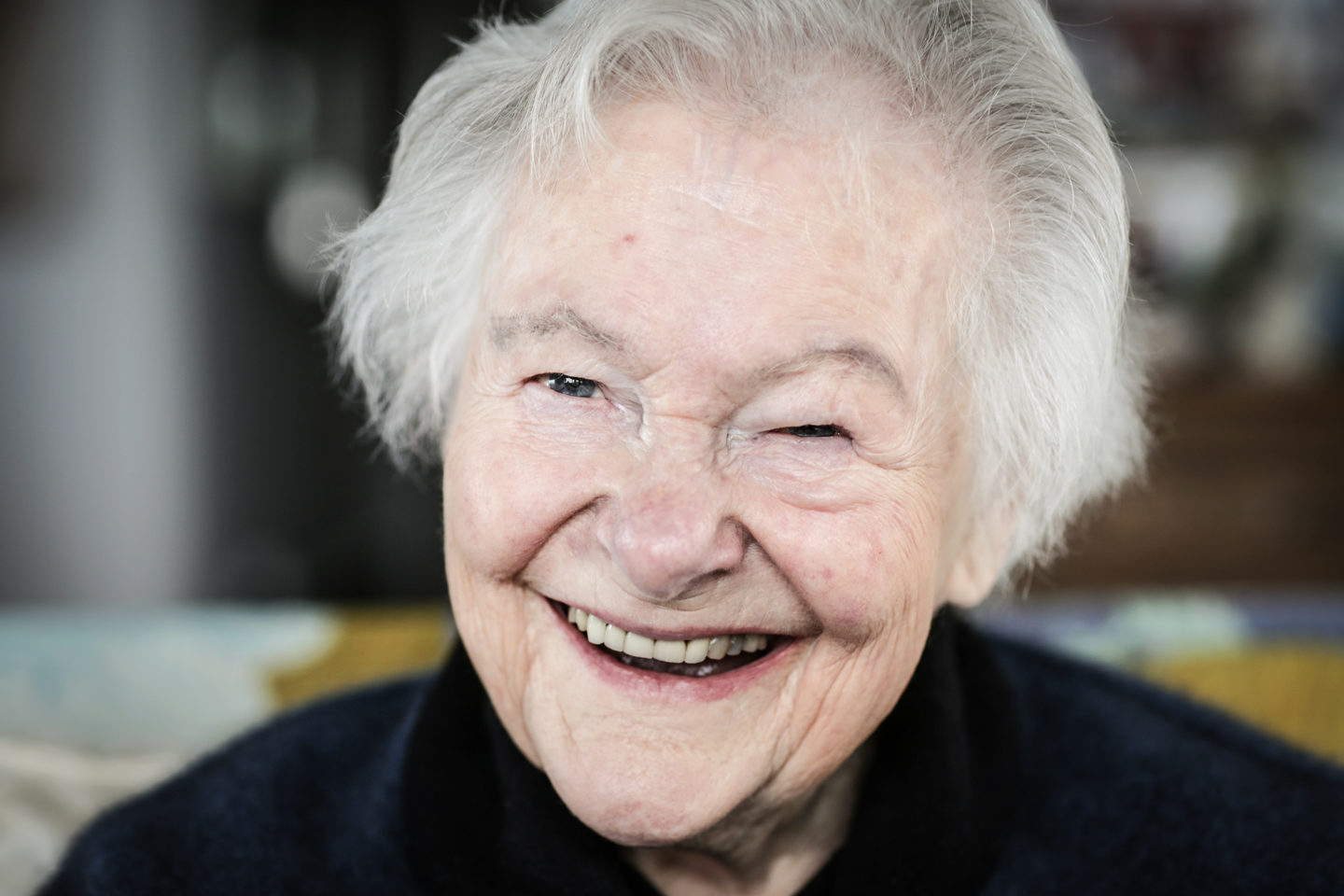 “It would be frightfully boring if I didn’t have anything to do.” Photo: RNZ / Rebekah Parsons-King

“I used to rinse it, but then I couldn’t be bothered.”

She hasn’t suffered from the ‘invisibility’ other women talk about. “I have a certain notoriety, I suppose.”

“But a lot of women simply vanish. Because they’ve spent their lives serving others, and that’s their job.”

Dame Kate hasn’t spent her life serving others, and she has no regrets about that. She says she’s spent it being creative, both with her family, and with her career. Both she and her late husband were freelancers, before that was common.

“We didn’t pride ourselves on it, but I suppose we were pretty ahead of ourselves.”

She doesn’t look back very often, but does she look forward? “About a day at a time. I’ve got lines to learn, so I suppose I do look forward a bit.”

It’s fun to subvert the ideas people have of older women, she says.

“There’s a role I play in Hen’s Teeth as a curmudgeonly old bag, and I love it." 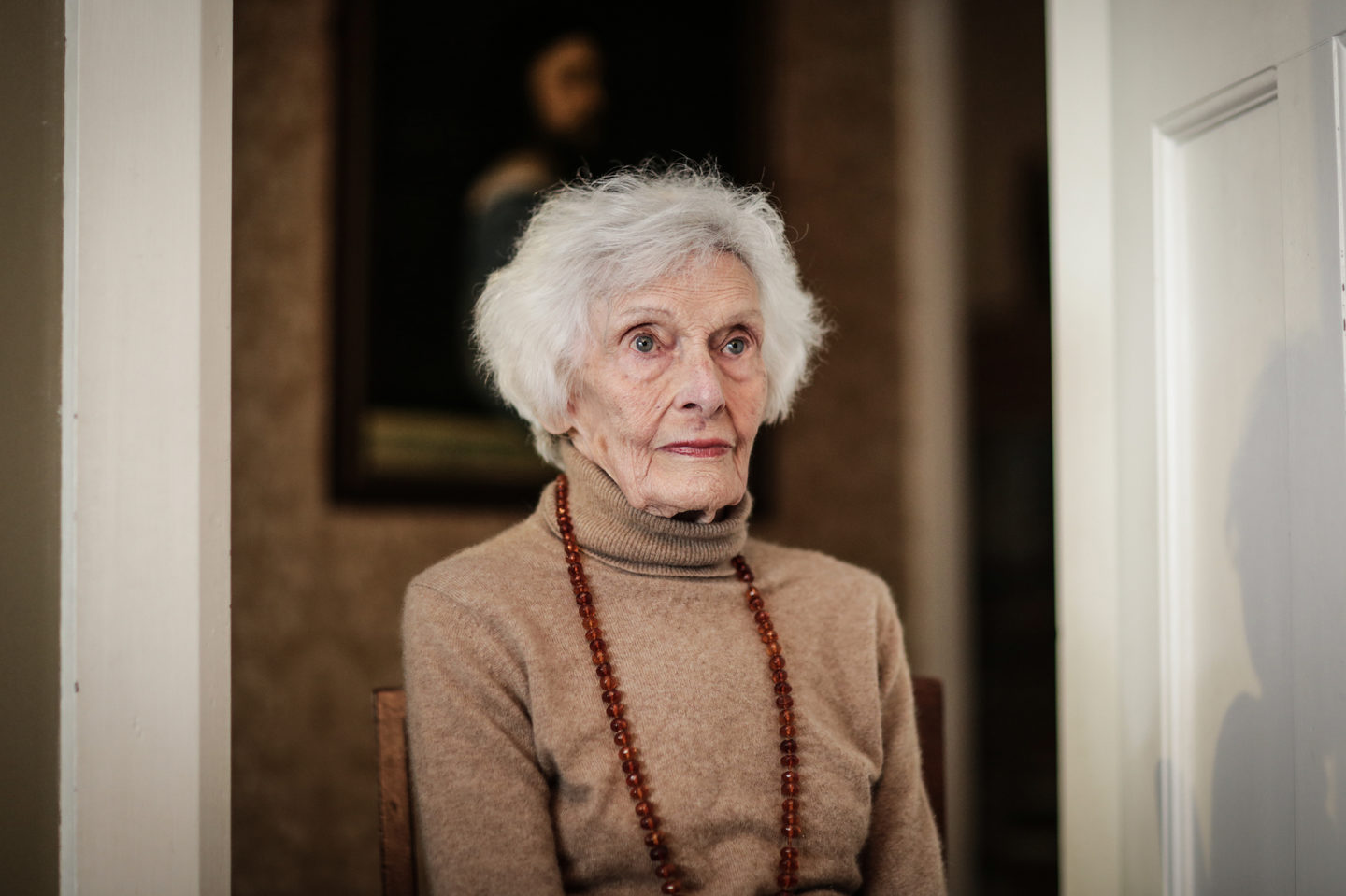 Age brings courage, Wendy Tolley* says. “And you don’t have to be frightened of authority, either. You feel you can negotiate with it.”

And she says, being 86 gives her the freedom to say what she thinks.

“Without being cruel. You have a lot more confidence too, which is strange. Because you’ve lived so long, I suppose. And you’ve seen that not everybody is better than you are.”

When she was thirty, she says, she didn’t expect the greater equality of the sexes, brought about by the pill. “I think the pill opened up an enormous world for women. It’s given them greater opportunities to manage their child-bearing years, and thus their careers; mixed flatting, all sorts of things.

“I can remember when I was younger, employers were frightened to hire young married women, who could become pregnant at the drop of a hat.”

And then there’s the technological revolution. “Generally younger people think you don’t have enough marbles to cope with texting and computers.”

While she’s pleased to have kept “most of her marbles”, she’d like to still be able to climb on chairs to reach cupboards. And she believes the main thing is to be in “reasonably fit condition”.

To keep fit, she cites gardening and “being busy”. “One must always have something to do that isn’t sitting down. You’ve got to be up and walking around.”

That, and being optimistic and planning. “Not as far ahead as Christmas, but planning a week, and cooking your meals. Trying to maintain the lifestyle that you’ve had, as much as you can.”

She also says her grandchildren keep her up-to-date. “I’m so lucky, because so many families have all their children overseas. I only have one out of three. I’m very fortunate.”

Ageing is a very slow process, she says. “But you notice the changes that happen to you. And that’s what I didn’t like.” 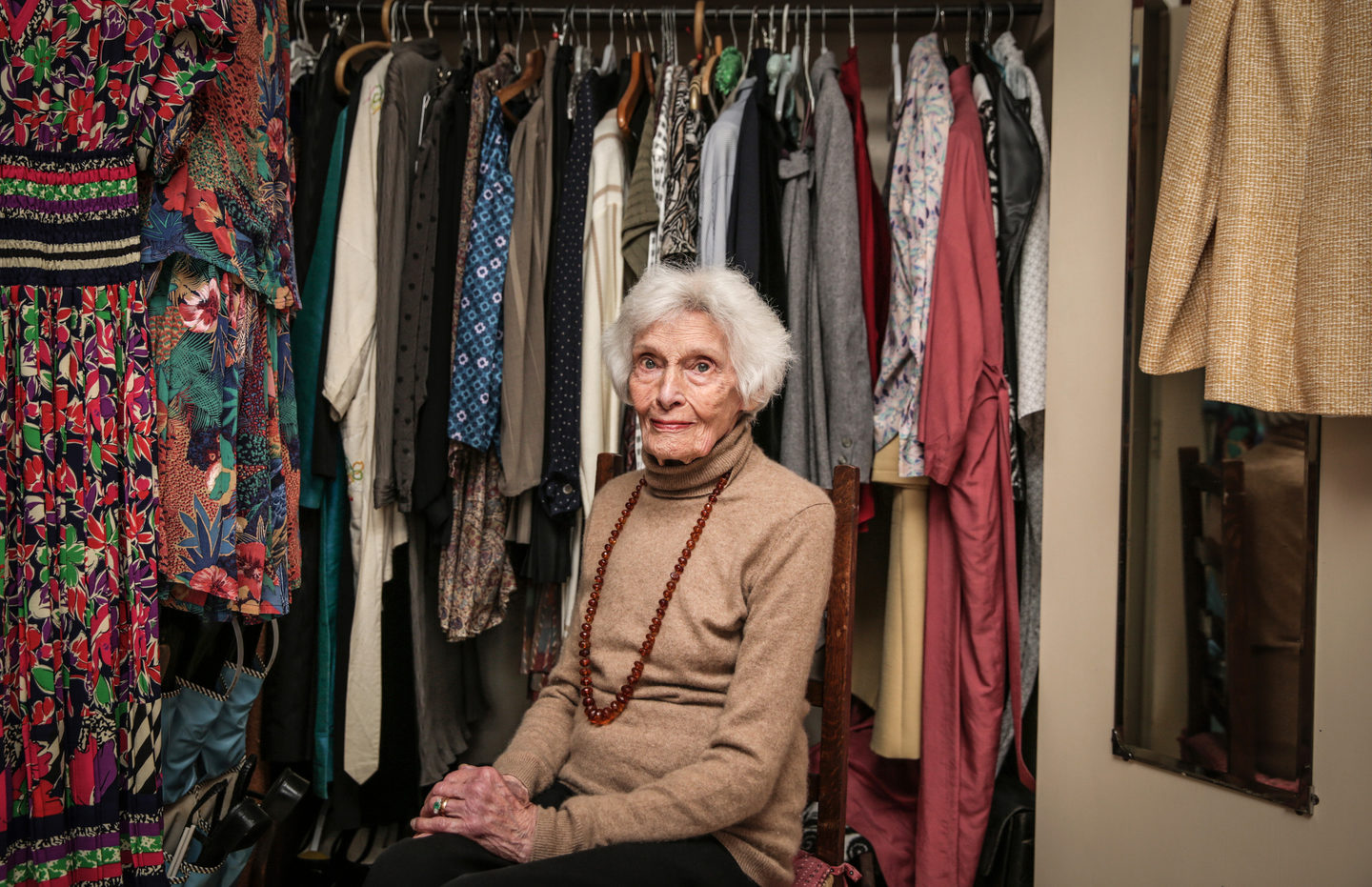 “I can’t throw anything away that’s been beautiful." Photo: RNZ / Rebekah Parsons-King

Wendy admits to having dyed her hair – and that it’s important to look nice if she’s going out, or someone’s coming round.

When she arrived in New Zealand from England, everyone wore long gloves and hats – “we weren’t wearing hats much in England then. So I had to get hats.

“And the first ball I went to with my husband, somebody said ‘here Wendy, put this bottle of gin under your fur coat.’”

She’s kept many of those things in the back of the wardrobe. “I can’t throw anything away that’s been beautiful,” Wendy says.

“One should recycle things I suppose. But you’ve got special memories associated with lovely dresses, haven’t you?” 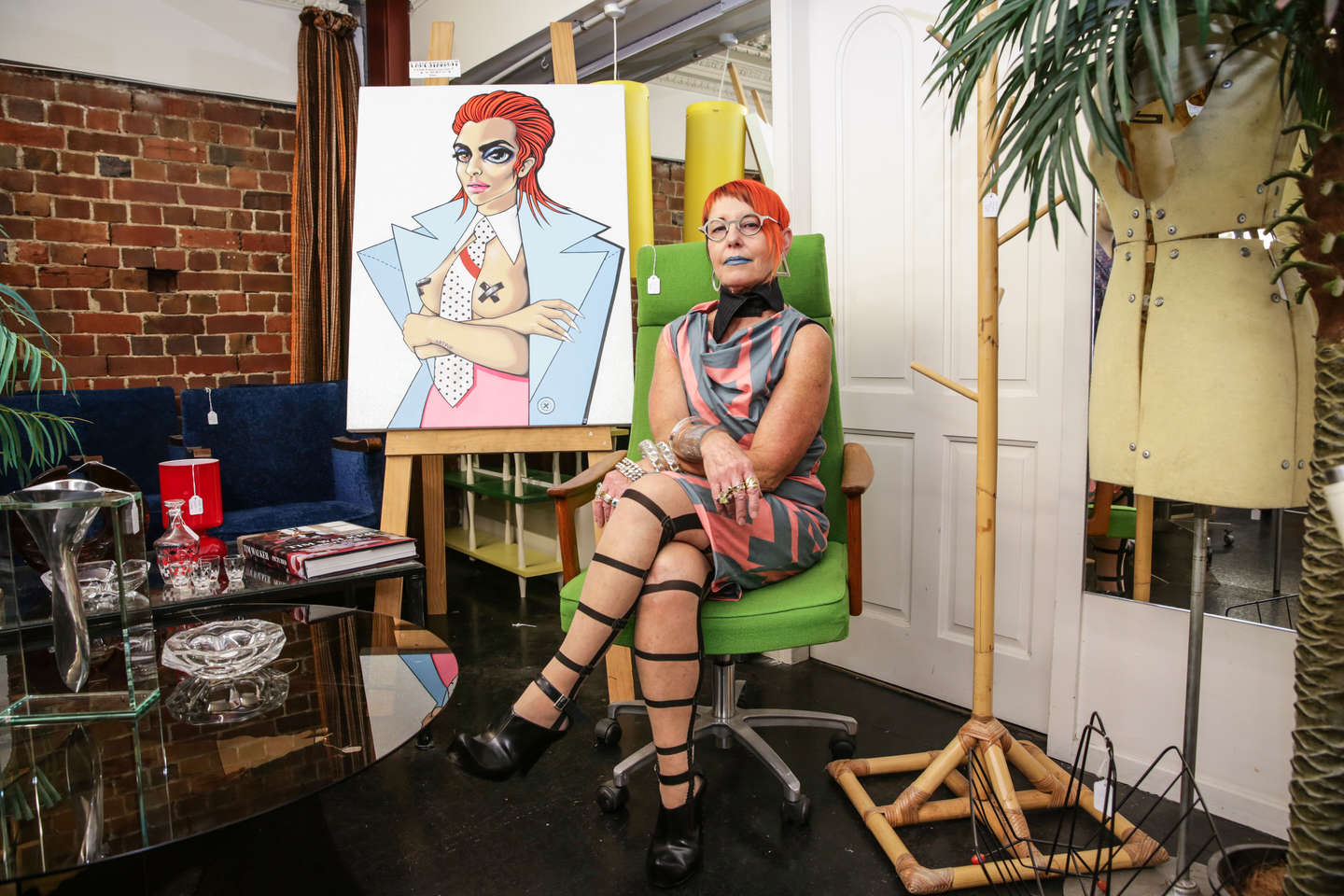 At 62, Chrissy could hardly be described as “retiring.”

“I just am like that. I don’t even know how it came about.

“I can remember standing at the gate with my mum and she was looking at me up and down. And I said ‘yeah, I don’t know either, but here I am.’”

“I just have a lot of confidence about being who I am.” That’s increased as she’s got older.

“Difference is good. You don’t have that when you’re young, do you? You just want to belong.”

Now, the years don’t matter, says Chrissy O, the owner of Wellington store Hunters and Collectors. In fact, when asked, she has to do the maths to figure out how old she actually is.

In her earlier sixties, she’s still heavily involved in the business – she works more than 30 hours a week.

Outside of work she spends her time with friends, drinking craft beer, and doing yoga and gardening.

“I really like having a strong body. It’s important.” She does notice that it’s getting less strong, though.

“All of my friends, we all talk about the things that are wrong with us now.

“I remember my father doing that, and I’ve never understood it. But now we all do…you know, your back or your knees.

“I hit a wall sometimes, and I just wish people would piss off. And I know it’s just that I’m tired; that wouldn’t have happened when I was younger.” 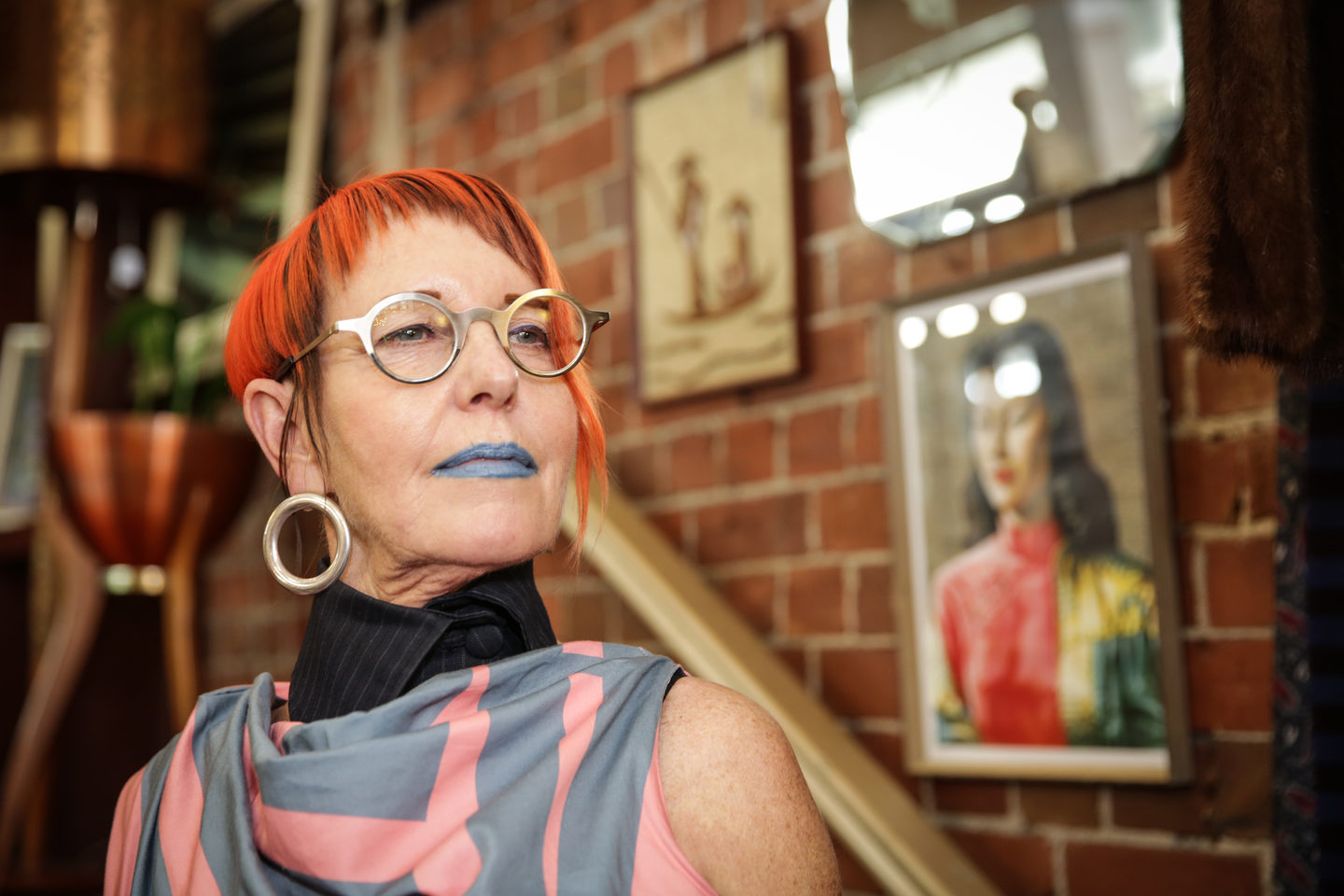 “Difference is good. You don’t have that when you’re young, do you? You just want to belong.” Photo: RNZ / Rebekah Parsons-King

Looking back, she’d tell her thirty year old self to keep her friends close.

“They’re the ones that see you right to the end of your life. That you laugh and cry with, and fix the world with.”

Chrissy says she loves to see the signs of ageing on her friends, so she tries to train herself to love them on herself.

“I must say that I wear neckpieces all the time, because I don’t like my wrinkled neck.

“But that’s a personal thing and I haven’t liked it for a number of years.”

She says, looking forward, she’s not sure she wants to be really old, because, ”I just see it as really quite hard if you’ve not got much money.”

“I try to be in the now, now. I have friends around me who are dying and stuff now. You just don’t know any more when you get to my age.

“Regret is not worthwhile is it? I just like to be a better person as I get older. More well-rounded. And maybe a bit more informed.”

* Wendy passed away shortly after this interview. RNZ sends our condolences to her family.