Age and Agency in an era of feminism

What happened to grey hair? Why are women over 60 only ever seen in erectile dysfunction commercials? In the final of a series of discussions about contemporary feminism, held at Wellington's City Gallery, Kim Hill talks with four women about 'Ageing and Agency.' 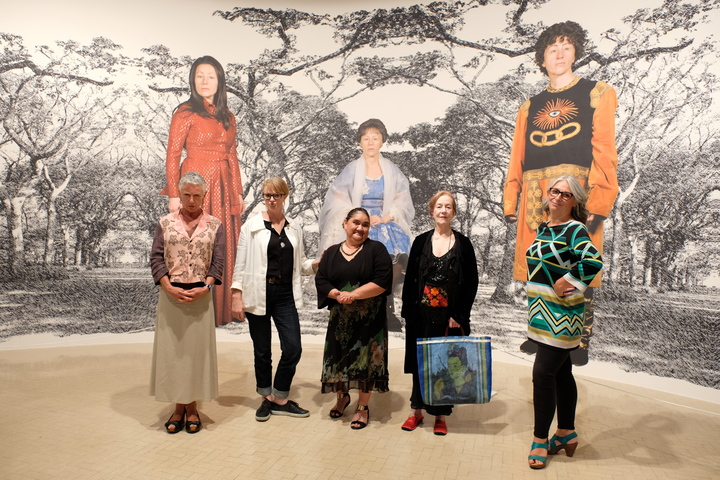 What is it about grey hair? Massey University Professor of Communication Design Claire Robinson points to the appearance industry – which she says makes billions of dollars by feeding women’s insecurity about not being able to be taken seriously.

“As a consequence, women over 40 all have coloured hair. Nobody would know what an older woman looks like.”

The marketing tells women, she says, that they shouldn’t look as if they’re over 60, but with cosmetics, you can look younger.

Ella Henry, a lecturer in Māori Media and Development at AUT, points out that there’s a power to ageing. 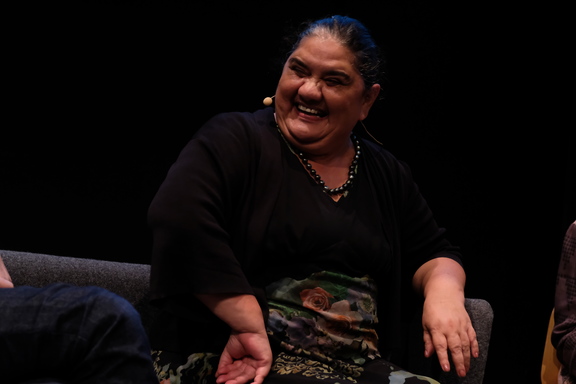 “I spent probably the first 30 years of my life feeling that I had lost the lottery because I was born a Māori and a woman. Because that was all of the disadvantages rolled into one.”

“I have realised in the past 10 years I actually won the lottery. Because it’s a great culture to grow old in. I have so much more personal and political power. The older you get, the more mana you have.”

Dr Henry says she can perform a karanga now. “The whole point of karanga is we call the dead ... When you call the dead, every now and again they come. When they come, your reproductive organs are vulnerable to the spirits that are in the house. That’s why karanaga was traditionally only done by post-menopausal women. There’s a power that comes with that role.”

“We’ve changed all that. Now the receptionist does the karanga because she’s the only Māori in the office.”

“[Feminism] is a matter of simple justice,” says artist and writer Jacqueline Fahey. “You can’t take it out of context and just say, ‘I’m a feminist.’"

“You have to also be concerned about all the other issues that are involved… the sort of colonial oppression crap that has been going on for so long.” 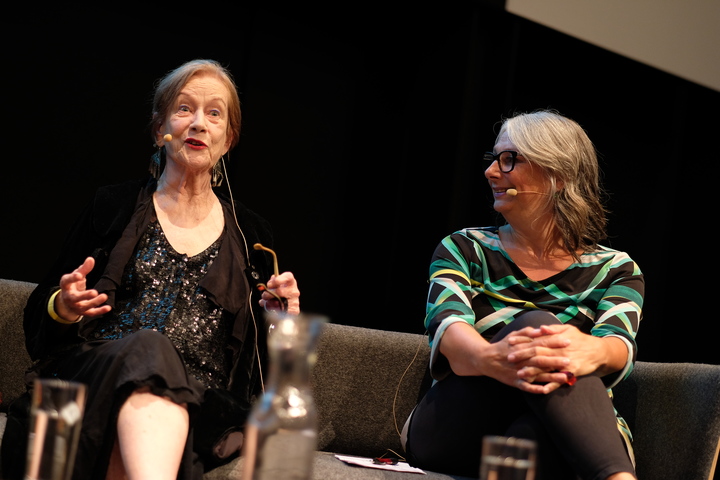 “Women have been told we have to worry about it. While men just very comfortably turn grey, become sex symbols, become the President of the United States…Worst hair style ever.”

Women often talk about becoming invisible as they age, but not Ms Fahey.

“I felt equal to men, absolutely equal. Sometimes superior. I was too stupid to know that that was not how it was at all.”

“It is certainly an acute feeling that I have at the moment that I may say as I wish and that no one can do anything to me because I’m going to be dead soon.”

“I’ve come to the realisation that my role in life is to have a big vocabulary and a bad attitude,” says Dr Henry. “Occasionally I make men cry.”

Most media images of women over 60, says Prof Robinson, are for retirement villages, male sexual dysfunction, and death packages.

But ageing can be seen as a privilege too, says Ms Harcourt, especially when you consider that living to old ages is a relatively new thing. “I’m lucky to be the age I am now and still be able to work, and do the things that I want to do, and have my family, and have a lot of choice in the way that I live my life.”

Not for everyone though, says Dr Henry. “If we were to go to the toilets in this very building, we would see the people who are least changed by feminist struggle. The women who are cleaning the toilets here are all brown. And they’re all, if they’re really lucky, earning $15 an hour.”

“They don’t have time for the bourgeois aspirations of feminism. They have to feed their kids.” 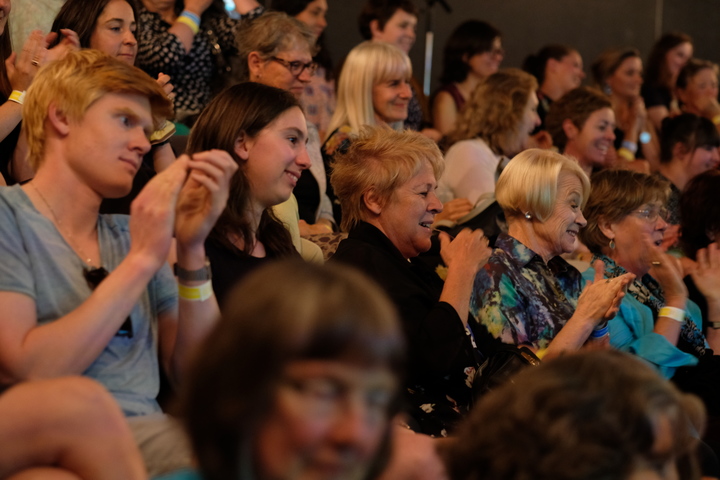 The audience at the 'Ageing and Agency' panel discussion. Photo: Supplied

Dr Henry points to how Māori women lived in pre-colonial society. She says women would leave a village when they were menstruating. “Stop and think. For four days a month, you down tools, you bugger off down to the river, and leave the boys to look after the kids.”

But, she says, that ended with the arrival of the colonists. “And [suddenly] everything to do with biology is awful, and they ate the apple and the snake came, and it’s all just ghastly.”

“That conflict has, I think, actually undermined mana wahine. So I think we should re-institute blood houses.”

Ms Harcourt points to Nicole Kidman’s performance in the 2016 movie Lion. “Nicole has been celebrated for her crepey neck and her no makeup and her crappy red wig… basically for how much like a Tasmanian housewife in 1987 she really looks.”

“I admire that she and other actresses like her bare their age. She’s doing exactly what [artist] Cindy Sherman is doing, which is having the courage to say, ‘here I am in the persona of a New York socialite, but I am going to treat the crepiness of my neck as a positive transformational tool to be able to occupy that character.”

“I am reminded of the very wise words of an old old friend of mine,” says Dr Henry. “I’d rather have a fat arse than a wrinkly face.”

This conversation was recorded at Wellington's City Gallery in association with the major exhibition of work by the USA artist Cindy Sherman confronting the vexed issue of ageing. It is the fourth in a multi-platform RNZ series on Contemporary Women. The series includes a panel discussion 'Feminism - The Morning After', with Ngahuia Te Awekotuku, Michele A'Court, Anne Else and Dr Jackie Blue; Digital Feminism with Anna Guenther, Leilani Tamu, Laura O'Connell-Rapira and Ange Meyer.