It’s been a tricky week for the country, especially the third of all New Zealanders living under lockdown level 3 in Auckland. And it’s turned politics on its head. National and ACT trying to outspend Labour. The left-leaning government being criticised for not doing enough for women and its poorest citizens. Listen hard enough and you might even have heard that rarest of things, sympathy for Aucklanders from those who live south of the Bombays. 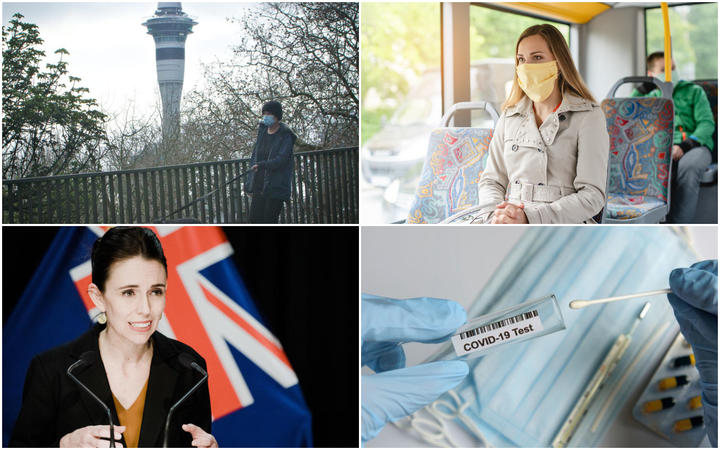 In Caucus this week, the team aren’t convinced Aucklanders deserve too much credit, given the traffic on the road, the minimal mask use and stories of people leaving their neighbourhoods to go hither and yon. The mood in Auckland this week has felt more like despair than resilience, more clinging on than rallying together. And these signs of fatigue will be sure to have been noticed by Cabinet, as it tries to walk the tricky line between public health and the public will.

Jacinda Ardern has been using the word “tricky” a lot this week, as Guyon Espiner says, presumably because it’s worked on focus groups. Time again she has described the virus as “tricky”, as if it was a person, an opponent. ACT leader David Seymour called out the Prime Minister for blaming the outbreak on the Covid-19 coronavirus, rather than taking responsibility for border failures. National’s Health spokesperson Dr Shane Reti in parliament forced Health Minister Chris Hipkins to admit that not everyone in isolation are getting the day three tests, as had been widely believed. While Hipkins argued from a public health point of view that it’s the day twelve test that matters and no-one is released without a negative test, Lisa Owen pointed out it’s a performance measure. Politically, it’s another fail and one that reminds voters of the tests not carried out at the border. 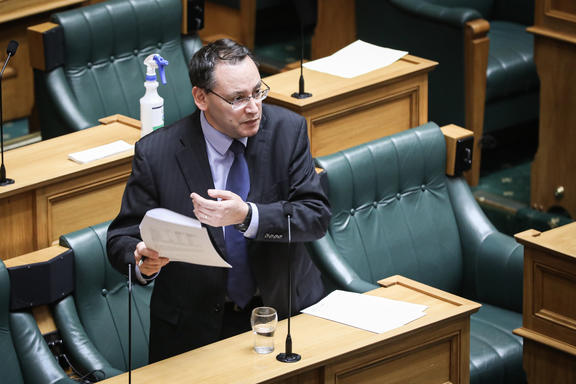 For now, Labour’s political immunity to Covid-19 seems to be holding, however. The public are fed up, but the Caucus crew don’t see it costing many votes yet. Just as at the 2011 election John Key could point to Wall St and American mortgages as the cause of the Global Financial Crisis and say we are better off than most, Ardern is saying the virus is not the fault of her government and it is handling it better than most.

For some voters this latest outbreak may even underline a desire not to change horses in the midst of a pandemic. It’s the hardest time to be an Opposition party, when even the government’s own failings could work in its favour.

But National has had a better week, finding some firmer ground, as it argued business needs more support from the Labour-led government. While Labour played the fiscal discipline card – one it usually likes to play, because it is at odds with the oft-repeated ‘tax and spend’ criticism – it has looked awkward. Ardern and Finance Minister Grant Robertson have tried a few arguments – that logistically it’s too hard to extend the wage subsidy for four days, that every dollar it pays out is borrowed and has to be paid back, and that businesses in Auckland have had 22 weeks of subsidies while they have been at level three or four for only nine of those weeks. But it’s the first time under Covid-19 that the government has come across churlish or skimping, at a time when the Hospitality Association reckons as many as 10 percent of its Auckland members could go under in the next four days and economists estimate Auckland businesses will take another $220m hit. It has prompted questions as to what the government is saving its $14b emergency fund for, and whether the wage subsidies are being used by big business to protect their bottom-lines.

Fletcher Building, The Warehouse and Sky City have taken over $170m in wage subsidies but still laid of 2700 workers between them. NZME more than doubled its half year profits this week and even pointed to offering a dividend next year, having taken $8.6m in wage subsidies. House prices are up 3.7 percent since the end of March and the stock market is nearing record highs. Under a Labour-led government, sure 58 percent of all workers’ wages are being covered by the government, but those with assets are being protected better than those without.

What’s more – in contrast to previous recessions – women are being hardest hit by job losses, to the point this recession has been nick-named a ‘she-cession’. Yet the government is ploughing its spending into construction, a sector dominated by male employees. While it’s understandable that in a crisis a government spends money where it can get quick job growth and inter-generational benefits, political pressure is growing on Labour to consider the gender differences of this recession.

Undoubtedly, these are tricky issues for any government, especially for the parties of the Left.

*Caucus also discussed the Ōhāriu and Whanganui electorates, considered two of the seats most likely to change hands at this election.