In this episode Melody Thomas seeks the answers to a few “Frequently Asked Questions” - some that have been emailed or text in by you, and others that get asked a little too much.

One thing listeners have been curious about is asexuality - which BANG! listener Rosie volunteered to come in and talk about. 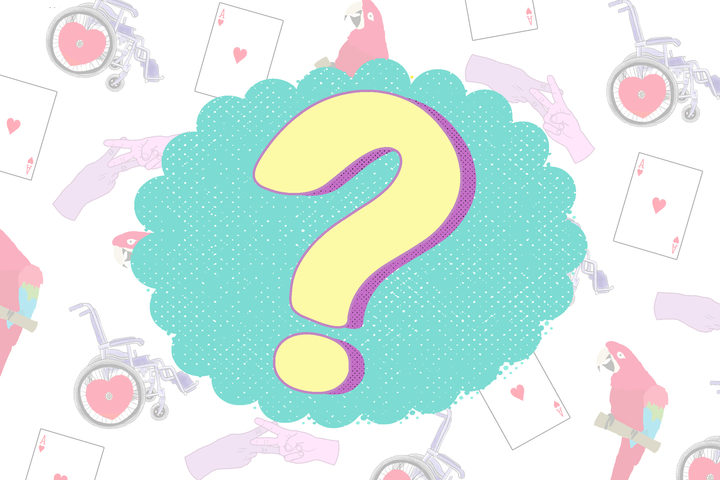 Ever since she was a young girl, Rosie had a feeling she was different to the kids around her. Where they were getting crushes and playing kiss tag, or later when people started to couple up in high school, she just didn’t see the appeal.

“I would always miss the point of some things that were going on. There was always this little bit of obliviousness - there’d be some kind of in joke or somebody would’ve been flirting with someone and it’d completely pass me by.”

At first Rosie assumed that those feelings would come later on. When they didn’t, she began to wonder what was wrong with her. But growing up in a rural town before the internet got big, there wasn’t a whole lot of information around about asexuality.

Asexuality is a sexual orientation just like hetero-, homo- and bisexuality. The simplest way to define an “ace” (the umbrella nickname for asexuals) is someone who “does not experience sexual attraction.” It’s estimated that about 1% of the population identify as asexual.

But many people, Rosie included, don’t fit within the ‘simple’ definition of asexuality. So even when Rosie did finally learn about aces, the identity didn’t seem to ‘fit’.

“For me it’s a lack of interest in anything physical, but the fantasy or conceptual element is there,” she says.

Then two years ago, Rosie stumbled upon an article about “autochorrisexuality” - a subgroup of asexuality (also known as aegosexuality) where aces experience arousal and fantasies, but have no desire to take part in them.

“I identify with everything on this list,” Rosie says. And when she first saw an explanation of autochorrisexuality she says she felt “just this sense of relief… it’s not something wrong with me or it’s not just me. It felt like a burden had been lifted off my shoulders.”

But finding a label that ‘fits’  hasn’t made it easier for Rosie to confide in those closest to her.

“My worry ... is that they won’t be able to understand because it’s something that’s so different to their human experience,” she says.

At the time we spoke Rosie had only had ‘the conversation’ with a couple of colleagues - to “test the waters”.

“Some of the response has been incredibly supportive or oh my goodness that’s really interesting, but you do get a little bit of the “oh you just haven’t met the right guy” or “you don’t know til you try”… which is the kind of thing that would’ve been almost socially acceptable to say to a homosexual person once upon a time.”

So what’s her advice if someone close to you shares that they’re asexual?

“Believe people. Listen to their experience, and don’t immediately jump to advising them why what they’re telling you isn’t true. [It’s] not an easy thing to say to someone, so if they’re saying it then they probably mean what they’re saying”.

Finally, Rosie says that while  ‘autochorrisexuality’ might sound new and confusing to some, it’s likely been around forever.

“[In older times] I would be an old maid … the aunty who never had any kids and lived on her own and did her own thing… This won’t be a new condition… I’m just thankful that I don’t live in an environment where I would feel pressure to partner up and have sex and be in a relationship even though it repulsed me,” she says.

Listen to the full episode to hear more on asexuality, plus answers to the questions “How do lesbians have sex?”, “What is polyamory?” and “What can sex be like for someone with a physical disability?”