Sex positivity is the idea that all sex, provided it’s healthy and explicitly consensual, is positive.

Philadelphia-based sex educator Melissa Fabello describes it like this:

“Many of us live in sex negative cultures where sex is demonised and stigmatised, and we’re not really given space to explore our sexuality in happy and healthy ways. Sex positivity says, ‘Well no, sex and sexuality can be really beautiful, amazing part of the human experience… and we should give people the space to explore what sexuality means to them'.” 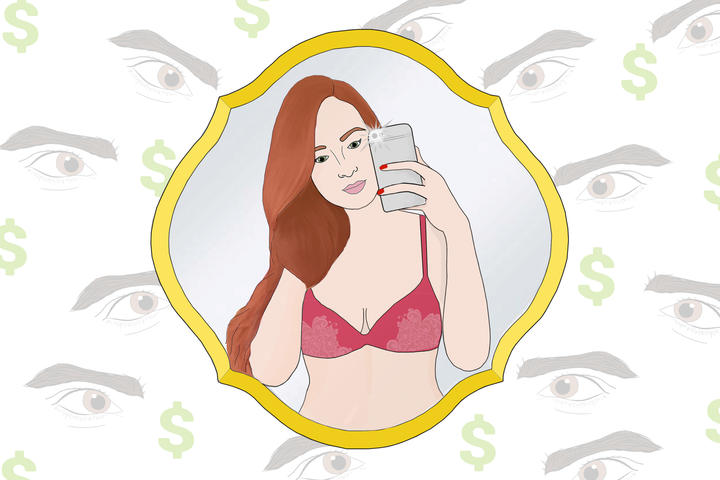 In BANG! we’ve heard dozens of stories from Kiwis who found incredible freedom in embracing sex positivity, often rejecting sex-negative upbringings to do so.

Shelley* told us about growing up in a Christian household, where virginity and purity were highly prized, and the struggles she faced as a 29-year old virgin who didn’t hold those beliefs anymore.

Rosie* shared how finding the label “autochorrisexual” to describe her specific type of asexuality, freed her from the shame of not being “normal”  and helped her to open up to a few close friends.

Henry* described the ways he worked through ideas about masculinity and sexuality to approach his premature ejaculation with a sense of humour and without embarrassment.

Social media has helped facilitate the mainstream acceptance of sex positivity, but the messages have become oversimplified, and in some cases the pressure to be “positive” about sex can lead to problems..

In this episode of BANG!, 18-year old Henrietta Fisher describes feeling pressure to hook up with a guy even though she wasn’t sure she wanted to. The fact that her friends were trying to get the two of them alone and encouraging her to “get it girl!” made it trickier.

“It ended up happening and it made me feel terrible… Something I’ve noticed, especially with my female friends, it that the culture of sex positivity encourages them to go out and be promiscuous and experiment with their sexuality which is a cool thing… [But it also] encourages bad and undesirable experiences for the sake of experiences,” she says.

Melissa Fabello says the idea that women want to be sexually liberated has been turned into an expectation that they have to be “up for anything.”

“We create a whole new pressure for people to engage in activities that they don’t want because now the “status quo” or the new normal is that that’s what you want.”

But not everyone is doing it because they want to.

As Henrietta said to me: “It’s hard to find a balance between it being consensual and enjoyable for whoever’s involved and coming from a place of real self love and acceptance… and [what is] coming from insecurity or a subliminal pressure to perform in a certain way.”.

While the power dynamics at play are different, this pressure to perform sexually is something men have experienced for a long time.

Comedian and podcaster James Nokise says his sexual experiences at university were all about numbers.

“A lot of it was about bragging rights… [having] sex to tell people I’d had sex,” he says.

This led to sexual experiences that, while consensual, weren’t exactly "sex positive".

“If you’re constantly thinking of people as two-dimensional… your sexual relationships are going to be two-dimensional by proxy… [because] your agenda is the purpose of the sexual encounter.”

This is the kind of thing that leads to coercion, and going along with something you’re not necessarily into.

“If a woman is confident and you’re sexually open, she can say no to something sexual and that’s cool. You have to not think of it as you being denied something… What you do with that thought process… is that they exist sexually for you,” James says.

In the end, like with every other question about navigating sex and relationships, it comes back to communication.

All people should feel free to express their sexualities without shame, provided that doesn’t happen at the expense of other people.

But if you don’t know what you want or how to communicate that to another person, or if the person you’re telling isn’t listening, the outcome can be very different.

There’s not easy answer, but Melissa Fabello has some final advice: “Just think about stuff! Be inquisitive, be self-reflective… that allows you to explore your sexuality in deeper and more valuable ways.”

Hear more from Henrietta, James and Melissa, as well as Etta Bollinger and Lamia Imam in the full episode, above.

* Not their real names