BANG! Season 2 Episode 3: All The Kids Are Going Bi 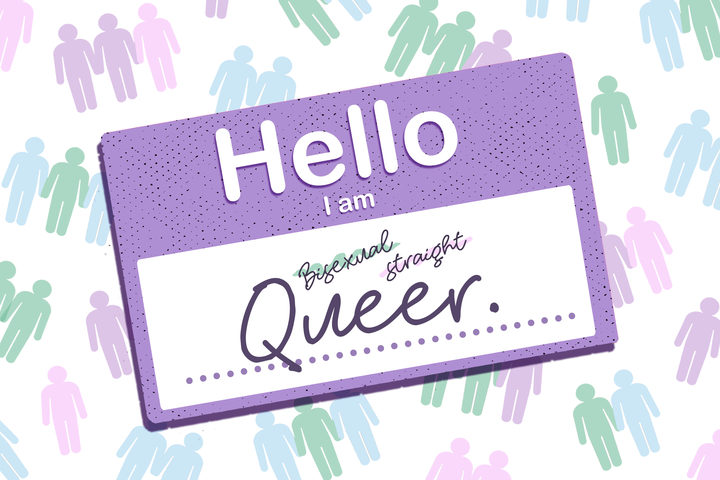 If you’re about my age - that’s 33 - and you had parents who acknowledged the existence of sexualities other than straight, you probably grew up thinking there were three sexual orientations - homosexual, heterosexual and bisexual.

But more and more we’re hearing sexuality described as “fluid”. What does that mean? Can a person identify as 70% straight, or mostly gay? Can you start off life straight and then identify as gay or bi at different points throughout?

Or is the whole notion that sexuality can fit inside one tidy box or another completely outdated?

Clinical psychologist and sex therapist Nic Beets thinks it is, and welcomes the move away from allocating our sexualities to discreet boxes.

“It’s really easy to judge other people when you don’t know their experience so I would always caution against that… People are doing things sexually for all sorts of reasons and in all sorts of ways,” he says.

People like Alex (not his real name), a Generation Xer and kiwi ‘bloke’ who identifies as straight, but whose personal history is far more complicated. He got in touch with me to share his 30-year experience of sleeping with other men.

Alex is only ever attracted to, and is only interested in establishing emotional relationships with women, but every now and then he gets the “urge” to have no strings attached, “base-level, animalistic sex” with other men.

And he does, by using a network of websites and known public places that put him “within a vicinity of other men with similar interests”, and which he says many other men in straight relationships use too.

“There’ll be people that you work with that’ll just slip away at a lunch time, literally go and have sex, be back after lunch and the people around them will be none the wiser.” he says.

Nic Beets says the phenomenon of ostensibly straight men sleeping with other men is well known by sexuality experts and academics, and that the practice is, “as old as humanity”.

“In my understanding, straight men are doing this for sexual gratification because it’s straightforward and easy and they don’t have to pay for it. It’s very much about “getting off”… [and that] other men will give you the kind of sex you want.”

Describing himself as “your typical, rugby playing teenage meathead boy”, Alex started to notice his sexual ‘urges’ towards other boys at around age 16.

“It was a lot to process… and there’s no role models either,” he says.

Alex recalls seeking out the biography of Ian Roberts, the NRL’s first openly gay player, as a way to gauge if he was “like this guy”.

As Roberts described bouncing on his bed and kissing all the league players in his posters as a boy, Alex concluded he wasn’t.

“I was like… ‘that’s not me’,” he says, “The posters that I kissed or my fantasies were always the girls in my class. I was never attracted to men.”

According to those like Beets who view sexuality as fluid, anyone who seeks to file Alex’s experience under “bisexual” or - for people who don’t believe bisexuality exists - “gay-in-waiting”, are attaching an oversimplified label to something that is incredibly complex.

Beets points out that Alex and other men like him are “attracted to women and into women as people”, which fits with their identity of being straight. But the way our society is structured, coupled with Alex’s own beliefs, means “the kinds of sex he gets with men he can’t have with women.”

“If you’re the sort of person who needs things in boxes  you’re going to put [people like Alex] in boxes, but you won’t necessarily be accurately connecting with their experience,” he says.

In this episode of BANG! we also hear from Linda Jane and Eddie, a couple who have been together six years, who are currently coming to terms with Linda Jane’s growing awareness of her attraction to other women.

Instead of bisexual, Linda Jane chooses to identify as ‘queer’, a term that was once a pejorative but has been reclaimed as an inclusive, umbrella identifier for sexual and gender minorities.

As Nic explains: “For people who don’t want their their identity or orientation defined or dissected, the term ‘queer’ offers a way to talk about themselves that acknowledges their experience of difference from heterosexual - or, indeed, homosexual - norms without being stuck in a box.”