In episode 3 of BANG! a group of 20-somethings share what dating and hooking up looks like for them, plus Eleanor Butterworth tells us about 'ethical sex', Hera Lindsay Bird reads a new poem, and Laura Borrowdale reviews a website dedicated to female pleasure. 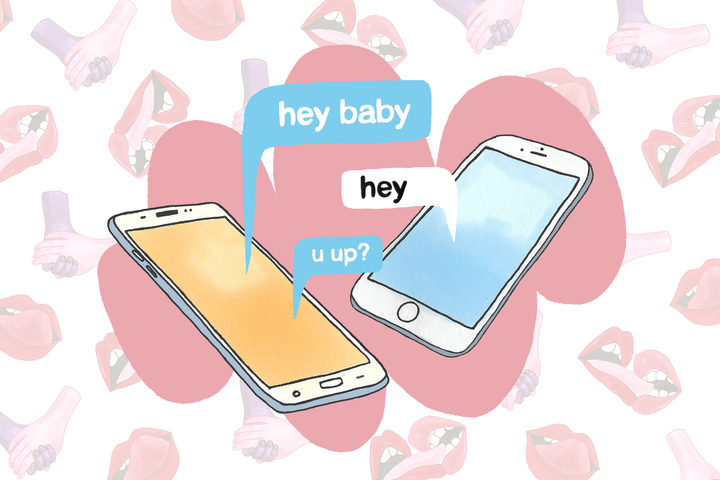 It is the natural way of things for older generations to decry the actions and values of those that follow. So headlines like this one and this one, labelling hookup culture as ‘rampant’ and ‘epidemic’ among millennials, should come as no big surprise.

But while they might have better access to birth control and face less social stigma for having casual sex, this 2016 study found that in their millenials in their early 20s are more likely to abstain from sex than Gen X’ers. Previous research also identified this group as having fewer sexual partners overall than both GenX’ers and Baby Boomers.

The misperception that millennials are hooking up more than ever might in part be driven by dating apps and social media - where those who are interested in casual sex are increasingly upfront about their desires. But even if it is sometimes jarring for older generations to read, one of the likely effects of this transparency is a wider normalisation of conversations around sex.

Eleanor Butterworth has worked with Wellington Rape Crisis and Women’s Refuge and is the project manager for NZ Rugby’s Respect and Responsibility programme. She says open dialogue around sex is an important part of moving towards a healthy sexual culture.

“The more normal it is [to say] ‘Do you wanna hook up? What does that mean to you? What do you like?’ … the better the sex that we’ll have will be,” she says.

For those who remain anxious that normalising conversations around sex equates to encouraging promiscuity, Butterworth has this to say:

“Sexual empowerment is about knowing what's right for you. For some people sex exists in this really special, sacred place that is part of a marriage or long term relationship, and for other people what’s right for them is casual… but all of those things should be imbued with respect… Even if they’re not the love of our life we’re still going to treat those people as precious as opposed to disposable.”