In this episode, Alice makes some inquiries upstairs about the charitable status of churches.  Why should Sanitarium not have to pay any tax? Why is “advancement of religion” still considered a cornerstone of charity? And is it true what they say about Kellogg’s and masturbating? Joined by comedian Eli Mathewson and a giant pile of Weet-Bix, Alice tries to take a charitable view as she hears different perspectives on the issue.  Head of the Interchurch Bureau Chris Bethwaite argues the case for churches as a social service, and tax advisor Andrea Black explains the origins of the exemption and whether it is still relevant today.​

Opinion: My general approach to tax is that I love it and I think we should all be paying heaps of it.  It’s a tangible way of proving that collectively we are a community with shared desires and that we need each other to truly thrive.  Honestly, I won’t hear a bad word about tax – I mean, look at all the great things we get to do with it! Healthcare! Education! Roads! All the good stuff comes from tax and personally, I want to pay lots of it.  I’m always surprised when people don’t share the same view as me.  It’s the easiest, laziest way to do your part. 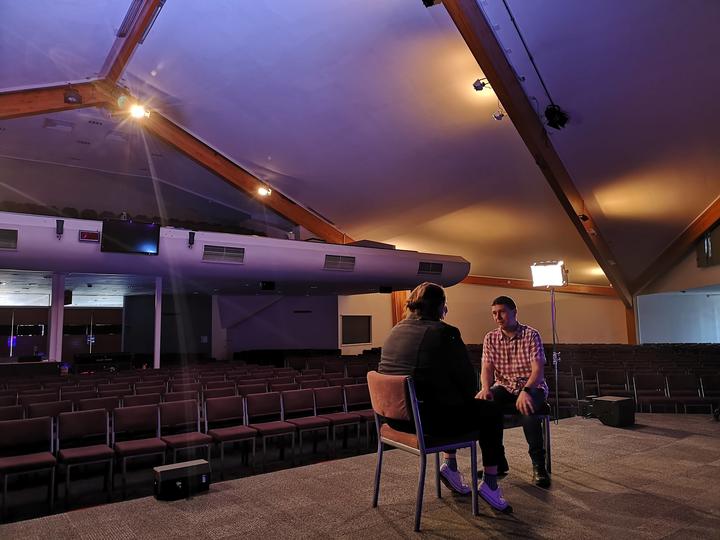 Full disclosure though, I don’t completely understand the tax system.  I don’t know how to claim stuff, I’m never sure exactly how much I owe, and I don’t know why I get some tax returned.  So, as an adult who is self-employed, I made the very wise decision to get an accountant and for the most part, I leave it to them.  However, as an adult who’s also worried that my ignorance will one day humiliate me, I’ve done my best to learn about it.  And it was in the process of learning about tax that I first discovered that churches are exempt from paying any.

This struck me as a strange loophole, because surely churches more than anyone would be keen to contribute to their community.  But it also felt strange because the rationale behind this exemption is that the church is undertaking charitable work, and this charitable work is deemed to be the “advancement of religion”.  I am of course in favour of charities receiving tax breaks, but I cannot get my head around how advancing religion is in and of itself, a charitable purpose.

When I was 12 I had my confirmation into the Catholic church.  I wore silver cargo pants and a silver vest.  It was not a typical confirmation outfit, but I was also not a typical confirmation.  From a young age I was extremely skeptical of the church, but my parents were devout Catholics and raised me to attend services every Sunday.  Once I turned 16, they reasoned the decision was now mine.  On my 16th birthday, the decision wasn’t difficult – I didn’t go to church again, except for special occasions.

I have not personally had a bad experience with the church.  In fact, my dealings with the church were mostly positive.  It was a generous community of people I liked; I grew up around priests and nuns and I loved hanging out with them.  Over the years, my biggest gripe with the church was just that I found it boring and that it was on at the same time as Gilmore Girls.

But I could never reconcile my personal experience with the wider church.  Even knowing my parents and admiring their values and integrity, and how these were shaped by the church, I still view it as a backward, oppressive institution.  Regardless of my experience, it’s undeniable that not only has the Catholic church perpetrated and covered up widespread abuse, it also continues to preach homophobia and systematically oppress women.

So, when the government offers tax breaks on the basis of the advancement of religion, I have to question: what is it we’re advancing? Which part of the religion is the government happy to implicitly endorse? Because as a tax paying citizen, I have no interest in conferring benefit on an organisation that explicitly excludes me on the basis of my gender and sexuality.