Why are kids so messy? Is it nature or nurture? And is there any way to make them pick up clothes and toys? Katy Gosset considers how to cultivate the clean gene. 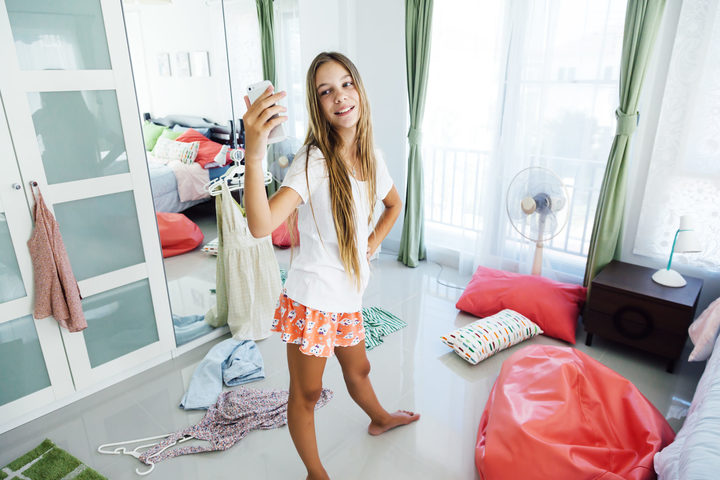 'The bane of our existence'. That's how Johnny* sums up the impact of daughter, Rosa's,* mess.

"Oh, she's terrible, she can be terrible sometimes."

"In terms of her room, you can't find anything in it and then she'll come in and ask you, "Where's this and that?'"

And he doesn't think he's alone.

"I think all parents are dealing with it."

Plenty of parents are going slowly mad with all the mess but not all for the same reasons.

Clinical psychologist Catherine Gallagher warns temperament, anxiety and an inability to meet parents' expectations are all in the mix.

High standards might also make children hope that their parents will take up the slack instead.

"They may know that, although there's a lot of noise and threat, Mum or Dad will eventually find it intolerable to have a messy room and will clean it out if I wait long enough."

Ms Gallagher said for others it was a straight out compliance issue.

"Tidiness might be just one of the many battles they have with their parents on a day to day basis."

And anxiety also played a role, causing some children to be over tidy.

"Parents might go 'Woo hoo, imagine that being a problem - I don't think so'.

"But, in fact, if tidiness is such an issue that even something being moved minutely is going to cause a meltdown, then you can see how it can actually be problematic."

Other anxieties might make children reluctant to throw out familiar items.

"So again I might have a hard time throwing out wrappers but if someone removes one of those wrappers then, actually, that makes my world feel pretty chaotic."

Last and, probably most annoying (because there's seemingly nothing we can do about it):

"For some kids, things being a mess, well, it just doesn't bother them. The idea that life could be easier if my room wasn't a tip and or if I could find things when I need them, just does not register."

But Catherine Gallagher said tidying up involved many useful life skills for children.

"Tidiness is about being organised, being able to find things when you need them, being able to put things away. Often it's about respect for property."

So how then to put good habits in place? 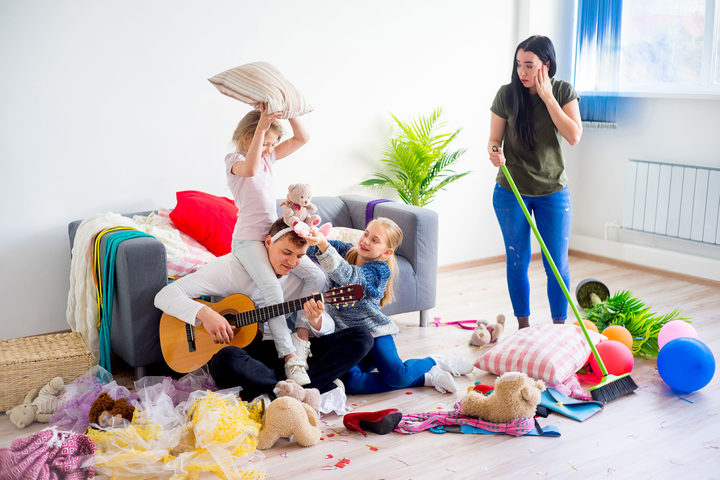 The first step was to make sure children actually knew what "Tidy Up!" meant.

"Whereas, in fact, if there's 25 things that need tidied, where do I start, what do I need to do? We can feel overwhelmed and that it's too hard."

Ms Gallagher said parents should assume the child needed some scaffolding and support to tackle the job.

"For a parent to take that stance as opposed to immediately seeing the child's lack of action as a compliance issue and them being naughty can mean you go towards the issue in a calmer way, and that's helpful."

Sometimes a child might have the skills to tidy but not the detail about how or when the job should be done.

'Be explicit about what you want and what's going to happen if that works well and if it doesn't work well, and then enact that."

And parents might have to step in and help.

"So again for parents to go 'I can see we've got ourselves in a bit of state here, actually you pick the job you least want to do or pick one job out of that list and I'll do it with you and that'll kick you off and get started."

But there must still be consequences. 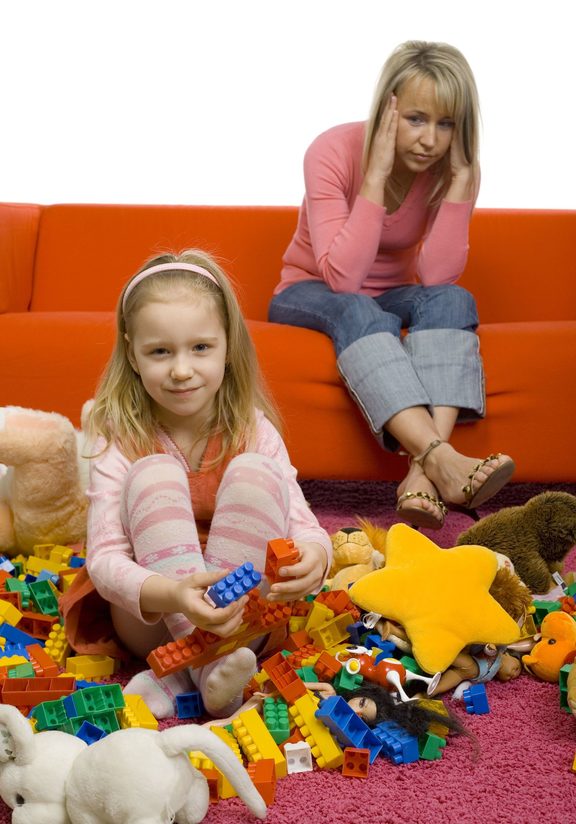 "So if you want to have nice things, good things, expensive things you actually need to treat them well and this is what treating them well looks like."

Ms Gallagher said patterns of behaviour, including respecting property and belongings, could be reinforced by confiscating items if children didn't treat them properly.

"There is a rule and here's the reason for the rule and that's just how we expect things to be done and if they're not done in that way then, in fact, those good things get put away in the cupboard."

Johnny finds he's often helping his daughter by doing the tidying for her.

"Most of the time when we're cleaning up, it's more that I'm in a rush and I can do it faster.

"I think that we just do way too much for her and we need to let her do it."

Catherine Gallagher warned that sometimes it wasn't that children didn't tidy, it was that parents had their own ideas of how it should be done.

"Sometimes that's the rub. It's that the child is actually making their bed but it’s not as good as we would do it."

"That's where we as a parent need to go ’Is the energy of getting the child to do it as well as I would worth the battle or, in fact, have they made it well enough?”

"Being realistic about what standard you're aiming for can be really important because, if your standard is perfection, most kids aren't going to get there," Ms Gallagher said.

To summarise: "Get general compliance sorted. In other words, be clear about expectations, drop the drama, make it their problem and follow through."

And if all else fails...

"Please don't forget that you always have the option to close the door." 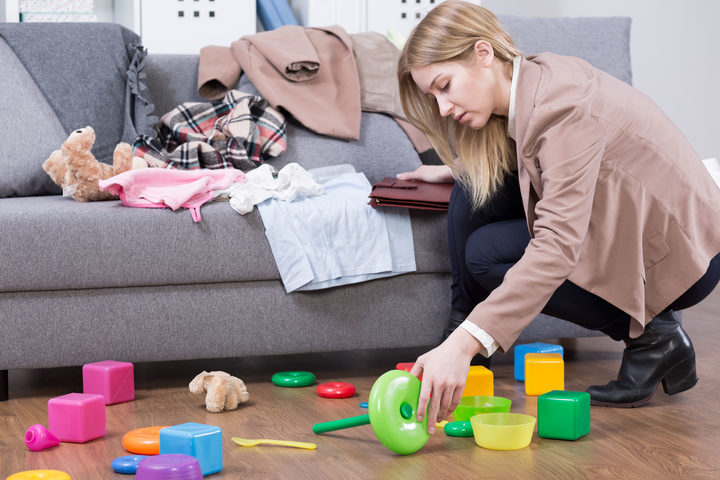 - Identify why your child is being messy. It could be anxiety or not knowing how to clean up rather than naughtiness.

- Don't do the tidying for your children just because it's easier, faster or you will do a better job

- But do be prepared to get them started by helping with a clean-up if they are overwhelmed.

- Be clear about what specific jobs are expected to be done and in what time frame.

- Be equally clear about rules around how toys or other property should be looked after.

- Set consequences in place if rules are broken or children aren't prepared to help tidy up.

- Make sure your expectations are realistic and achievable for your children.