Who will take care of us when we can’t take care of ourselves? And how much choice will we have in the matter, once the time comes? 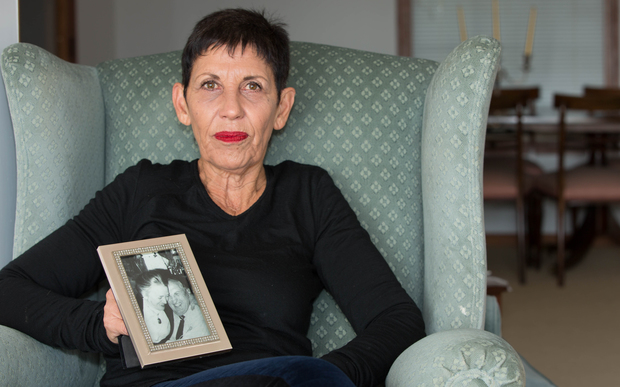 Janet Colby with a photo of her parents. Photo: RNZ/Claire Eastham-Farrelly

Janet Colby is in her early sixties. She lives in Auckland, with her partner and one grown-up son. She and her younger sister shared the care of their parents before they died. Both had wanted to stay at home as long as they could.

“My father went into hospital for elective surgery, supposedly for two weeks. And when he went to hospital we realised that mum needed support at home, couldn’t be left alone.

“Dad didn’t leave hospital. He was in there for three months, so we were basically caring for both parents.”

One of the side effects of living so much longer than we used to, is that age people also older when they join the Sandwich Generation - when they are caring not only for their own children, but for their ageing parents too.

Sandwiches used to typically be aged in their 30s and 40s, but that experience is being pushed out until later in life, when we have a full load of work, childcare and a raft of other commitments.

Janet’s mum died in August last year, aged 86. And over the nine months leading up to that point, she visited her almost every day.

“It was a privilege to give back some of the love that they’d given us over the years - and it was really stressful,” she says.

Although district health boards provide some support for people caring for relatives at home, the majority of the work falls to the families.

"Mum was under older people’s care,” says Janet, “they provided someone to come in three times a day. That was just to wash my mum and check on her, but that was very minimal and we really needed to be a voice and oversee what was going on.

Janet and her family were lucky to be able to rise to the  logistical, financial and emotional challenges involved in caring for an ageing, sick parent who wanted to stay in her own home.

"We didn't really talk about it, we just did it. I think the thought of going to a resthome is horrifying and I totally understand my mother, that she didn't want that."

Janet's mum died within a year of needing fulltime care, but there's no way of predicting how long relatives will need looking after.

According to a recent University of Auckland study, older people are more likely to end up in residential care in NZ than in any other developed country. Half of New Zealanders are in care by the age of 65.

Dr Hirini Kaa lectures in history and theology at the University of Auckland and is an ordained Anglican priest. Working for his iwi and community, he sees the pressures of caring.

“The challenge is how we do that in a very busy, a very challenging environment.”

He describes the sense of guilt felt by Maori when putting a loved one into an aged care facility: “Putting your loved ones, your elderly ones into a resthome for example really still feels like nails on the blackboard, but is becoming more and more common because it's the reality we’re facing.

Elizabeth Knox Home and Hospital chief executive Jill Woodward says deciding to go into care is “enormously difficult” for both families and the person needing care.

“It’s one of life’s big decisions and it's a huge life transition, and I don’t think it’s ever taken lightly. And I think that families and the resident go through enormous grief.

“I think families have tried so many creative ways of supporting their parent before they come into care."

*New episodes in this series will be available on rnz.co.nz every Wednesday and on air on the Sunday Morning programme.