A deal aimed at staving off dangerous climate change has been struck at the COP26 summit in Glasgow. 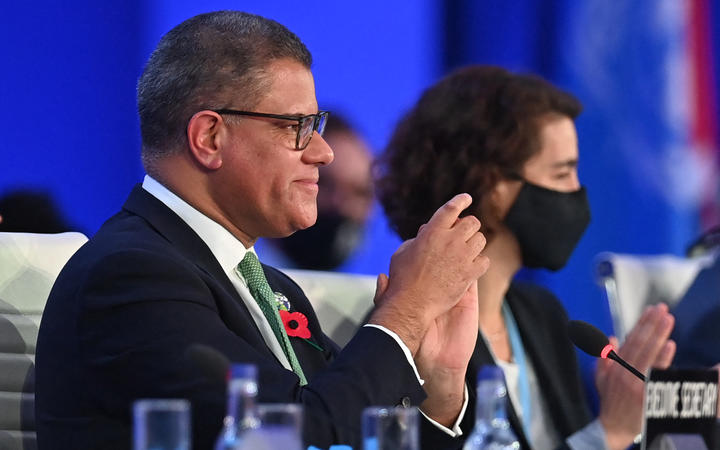 The Glasgow Climate Pact is the first ever climate deal to explicitly plan to reduce coal, the worst fossil fuel for greenhouse gases.

The deal also presses for more urgent emission cuts and promises more money for developing countries - to help them adapt to climate impacts.

But the pledges do not go far enough to limit temperature rise to 1.5C.

A commitment to phase out coal that was included in earlier negotiation drafts led to a dramatic finish after India led opposition to it.

India's climate minister Bhupender Yadav asked how developing countries could promise to phase out coal and fossil fuel subsidies when they "have still to deal with their development agendas and poverty eradication".

In the end countries agreed to "phase down" rather than "phase out" coal, amid expressions of disappointment by some.

COP26 President Alok Sharma said he was "deeply sorry" for how events had unfolded.

But he said it was vital to protect the agreement as a whole.

As part of the agreement countries have pledged to meet next year to pledge further major carbon cuts so that the goal of 1.5C can be reached. Current pledges, if fulfilled, are only though to limit global warming to 2.4C.

If global temperatures rise by more than 1.5C, scientists say the Earth is likely to experience severe effects such as millions more people being exposed to extreme heat.

Developing nations were also unhappy about the lack of progress on what's known as "loss and damage", the idea that richer countries should compensate poorer ones for climate change effects they cannot adapt to.

Despite the weakening of language around coal, some observers will still see the final deal as a victory, underlining that it is the first time coal is explicitly mentioned in UN documents of this type.

Coal is responsible for about 40 percent of CO2 emissions each year, making it central in efforts to keep within the 1.5C target. To meet this goal, agreed in Paris in 2015, global emissions need to be reduced by 45 percent by 2030 and to nearly zero by mid-century.

However Lars Koch, a policy director for charity ActionAid, said it was disappointing that only coal was mentioned.

"This gives a free pass to the rich countries who have been extracting and polluting for over a century to continue producing oil and gas," he said.

Main achievements of the deal