Explainer - New Zealand is among a group of so-called 'High Ambition Coalition' countries at the COP26 climate summit which has met with former US President Barack Obama. 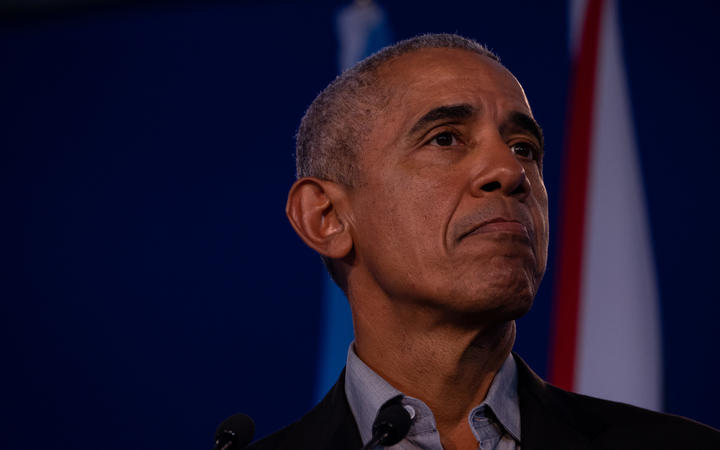 The coalition includes island states, the EU and the US, and is pushing for more progressive emissions targets and climate policies.

Obama spent yesterday (overnight NZT) at the summit in Glasgow, as the focus of discussions turned to issues facing the nations most immediately impacted by the devastating effects of the warming globe.

Despite New Zealand being part of the group, Climate Change Minister James Shaw said he did not have time to be in that meeting with Obama.

The coalition wants countries to increase their reduction pledges and double the amount being spent to help poorer countries adapt to climate change. It is also seeking a boost to the $100 billion pledged by rich nations - which is yet to to be fully materialised.

The group was key to getting the Paris Agreement target to try and limit global warming to 1.5 degrees over the line in 2015.

It also pushed for the net zero global emissions pathway by the second half of the century, and a five-year cycle for countries to update their reduction pledges - called Nationally Determined Contributions.