More than 20,000 people are converging on Glasgow in Scotland for the massive UN climate meeting which officially begins later today. 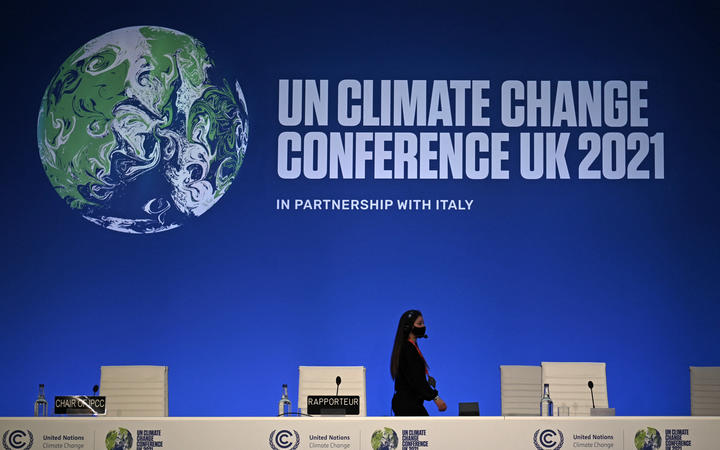 Final preparations are made for the start of The Procedural Opening of the COP26 UN Climate Change Conference in Glasgow, Scotland Photo: AFP

It comes after a major UN climate report in August confirmed unequivocally that humans are driving climate change, and that the effects will be catastrophic if emissions are not slashed.

Some of the main issues

Essentially, the COP26 summit is about hashing out the rules to the framework and goals set in the 2015 Paris agreement to keep the planet's warming well below 2 degrees, ideally 1.5 degrees, if there is any hope of avoiding a terrible climate catastrophe.

We're currently way off track. Emissions hit a record last year, and a 700 percent increase in cuts is needed. That's about the equivalent of China's annual emissions in worldwide cuts each year.

New Zealand's main priorities are: to finish negotiations on the Paris rules - that includes for international carbon markets that do not let countries double count reductions; to get countries to follow through on cash pledged to poorer countries; and to support the Pacific which faces being wiped out by sea level rise.

These are how much nations pledge to cut emission by.

A report out late last week said current pledges from more than 100 countries will cause temperatures to rise by 2.7 percent by 2050, which will trigger a climate catastrophe.

Expect a flurry of announcements from other countries in the World Leaders Summit during the first few days of the conference.

New Zealand announced yesterday it is boosting its pledge to cut net emissions from 30 percent to 50 percent below 2005 levels by 2030. 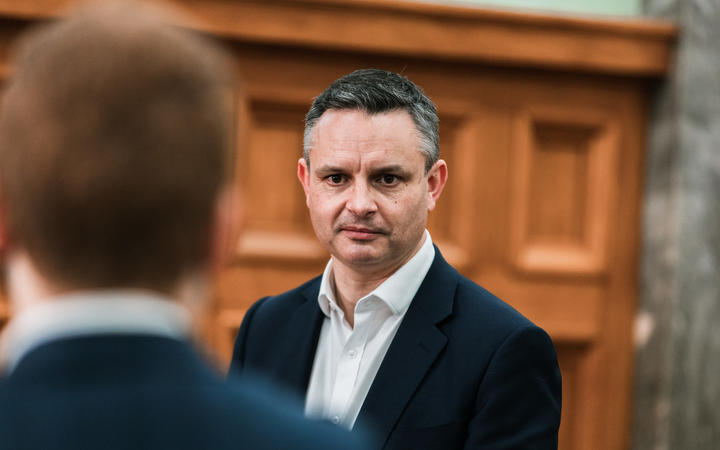 Climate Minister James Shaw said the amount of climate pollution New Zealand was responsible for in 2030 would be half what it was today. Photo: RNZ / Samuel Rillstone

Another big issue is finally resolving what's called 'Article Six', a dizzyingly complex bit of business left over from Paris.

It basically sets the rules for how international carbon markets will work. The markets allow countries which overachieve cutting emissions to sell credits to others which are struggling to meet their commitments.

There will be a big argument over whether leftover pre-2020 carbon credits can be used to meet pledges.

New Zealand will also fight hard to avoid countries being allowed to double count - that if a county sells an emission reduction to another country it doesn't also count the reduction in its own pledges.

New Zealand wants the framework for the international carbon market fleshed out and the programme established so it can start buying emissions reductions off other countries.

However, as Climate Minister James Shaw said yesterday, any trading scheme must have environmental integrity, and if it ended up anything like a previous version he would not touch it with a barge poll.

A major criticism of carbon markets is that they may not lead to actual emissions reductions.

Commentators have optimism Article Six could get over the line, but it may require concessions New Zealand finds hard to stomach.

A major sticking point this COP is getting the developed countries to follow through on pledges to give poorer countries $US100 billion a year starting 2020 to tackle climate change.

Earlier this month New Zealand quadruped its contribution, committing $NZ1.3 billion over four years - over half of which will go to the Pacific.

The practical stuff being done to prepare for warming.

At the moment it looks like COP26 will be focused on getting the world to commit to building early warning defences and greater infrastructure to protect communities.

An issue New Zealand has taken a leadership role in is about making sure it can be verified that countries are making the cuts they pledge to.

COPs (Conference of the Parties) are staggeringly complex beasts, with the dozen or so New Zealand officials from the Foreign Affairs and Trade, Environment and Primary industries negotiating in some of the 30-odd meetings going on at any one time.

Business and iwi representatives round out New Zealand's delegation, all subject to daily Covid testing, with Shaw heading to the second week of the meeting.

Only heads of state are invited to take part in the first World Leader's Summit on Monday and Tuesday (UK time). 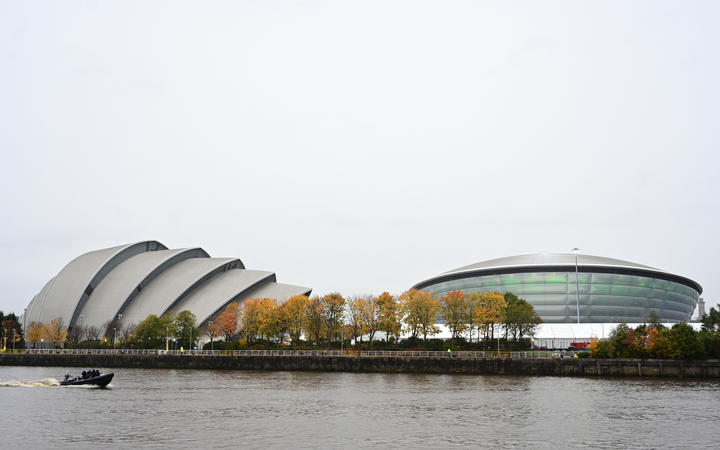 A police boat patrols on the River Clyde past the COP26 venue in Glasgow on October 31, 2021 ahead of the start of the climate summit Photo: AFP

Former Climate Change ambassador and Kyoto Protocol chair Dr Adrian Macey said to expect the breakthroughs to come once the politicians take over.

"That's what happened in Paris, its the only reason we got the Paris Agreement agreed. So, you can tend to see some of the big successes of the negotiations have been in spite of, rather than because of, the negotiators."

These massive meetings are becoming less important relative to governments actually just getting on and cutting emissions, Macey said.

"Some of the rules and regulations that will come out of the COP will be rather on the bureaucratic side and I don't think actually fundamental to getting stuff going, which is really what we should be focusing on."

The meeting has already been delayed by a year due to Covid, and safety rules like masking and other requirements will make already difficult negotiations even trickier.

Who will be there?

Prime Minister Jacinda Ardern is hosting APEC and won't be among the more than 100 heads of state at COP26 - China's and Russia's leaders also won't make it.

But the UK's Boris Johnston, Germany's Angela Merkel and US President Joe Biden - who resigned onto the Paris Agreement after Donald Trump pulled out - will be.

University of Canterbury professor Bronwyn Hayward said low expectations - world leaders are distracted by Covid and distrustful of each other - and Biden's moral clout has been shredded by the Afghanistan withdrawal and fallout from a nuclear sub deal gone sour.

What else is going on?

There is also a huge programme of side events with NGOs, scientists, companies and lobbyists meeting, with many picking these events as where some of the most important action occurs.

Watch for New Zealand's response to multilateral side agreements to reduce methane. Although this is mostly directed at plugging emissions from oil and gas sites, discussions about reducing agricultural methane emissions are definitely on the cards and New Zealand is going to come under increasing pressure internationally to act.

Young Māori climate activist India Logan-Riley has been to a number of COPs and is in Glasgow with other Maori and Pacific activists.

She will be adding her voice to indigenous peoples holding rich nations to account.

"Particularly New Zealand and other global north countries need to really be forfronting a reduction in emissions that is much faster than what they're demanding of global south countries.

"Because actually, we have the resources and the capacity to be able to reduce our emissions and so we should be doing that."

Land controlled by indigenous peoples contains 80 percent of the world's biodiversity, which showed they have solutions to the climate crisis and should be leading the discussions, Logan-Riley said. 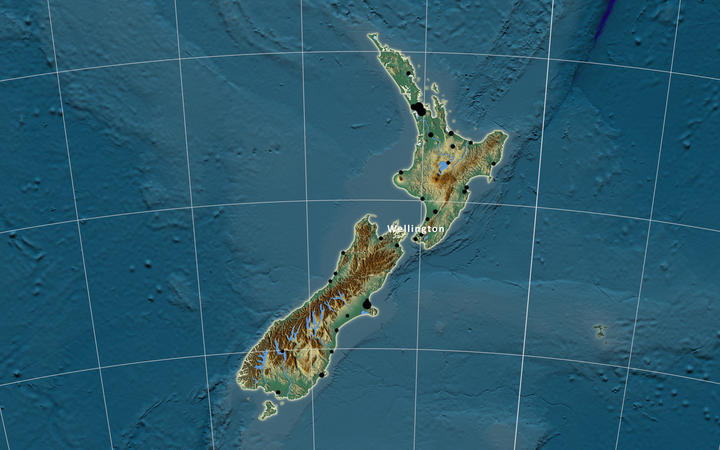 How does New Zealand rank overall?

Not great on actual reductions, emissions have flatlined, but reduction targets have been written into law and the government will release it's comprehensive climate plan in May next year laying the groundwork for getting to net-zero.

The government is trying to make up for decades of inaction in a short period.

A Reuters poll of economists has found the climate change damage wrought from doing nothing will far outweigh the investment needed to hit net-zero goal.

Professor Sims said despite New Zealand producing 0.17 percent of global emissions, we must do our fair share.

"The key point is that every person has the right to live on this planet and we individually in New Zealand are one of the highest per capita emitters of any country."

The summit officially ends Friday 12 November, but could stretch on for days.